Could allow seizure of repeat offenders' cars. But is City Attorney trying to delay civil suits? 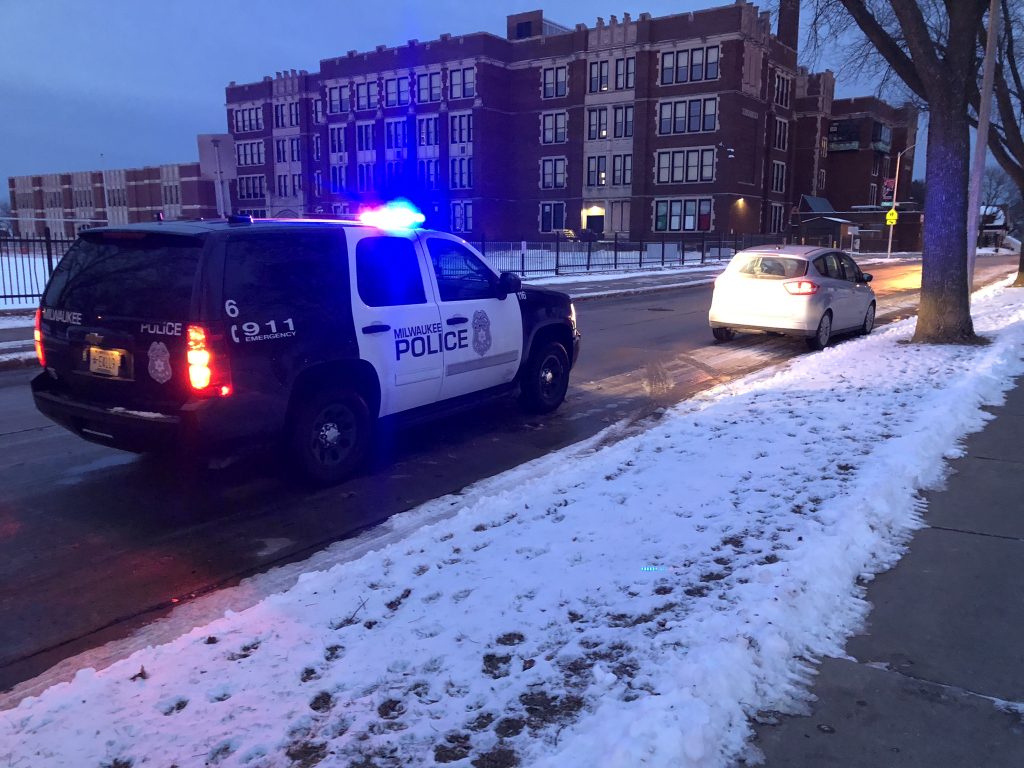 A Milwaukee Police Department officer pulls over a vehicle in Bay View. Photo by Jeramey Jannene.

A new strategy is percolating in City Hall to deal with repeat reckless drivers: sue them in civil court.

It could allow the city to potentially impound the vehicles of repeat offenders, or even jail the offenders.

The idea comes from Police Chief Jeffrey Norman and his chief of staff Nick DeSiato.

“I thought it was a very innovative idea,” said Alderman Michael Murphy to the Public Safety & Health Committee on Jan. 6. “It’s one of several tools the chief is using along with other innovative ideas.”

Norman created a traffic safety unit on Feb. 24. Through Jan. 9 it’s handed out 19,683 citations, including 11,075 for speeding. The officers assigned to the unit are now finding some familiar faces.

“We have 10 individuals that have been pulled over at least six times since Feb. 24,” said DeSiato. “Understanding we could pull over these individuals eight more times and their behavior wouldn’t change, we wanted to be creative.”

A civil lawsuit would be filed and a court order would be established to mandate better driving behavior. Those failing to comply could be subject to criminal or civil contempt, said DeSiato, which would open up an opportunity to seize their vehicle or have them held in jail.

“We think this is a creative and effective solution, but we don’t think this is the solution that will solve everything. It’s part of many efforts,” said DeSiato, an attorney.

“We were then advised that these efforts were being put on pause,” said DeSiato of a Dec. 15 message. City Attorney Tearman Spencer is holding off on implementing the measure.

Get a daily rundown of the top stories on Urban Milwaukee
Murphy and his colleague Jose G. Perez said this is an example of Spencer trying to be a policymaker instead of the city’s legal representative.

“While it may seem innovative on one level, there are still other aspects of it that need to be vetted before moving forward,” said Spencer’s chief of staff Celia Jackson. “We have not decided that that issue is one we do not want to do in the City Attorney’s Office.”

Common Council President Cavalier Johnson, before he was sworn in as acting mayor, requested a formal legal opinion on the matter on Dec. 17. His first action after becoming acting mayor Dec. 22 was to declare reckless driving a public safety crisis.

“That matter is being worked on right now,” said Jackson. “It has not been completed. It has to be reviewed by the City Attorney.”

But Murphy said he had not heard of any progress until he scheduled something for public discussion: hiring an outside attorney to do the work instead.

Murphy and Perez were both critical of how they believe Spencer, who is now running for mayor, is trying to create policy instead of providing legal services.

“I think this is a fundamental disagreement,” said Murphy. “They don’t make policy, the legislative body of the City of Milwaukee makes policy along with the mayor. I just want to be clear on that.”

“The City Attorney’s role is to let us know and advise us, because we are their clients,” said Perez. “I think this is crossing the line.”

“The City Attorney’s office is not trying to usurp the role of the council or usurp the role of the mayor’s office as it relates to this issue,” said Jackson. Since joining the office in July, Jackson has publicly tried to serve as a peacemaker in the fractured relationship between Spencer and the council. “I think we should be really careful about how things are being characterized.”

Murphy said he feared the assistant city attorney, whose name he did not disclose, that drafted the civil complaint would face retaliation for his action.

But he said he was happy to hear Spencer, via Jackson, was promising to move forward on the measure.

“I would much rather have them do their job than waste taxpayer money on outside counsel,” he said.