Why I Reject Critical Race Theory

I’m a Democrat and a liberal but I find the theory unconvincing and offensive. 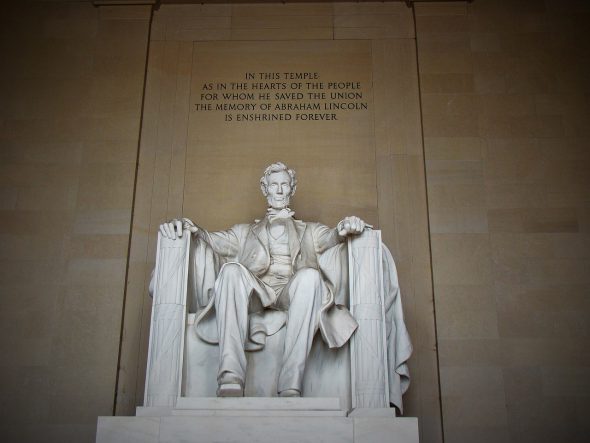 I call myself a moderate these days, but truth be told, I still meet most of the liberal litmus tests. I’m pro-choice, pro-labor and pro-environment. I think climate change is an existential threat as are Donald Trump and Ron Johnson. I’m for a higher minimum wage and higher taxes on the rich. I’m for lower prison populations and lower carbon emissions. I’m for a path to citizenship for undocumented immigrants and I’m for more bike paths for everyone.

But I start to get off the liberal train at the identity politics station. Because right now, for liberal elites and activists (though not for much of the rank and file) identity politics, and something called “critical race theory,” is at the very heart of what it means to be a liberal.

Let me try to explain how this theory departs from what I — and most Americans — believe. I’m against discrimination, I believe in the goal of a color blind society and I believe America is a place where everyone should have a fair shot at success based solely on their native talents and hard work. I believe my country was founded in 1776 on the idea of freedom and not in 1619 on a foundation of slavery.

Now, most average Americans would not view anything I wrote above as being anything but true, and certainly not controversial. It’s the traditional American creed.

But in most of academia, in the pages of the New York Times, on NPR and PBS and in the bluest of districts, I’ve just laid down the gauntlet. In places like that, it can feel like critical race theory is like gravity; a natural law that must be accepted.

But it’s not. It really is just a theory, like Marxism — actually a lot like Marxism. We have a choice. We can buy into or not. For myself, I find it both unconvincing and deeply offensive.

Most of us have encountered this way of thinking, but we might not know what’s behind it. When you hear phrases like “white privilege” or “white supremacy” or “systemic racism” or “equity” or “anti-racism,” that’s critical race theory being injected into policy discussions and the culture.

The basic idea is that the world is divided into “oppressors” and victims and that none of us control which group we fall into — that’s determined only by our race and gender. So, if you are a Black woman who went to Harvard Law you are a victim. If you are a white guy with a high school education who cleans her office, you are an oppressor.

Individual actions (and with it personal responsibility) are devalued, if not eliminated. It doesn’t matter what you do, what you think, or what your intentions are. You are not an individual, but a member of a group.

Last summer, a Madison alder reposted a screed that read, “No Good Police. No Bad Protesters.” That was a fair extension of this point of view. Good and bad are determined by which group you belong to, not who you are as an individual.

And to be a good “anti-racist” you have to deeply examine your every utterance and thought and also call out anyone who says something that’s not exactly right. So, for example, at a recent Madison city committee meeting, a member was called out and asked to resign for saying, “God bless George Floyd.” In response, the member apologized and committed herself to being a better “anti-racist.”

Continuing in this vain, the only way all of this oppressor and oppressed imbalance can be corrected is through some form of reparations. So, in fact, consistent with the theory, we should discriminate for a time, mostly against white males, so that we can correct these inequities.

We must also rewrite our history. We must believe that America itself was founded on racism. In its “1619 Project” the New York Times has declared it so, and it is even providing a handy curriculum so that this idea can be taught to school children.

There are the obvious problems with all this.

First, once we abandon the idea of individual responsibility, that undermines everything. If all success in life is due only to “privilege” and all failure only to “oppression”, then why even try? It’s a form of nihilism. Nothing matters. This undercuts the whole idea of personal initiative.

Second, once we get rid of the idea of basic fairness and actually endorse discrimination, when does it end? When do we decide that the balance has finally been struck, and who gets to decide?

Third, when we teach our kids that our country is actually founded on slavery, than why should they love it? Why should they fight for it? And why bother to even try to make it better? Why try to fix the house when the very foundation is rotten?

Fourth, America has been fundamentally about striving, it has been an aspirational place. Critical race theory is fatalistic. It turns America into a dead end.

Fifth, it’s hard to start a useful conversation with an insult. For example, up until about a year ago, “white supremacy” was a phrase reserved for neo-Nazis. Now, we’re told that we’re all white supremacists. Well, no, actually I’m not. And I’ll bet you’re not either, but I sure don’t like the sound of it and it doesn’t make me more receptive to the arguments of those who think this way.

And sixth, because I do support a lot of liberal policies, I would like to see the Democrats win more elections. But identity politics is a losing strategy for Democrats. As liberal New York Times columnist Ezra Klein has pointed out, the electorate is center-right and so Democrats can’t move too far left and win.

Look, I get it. For too long we have told ourselves a narrative of our country that was too sanitized. We have not been willing enough to confront what’s still wrong with America. There is no question that slavery and Jim Crow are national stains that can’t be just wiped away. It’s good to be honest with ourselves.

But that’s my point. We need to be honest with ourselves, not overcompensate by inventing a narrative that portrays America as something that it’s not. We have done bad things, but we are not bad.

Every American civil rights leader from Frederick Douglas to Martin Luther King was telling us that America made wonderful promises, but now it was time we kept those promises to everyone. Critical race theory tells us that the promises themselves were never real and that we need to replace them entirely with something else.

That something else is what Black intellectual John McWhorter has characterized as, “nonsense posing as wisdom.” Critical race theory, McWhorter points out, is replete with internal contradictions and, much like a religion, when backed into a logical corner it plays the dogma card. You must believe, and all the more so precisely because it makes no sense. That’s the essence of faith.

I’m still with Douglas and King. I want America to keep its promises to everyone, but I still love the promises it makes.

So, I am against racism, but I am not an “anti-racist,” as I’ve come to understand the meaning of that term. I am for equality, but I am not for “equity,” as I interpret the use of that word. “Anti-racism” is like China’s Cultural Revolution. It’s the calling out of anyone who deviates even slightly — or even agrees but without sufficient enthusiasm — from the party line. And “equity” is about intentional discrimination against the “oppressors.”

And there is a certain amount of Jacobin terror out there. If you’re a young professor looking for tenure, you place your career in peril if you disagree with any of this. If you publish books or edit a newspaper, magazine or website and you publish something that runs counter to the dogma, you can find yourself booted by your own staff. If you run a business, but don’t fall in line, you can be run into the ground by a boycott and a besmirching of your brand.

That’s why I think it’s so important for liberals, like me, with nothing to lose, to speak up strongly and just say it in clear terms: you do not have to accept critical race theory. It’s okay. You can still call yourself a liberal. You are still a good person. And you are not a racist.

If enough people say this out loud, then maybe we can make the world safe again for ideas and for classical liberal values. We can end the terror.

Because my own theory is that the American system contains the means of its own correction. I like Bill Clinton’s formulation: “There’s nothing that’s wrong with American that can’t be fixed with what’s right with America.”

13 thoughts on “Op Ed: Why I Reject Critical Race Theory”