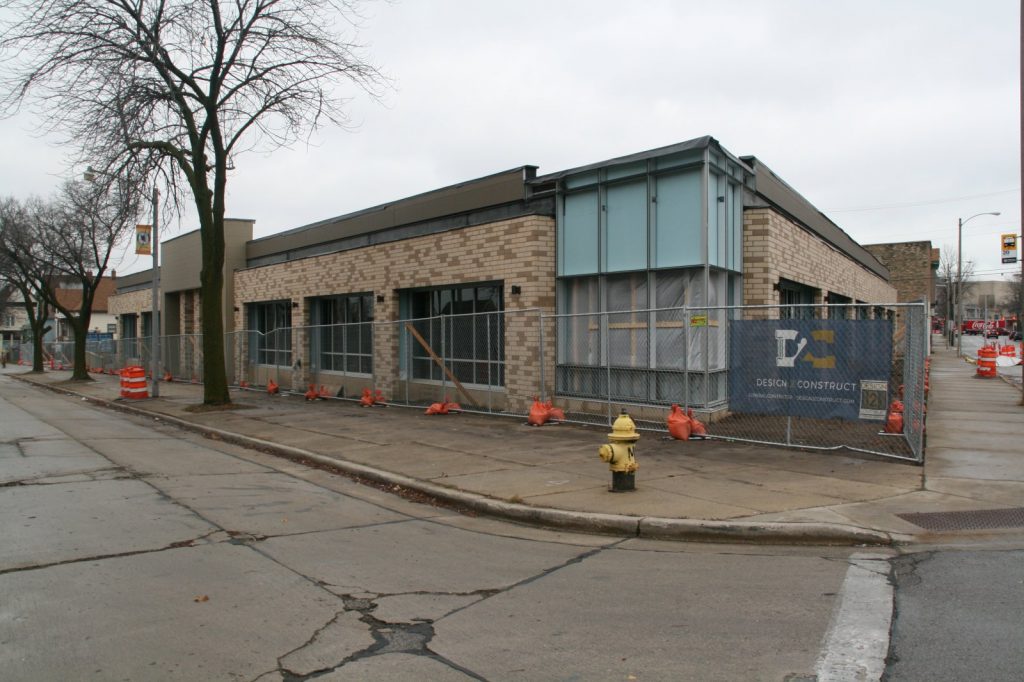 The clinic will be the sole tenant in a one-story, 18,000-square-foot building being developed by ICAP Development. It will provide urgent care, mental health and behavioral health services, primary care and imaging.

“The clinic will be in the ZIP code that has the highest density of children in the state,” said Mary Sisney, vice president of Primary Care at Children’s Wisconsin, in an October 2020 statement. “This location is ideal for families being close to numerous schools, being on a bus line and providing ample parking. We are excited to relocate and expand to best serve families in this neighborhood.”

But the new, $5.4 million clinic will likely be best known in its first years for what it replaced: the Forest Home Library.

The Milwaukee Public Library relocated the southside branch to 906 W. Historic Mitchell St. in 2017, but preservation advocates launched a campaign to save the building after it was revealed that ICAP would demolish it.

Designed by Fritz von Grossmann, the one-story library building was completed in 1966. Advocates of its preservation said the library was among the city’s best examples of the Mid-Century Modern style, well preserved and suited for reuse, while opponents said the building was energy inefficient, outlived its useful life and that efforts to give it historic designation should have come earlier.

Area Alderman Jose G. Perez said that after substantial reflection he didn’t think it should be historically protected and noted that advocates came forward to save it only when it was threatened with demolition. Advocates meanwhile said it was listed for sale with the condition of reuse. The council agreed with Perez and voted 14-1 to overturn the Historic Preservation Commission‘s designation recommendation.

Get a daily rundown of the top stories on Urban Milwaukee
It was the third time the city had tried to sell the site. Immigrant rights group Voces de la Frontera was poised to buy and rehabilitate the building in 2018, but that project fell through, as did a second sale to HK Gill Properties.

The prior building received awards for its use of Cor-Ten steel, but ICAP representatives said that material was one of many issues that actually were a detriment to the building’s future suitability.

“Structurally speaking this building is in fine shape,” said ICAP’s Brian Adamson in December 2020. “But it is more appropriate to call this building a pavilion.” He said the building was only well suited to a single, highly-visible internal use. Adamson said the replacement building would use less energy, honor its design and improve ingress-egress transportation issues.

Steven Petitt, a partner and architect with Groth Design Group, working for ICAP, said the building lacked sufficient insulation. “This building does not just need a few select upgrades, it needs all upgrades,” he said.

The city ultimately sold the property for $427,500 to ICAP in February. Veit & Company completed demolition of the structure by July 15 and the new building rose quickly.

Much of its exterior is now complete, while signage at the site promotes that the new clinic will open in summer 2022. 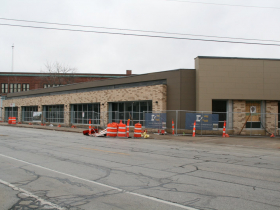 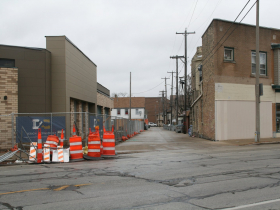 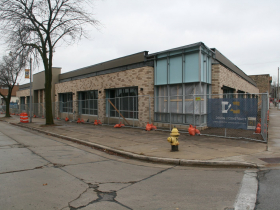 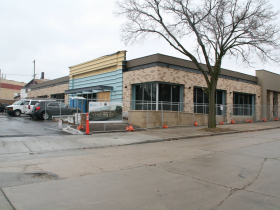 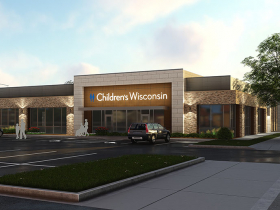 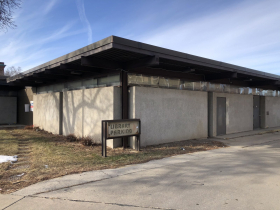 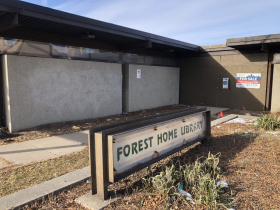 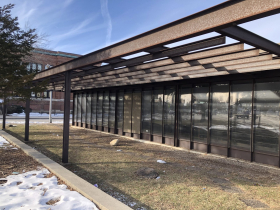 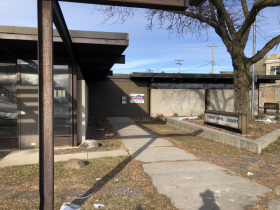 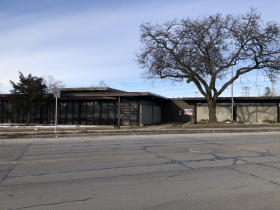