That is county's portion of national lawsuit in which Milwaukee played key role. 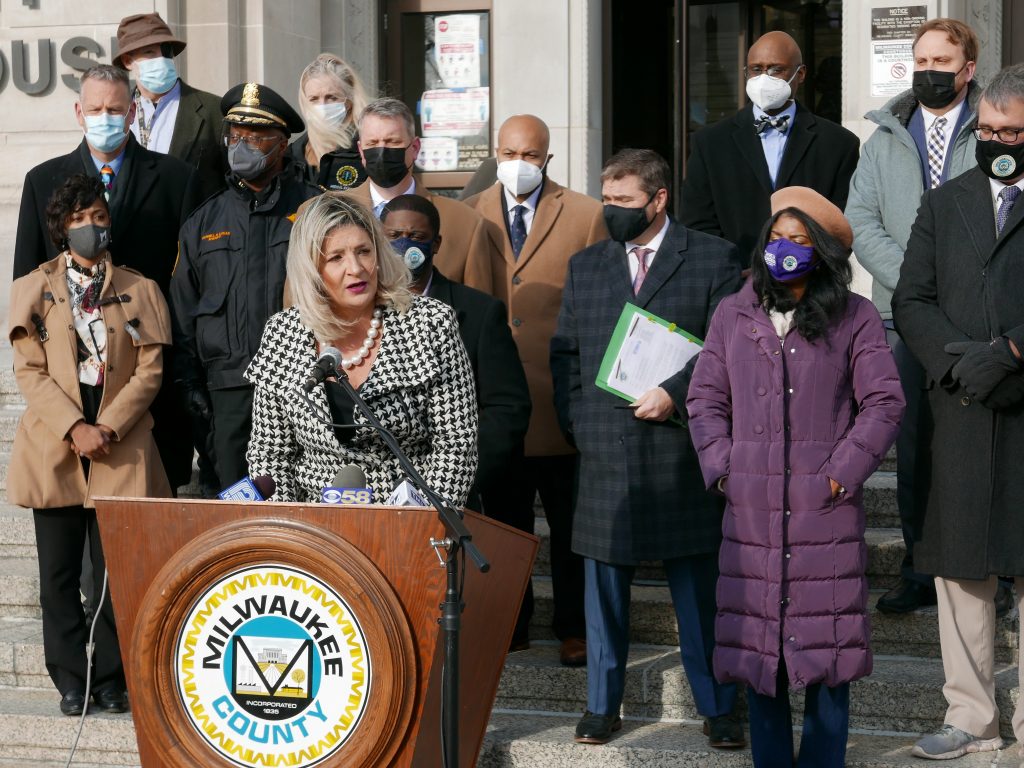 Milwaukee County Corporation Counsel Margaret Daun would have liked to see the leaders of pharmaceutical manufacturers and distributors of opioids in jail, but, barring that, she’ll settle for their money.

Milwaukee County, joined by counties and municipalities from around the country, recently finished negotiating a settlement with a handful of opioid manufacturers and distributors that will bring $71 million to the county and can go directly into combating the opioid epidemic and treating the human suffering it has caused.

Taking the county’s portion of the settlement together with those awarded to municipalities within the county, the Milwaukee area will see nearly $100 million in funding for combating the opioid epidemic; and Southeastern Wisconsin will receive approximately $140 million, including all settlements to governments within that region.

This settlement is likely only the first, Daun said. The county is also involved in lawsuits related to the opioid epidemic against pharmacies like CVS and Walgreens, and against McKinsey & Company, an international consulting firm that worked with Purdue Pharma, the now infamous pharmaceutical company owned by the Sackler family that produced the drug Oxycontin.

The suit successfully argued that the manufacturers and distributors of prescription opioids misled the public on the risks of long-term use of the drugs and paid no attention to suspicious orders of the highly addictive drugs.

Get a daily rundown of the top stories on Urban Milwaukee
The county was intimately involved in the litigation, as Daun represented Milwaukee as one of only five jurisdictions that argued before a federal judge in court in 2019. It joined in the suit in 2018, following authorization from the board and then county executive Chris Abele. Local private attorneys Scott Wagner of Mallery S.C and Andrew Phillips of von Briesen & Roeper provided outside counsel to the county on the lawsuit.

“I was able to turn to the chief executive officers of the manufacturers and distributors of opioids and tell them the toll that it has had on our community, both from a personal and a community wide standpoint,” Daun told the county board’s Judiciary, Safety and General Services Committee Tuesday. “And I gave them that indictment in no uncertain terms.”

She added, “To this day, I consider it an incredible failing of our justice system that none of these individuals will ever see the inside of a jail cell.”

Milwaukee County, and other counties and municipalities in the state, are getting the best deal from the settlement of any local government in the country, Daun and County Executive David Crowley said, at a press conference Tuesday.

In June, the state passed Assembly Bill 374, which created a process for settlements from multi-district opiate litigation that provides counties and municipalities with 70% of the proceeds from the settlement. Daun said her office and the county executive’s office were deeply involved in lobbying for that legislation.

“This settlement signals accountability for all the parties responsible after years of opioids devastating our communities and taking our lives too soon,” Crowley said. He added that the county has been on both the frontline of the opioid epidemic and the legal battle seeking relief from the companies that were involved in perpetrating it.

Nicholson said local governments are the public institutions closest to those fighting and suffering from opiod addiction and the structure of settlement payments in Wisconsin – giving local government 70 cents of every dollar – puts the money “in the hands of those that are best equipped to do the most good.”