A Ghost Town On The River

Just north of Locust St. along the Milwaukee River are the remnants of homes in the River Colony. 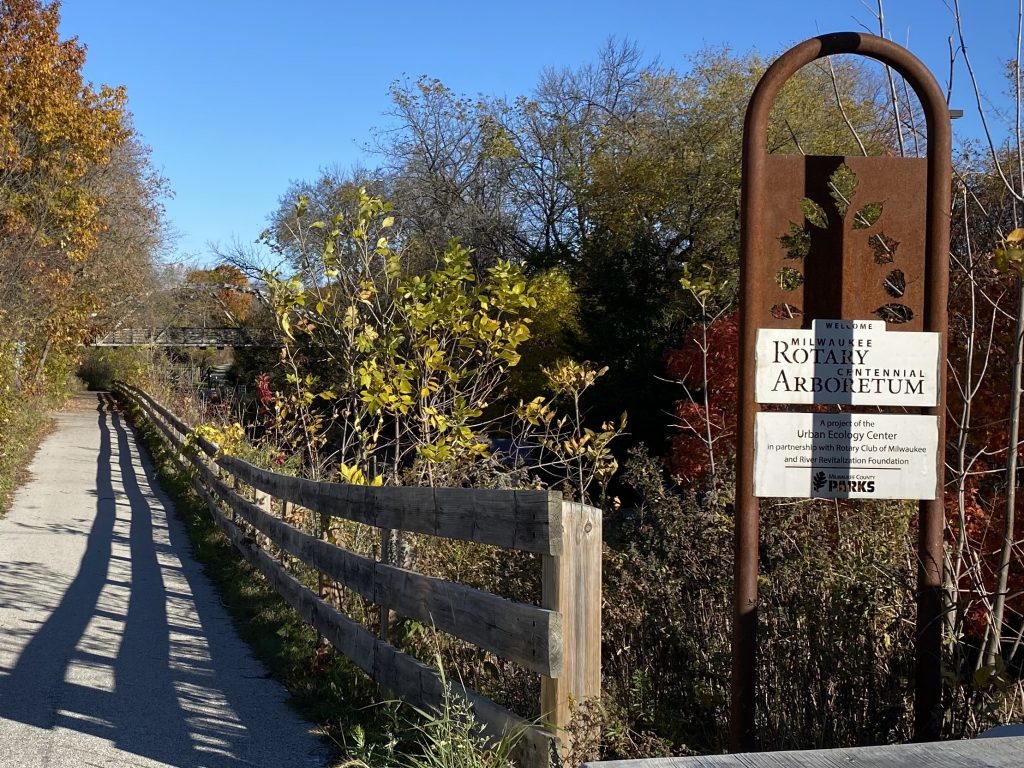 Where the walk starts by the Urban Ecology Center. Photo by Cari Taylor-Carlson.

Once there was a small neighborhood along the Milwaukee River barely north of the Locust Street overpass. Half a dozen homes were shoehorned in between the river and the Chicago and Northwestern Railroad right-of-way, now the Oak Leaf Trail.

Milwaukee historian Carl Swanson has called it the “River Colony,” though it may have been considered part of the Cambridge Heights neighborhood, the area between Oakland Avenue and the river and between Locust Street and the southern border of Shorewood.

By then the River Colony along the neighborhood’s western border was a ghost town, which today is seldom seen except by a few intrepid runners and walkers who scramble down the bluff to a trail that hugs the edge of the river.

For the less intrepid, this walk takes an easier route to the river trail by starting at the Urban Ecology Center and following a gentle trail that leads gradually downhill to the river and Cambridge Woods Park where you will see a few graffiti-covered concrete foundations, crumbling stone walls, and home-sized indentations in the bluff. These are the sole remnants from this once bustling neighborhood where residents had their own electric grid, sewer system, and despite their proximity to the river, their own well.

Imagine living that close to the river while a city grew up on the bluff above you, out of sight, making this a bucolic paradise. Well, almost paradise. Thanks to their extreme isolation, the residents’ route from the city on top of the bluff to their homes was problematic. Winter was manageable. They accessed their homes by crossing the frozen river from the west thanks to the North Avenue Dam that kept the river wide, shallow, and frozen.

After the ice went out in spring, the way home was no longer an easy stroll across the ice. If you think only the hardy chose to live in Cambridge Woods, you might be right. As Swanson described in Lost Milwaukee in 2018, “in summer they had to park on Cambridge Avenue, cross Locust Street, descend a flight of wooden stairs to a tiny railroad platform and cross three sets of tracks before finally arriving at home.”

Families lived there until a 1960s plan to build a parkway from North Avenue to Hampton Road alongside the east bank of the river forced their exit. Think of it! There would be no Riverside, Hubbard, or Estabrook parks as well as no Urban Ecology Center, and instead of these green spaces, there would be a four-lane parkway and of course, riverside condos.

But by the time residents killed the plan, the occupants of these homes by the river had been evicted…

This walk begins by the parking lot for the Urban Ecology Center. Walk across Park Place and straight ahead you will see a paved trail next to the sign for the Milwaukee Rotary Centennial Arboretum. Follow this trail and turn left on the paved trail that comes up right away. Follow this trail to the kiosk and turn left again. Keep going straight on this paved trail past a bench until you see a split rail fence, and on your left, steps going down. At the bottom of the steps, follow the gravel trail which will take you to the river.

Turn right and soon you will come to the Locust Street overpass and the end of the Centennial Arboretum. Here the gravel trail becomes more rugged and as you walk north you will begin to see the concrete ruins of homes that once populated Cambridge Woods. Some are covered with graffiti, others barely visible in the weedy undergrowth. Behind the crumbing foundations are remnants of rock walls, perhaps retaining walls for these homes built into the bluff.

As you walk north you pass steep stone steps that lead up the bank, a wooden dam on the river that’s a leftover from the days when the Schlitz Brewing Company harvested river ice, and a stone wall on the bluff made of limestone slabs.

After you pass an opening to a tunnel, the path widens and becomes less rocky. On the left look for a giant rock, most likely a glacial erratic. If it’s an erratic, it was transported by the Wisconsin Glacier approximately 20,000 years ago and left behind after the ice melted. It may have come to its final resting place alongside this trail from a location hundreds of miles away.

After you pass these markers, watch for a steep gravel path on your right that will take you up the hill to join the Oak Leaf Trail. Turn right and walk south on the trail, past the Urban Ecology Center gardens, to a fork in the road. Take the upper trail, walk under the bridge, and soon you will see Park Place and the end of this walk.

You have glimpsed an oft overlooked piece of Milwaukee’s history, a ghost town easily viewed from a trail that offers a peaceful saunter along the Milwaukee River. 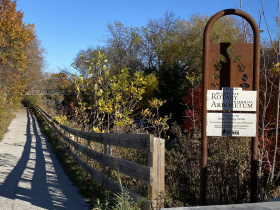 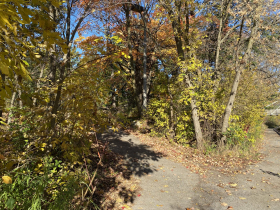 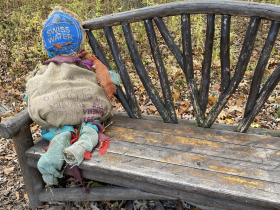 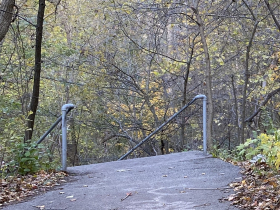 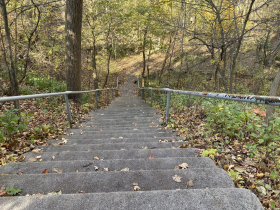 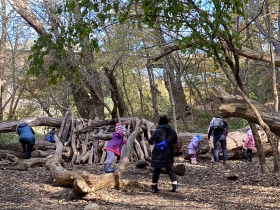 2 thoughts on “Milwaukee Walks: A Ghost Town On The River”