By Jonah Beleckis, Wisconsin Public Radio - Dec 11th, 2021 02:53 pm
Get a daily rundown of the top stories on Urban Milwaukee 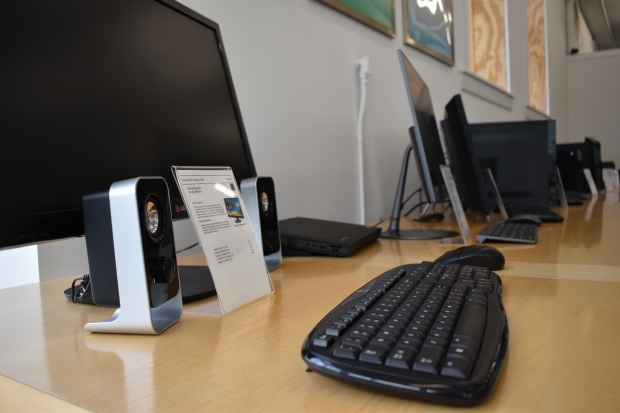 To close out the year Gov. Tony Evers predicted would be the “Year of Broadband Access,” the state’s Public Service Commission opened applications for up to $100 million in grants it wants to award in summer 2022.

Evers started 2021 with his declaration during the State of the State address, and the commission’s chair reflected this week on what she called an “incredibly productive 2021.”

She added that the state commission can dig deeper and get more complete estimates than the Federal Communications Commission.

The $100 million is part of $129 million included in the 2021-23 budget Evers signed in July. A Dec. 1 news release from the commission said it’s planning to award up to that $100 million in early summer 2022, with applications (available on the PSC’s website) due March 17.

These aren’t the first grants the commission will be giving out. Jerel Ballard, state commission communications director, said in an email that since 2019, PSC has given out money for projects that will provide access to new or better broadband service for more than 300,000 locations.

Additionally, the commission was awarded $100 million in funding from the American Rescue Plan Act. During that process, 242 applicants asked for more than $440 million.

The guidance on how to distribute the federal dollars was different than the state’s grant program, Valcq said. The focus for the federal funds was fiber, “which we all know is sort of the gold standard” in broadband connection. The federal funds also called for attention to “smaller cooperatives.”

With all these funds coming in, Valcq said the statewide grant program’s success means they’re better able to handle the influx of federal dollars.

“We have been able to really hit the ground running because of the infrastructure that we have in place when it comes to understanding how to target dollars to ensure that broadband infrastructure is going exactly where it’s needed,” she said.

Valcq said the broadband issue is like a “three-legged stool,” with one leg each being infrastructure, affordability and adoption. She clarified that adoptions includes matters of digital literacy and device availability, for example.

She said “throttling,” or when internet providers deliberately slow internet speeds, is a common complaint the commission sees.

Evers in his budget proposal had a provision that would have helped consumer protection and pricing transparency in broadband, but she said that didn’t ultimately pass in the budget’s final version.

“Unfortunately, right now as we sit here, we don’t have enough consumer protections in place,” she said.

Evers at the beginning of the year said access to high-speed internet isn’t a “luxury.”

“It’s a necessity,” he said. “Every Wisconsinite across our state should have access to reliable, high-speed internet. Period.”

Valcq agreed, but she knows they have not reached that goal yet.

“We know that there is still work to do,” she said.

Applications for $100M from state for broadband expansion are open was originally published by the Wisconsin Public Radio.

One thought on “State Offers $100 Million in Broadband Grants”