Pilot program at two theaters for only vaccinated audiences has good results.

By Diane Bezucha, Wisconsin Public Radio - Dec 6th, 2021 03:57 pm
Get a daily rundown of the top stories on Urban Milwaukee 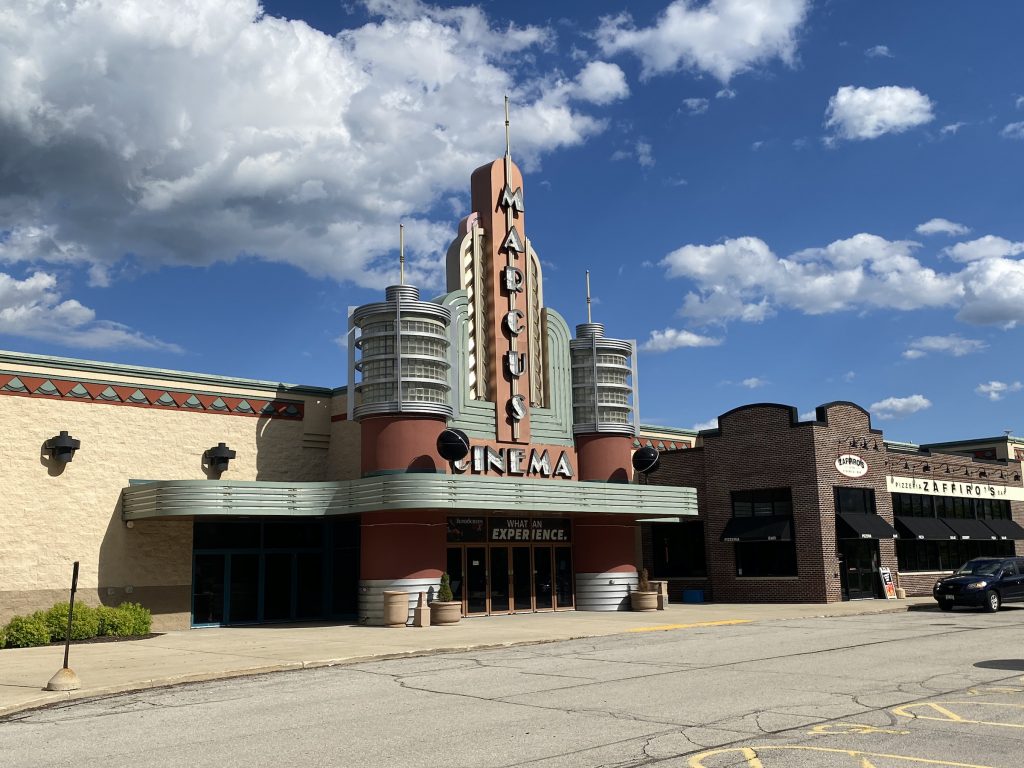 As Wisconsin battles another surge in COVID-19 cases and braces for the omicron variant, a new offering from Marcus Theatres may seem even more enticing.

Marcus Corp. CEO Greg Marcus said they heard potential moviegoers wanted to return to the cinema but were afraid of COVID-19 exposure. The company requires its theater employees to wear masks, but moviegoers are only subject to local ordinances, very few of which still include mask mandates.

“We said, ‘Well, maybe if we created some show times that were just for vaccinated people, maybe that would drive some more business.’ And so we did. And we’re trying to see if it works,” said Marcus.

And so far, things are going smoothly. While he wouldn’t share attendance numbers, Marcus said the first few weeks have been encouraging.

“We had people show up. I’ll say that,” said Marcus. “They weren’t empty.”

The company sees this as a pilot program, and they’re watching closely to determine when and where to expand. As of Friday, they added Sun Prairie’s Palace Cinema.

They started with “King Richard” and “Ghostbusters; Afterlife,” hoping to lure back the more reluctant older audiences, but recently added “House of Gucci” and “The Eternals.”

Many performing arts and event venues in Madison and Milwaukee already require proof of vaccination, as do all Broadway theaters in New York City.

But movie theaters have lagged behind.

AMC Theatres and Regal Theatres both have COVID-19 safety guidelines on their websites that recommend masks, but neither company has gone as far as a vaccine requirement.

“You’re sitting with a bunch of strangers,” said Adgate. “You don’t know who’s around you, what their status is in terms of vaccination or wearing a mask or whether they’ve had COVID.”

Adgate said part of the problem is how politicized COVID-19 vaccines have become — mandates can lead to backlash or lawsuits in some cases.

“I think perhaps they just don’t want to get in the middle of that,” said Adgate.

Officials with both AMC and Regal declined to be interviewed for this story.

Marcus said his company thinks of themselves as innovators, not afraid to take risks on new ideas. But they’re still covering their bases. He said they have enough screens to run a general admission and vaccine-only showing of the same film simultaneously. And he likened it to accessibility.

But Marcus said this was ultimately a decision about business. With vaccines widely available and most production companies back up and running, the movie industry is slowly recovering, but experts say it will be a long, uphill battle.

“It’s still got a long way to go in capturing what it had been, when box offices routinely exceeded $10 billion for the total year,” said Adgate

But 2021 is looking stronger. The Marcus Corp. — which also operates hotels — saw their first profitable quarter since the pandemic. Theater admission for Quarter 3 alone jumped from $3.1 million in 2020 to $38.2 million in 2021. And concession sales climbed from $3.2 million to nearly $36 million.

But they still haven’t reached pre-pandemic levels, which is why tactics like vaccine-only showings could be essential to lure back as much business as possible.

Theater companies are also fighting against the wind in a changing industry.

In 2020, subscriptions for at-home streaming services like Netflix and Disney+ skyrocketed, accelerating a trend that was already underway before the pandemic.

In addition, Adgate says the increasing cost of going to movies has become a deterrent for many people. Admission and concessions can cost more than $20, whereas an unlimited service like Netflix is about $10 per month.

“I think 2022 will be better than 2021. But will it ever come back full circle to what it was before the pandemic? I think there’s a lot of reasons that won’t happen,” said Adgate. “That’s not to say that movie theaters are going to go away. It’s just going to be a different business model.”

And many experts agree that going to the movies will look a little different moving forward. Beyond vaccine or mask mandates, theaters have moved to an increasingly digital and contactless model of ticket and concession sales. Private theater rentals — which became popular during the pandemic — will likely continue. And as theater owners entice audiences not just to come back but to come back more frequently, loyalty programs and perks could be big.

For now, Marcus said the focus is just on reminding people what it’s even like to go to the movies.

“Going to the movies is a different experience than watching something from that dent on the couch,” said Marcus.

He went back for the first time this spring, after he got vaccinated. As the lights went down he realized he wasn’t distracted by his phone, the sound was great and the screen was much bigger than his own TV.

“You really pay attention and you get drawn into the movie,” said Marcus. “It’s so easy to forget until you go do it again.”