Apollo Cafe Is A Winner 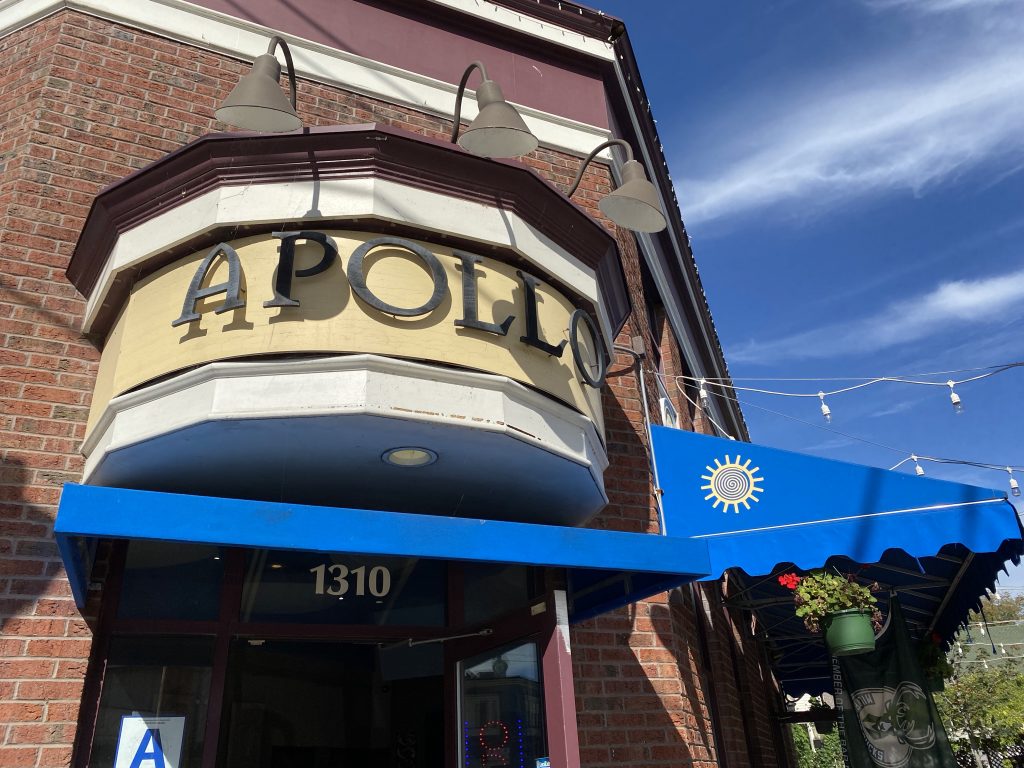 If a restaurant can survive on Brady Street for more than 20 years, it’s doing something right. When the food, the price, and the service converge into a solid “excellent,” customers are sure to be pleased. Or as a companion noted on a recent visit, “I want to order one of everything on this menu.”

If unfamiliar dishes at Apollo Cafe like Spanakopita or Pastitsio sound intimidating, then start with a Gyros Sandwich, the most popular choice on the menu where Greek specialties define the food.

For the Gyros, the chef piles thin slices of shaved lamb and beef on lightly grilled pita bread and tops the meat with sweet onion, sliced tomato, and chunks of feta cheese. Pepperoncini, Greek olives, and lettuce, round out this oversized sandwich where delicious, complex flavors in the meat take it far beyond simply beef and lamb. At Apollo it’s called a sandwich, but plan on using a knife and fork to devour this stack of meat and its accompanying accoutrements including a Tzatziki/Cucumber Sauce which tasted more like plain yogurt than cucumber, garlic, and mint.

For a deeper dive into the Greek cuisine at Apollo, order the Combination Plate with its classic Greek specialties, Spanakopita, Pastitsio, Dolmathes, and several slices of Gyros meat.

For Pastitsio, a Greek mac and cheese, the chef layers macaroni with ground beef seasoned with cinnamon and clove and tops it with creamy bechamel sauce. The dish is baked and served in a large square similar to a serving of lasagna. It’s Greek comfort food.

The Spanakopita, spinach and feta cheese baked in crispy filo dough, is a healthy serving of a Greek classic. The spinach and feta each have their own voice inside the buttery filo which gives the dish a good balance of flavors and textures.

For the Dolmathes, the chef stuffs grape leaves with more of the cinnamon/clove seasoned ground beef. A squeeze of lemon adds a bright tang to the cigar-shaped package, best eaten with fingers, not forks.

This Combination Plate comes with a choice of potatoes or Spankorizo. I ordered the one I couldn’t pronounce, also known as spinach and rice. This blend of rice, spinach, and onion, combined in a spicy tomato sauce, was not what I expected. Instead of plain white rice which I did expect, I was served a plate of something I could have called a meal, a delicious ample side dish, a surprise I will absolutely order again.

The chef uses the same seasoned ground beef in Moussaka, a dish similar to Pastitsio that layers the beef with sliced eggplant and potatoes instead of macaroni. The same bechamel sauce finishes the dish. Hiding in the moussaka I found a fresh bay leaf which I thought added to the authenticity of the dish. To accompany the Moussaka, I chose Patates Parakevi, Oven Potatoes with Lemon. Large wedges of potatoes were very lemony, not a flavor often associated with potatoes, and tasty, but in my opinion, an acquired taste.

Lemon showed up again in Athenian Chicken, half a chicken broiled with herbs, seasonings, and lemon. It was impossibly juicy with crispy skin meant to be devoured and meat that literally fell off the bone.

Also on the menu are more Greek specialties such as Braised Lamb Shanks, Chicken or Beef Souvlaki, a Falafel Sandwich, and Horiatiki, the Greek country salad with cucumber, tomato, onion, feta cheese, and olives. Appetizers include Saganaki (flamed Kefalotiri cheese and brandy), or Tiropita Triangles (feta baked inside filo dough).

For something more familiar, the menu diverts from Greek cuisine to Burgers, a Fish Sandwich, Fries, Onion Rings, and Mozzarella Sticks.

Whatever you order you can wash it down with Mint Lemonade made with fresh mint. Soda, beer, and wine are also available.

Brady Street has a cornucopia of restaurants, an ever-evolving parade, from The Truck Stop at the west end to the Taco Stop MKE at the east end. If customers continue to care about longevity, quality, portion size, price, and service, then Apollo will be a Brady favorite for many more years to come. 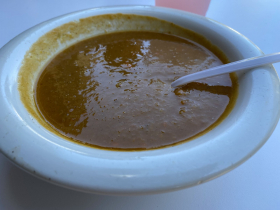 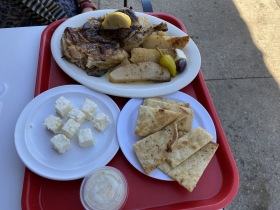 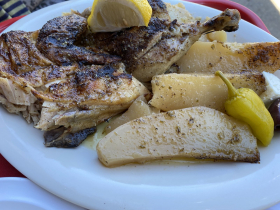 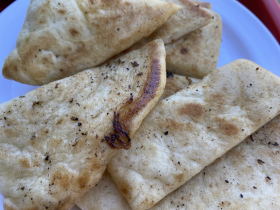 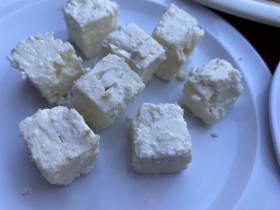 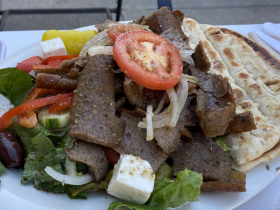 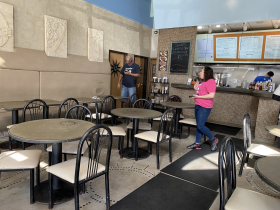 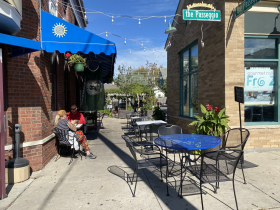 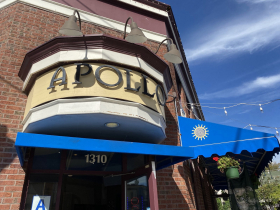 One thought on “Dining: Apollo Cafe Is A Winner”