Annual Thanksgiving concert gives thanks in many musical ways. 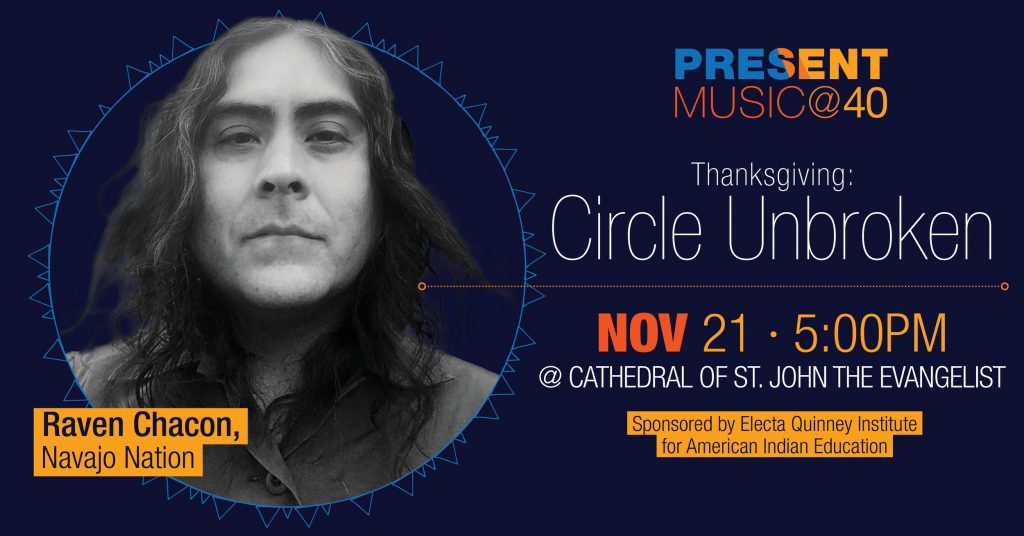 A traditional event by a non-traditional ensemble will have even greater resonance as Present Music offers a familiar template for a community-focused Thanksgiving concert on Sunday. Returning as a live event at the Cathedral of Saint John the Evangelist, the Present Music ensemble will be joined by an Indian drum circle, a high school choir, and reflective music addressing themes of gratitude and community from both new and familiar composers. 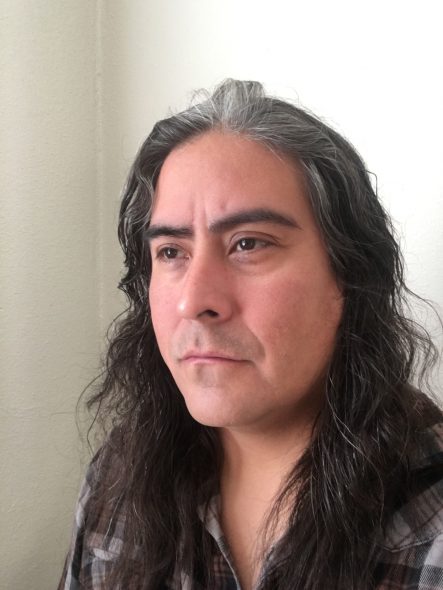 The large drums of the Bucks Native American Singing and Drumming Group fill the sanctuary with rhythmic sounds to open the concert. The group returns for the traditional concert-ending ritual of the Friendship Circle — “an uplifting seasonal reminder of the value of inclusion in our society.”

The program features a world premiere by Diné composer Raven Chacon. His Voiceless Mass has been written for the Saint John’s cathedral organ. Both organ and the room itself combine for effects unique to this space.

Atmosphere is at the center of The Clarity of Cold Air by Jonathan Bailey Holland. High, glassy harmonics from the strings, bowed metallic percussion instruments, harsh multi-phonics from the winds and airy cymbal rolls represent an ethereal winter’s night.

Works by Caroline Shaw often appear in this concert series, including during two personal visits. Her choral work, To the Hands, will be sung by the Reagan High School Choir. Shaw begins the work as a response to Ad manus from Dieterich Buxtehude’s 17th century masterpiece, Membra Jesu Nostri. To the Hands begins inside the 17th century sound of Buxtehude. “It expands and colors and breaks this language, as the piece’s core considerations, of the suffering of those around the world seeking refuge, and of our role and responsibility in these global and local crises, gradually come into focus.” The work ends with the choir reading selected statistics of the number of internally displaced persons, by country, from crises around the world.

The additional focus on Native American traditions has been sponsored by the Wisconsin Conference of the United Church of Christ, Plymouth Church UCC, and the Electa Quinney Institute for American Indian Education. 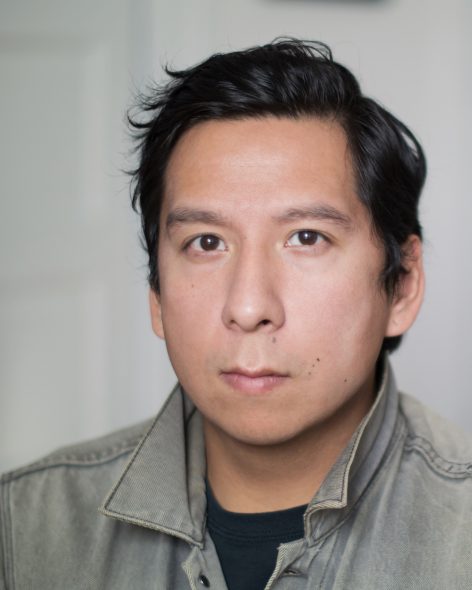 As Milwaukee hopes to open up again, the timing of this Thanksgiving event could not be better. Always a celebration, Present Music’s annual Thanksgiving concert offers themes of gratitude and community, which strike the right note as the Milwaukee community ventures out again.

The concert will be recorded and available after the concert for online streaming. The digital Livestream may be purchased online.

Present Music follows a COVID-19 safety protocol established in common with a number of other Milwaukee performing groups. Attendees must present evidence of vaccination or recent COVID test and wear masks during the concert.