How Should Milwaukee Honor Ralph Metcalfe?

Black sprinter was once "fastest man in the world," and later a political trailblazer. 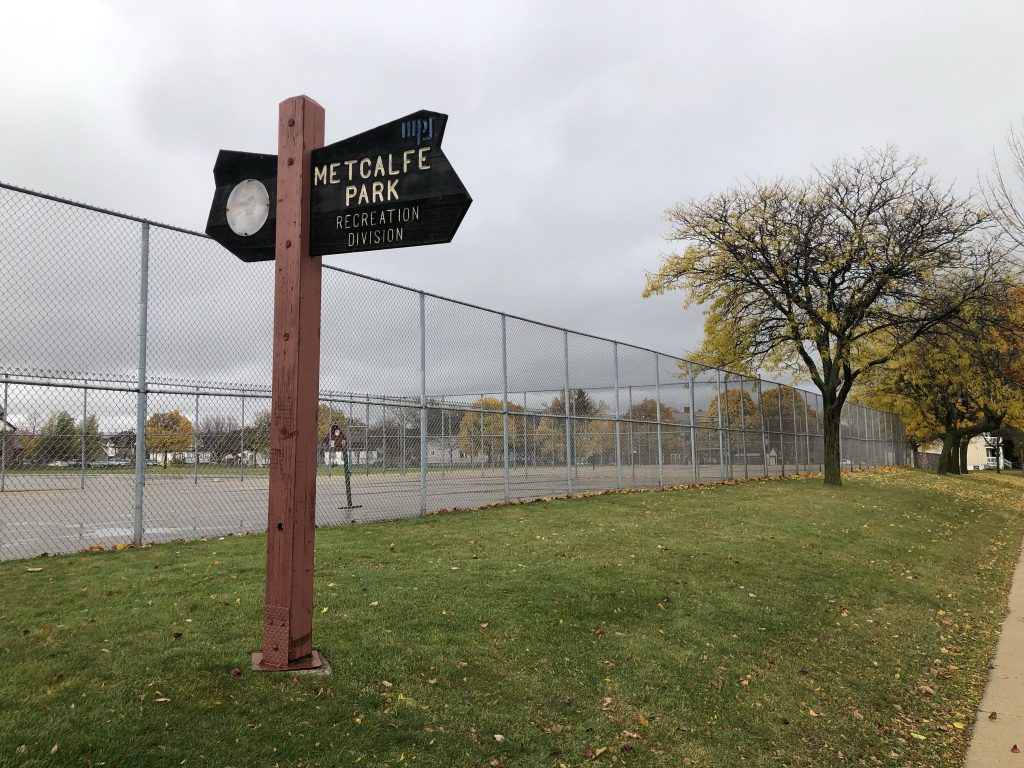 Sprinter Ralph H Metcalfe, Sr. made his impact felt on and off the track during his 68 years of life. And now Milwaukee is considering how to honor his legacy.

A city committee is recommending he be given an honorary street name, but members of the Common Council are considering taking things even further. The city’s Metcalfe Park neighborhood and a school are already named for him.

He equaled the world record in both the 100 and 200 meter dash and became the first male athlete to win the NCAA 200 meter race three years in a row.

Competing in the 1932 Olympics in Los Angeles, Metcalfe secured silver and bronze medals in the 100 and 200 meter sprints. The 100 meter race ended in a virtual tie, leading to a change in the rules regarding what actually constitutes crossing the finish line.

Metcalfe and fellow American (and Black) sprinter Jesse Owens led the U.S. Olympic team to a gold medal in the 4×100 meter relay in the 1936 Olympics held in Nazi-controlled Germany. And while Owens would win headlines with four gold medals, Metcalfe broke the relay speed record and secured a silver medal in the 100 meter (behind Owens).

He served as a track coach and political science instructor at Xavier University in New Orleans before returning to Chicago. In the Windy City, Metcalfe would serve as director of the city’s Department of Civil Rights, four terms as an alderman and, from 1971 until his death in 1978, in the U.S. House of Representatives. As a congressman, he would co-found the Congressional Black Caucus.

Get a daily rundown of the top stories on Urban Milwaukee
“This was actually a pretty historic guy,” said Alderman Robert Bauman on Wednesday to members of the Public Works Committee.

“The people in Metcalfe Park really connect to him in the way that he represents tenacity, going the distance and winning,” said Metcalfe Park Community Bridges president Danell Cross.

But Bauman pushed for more, like fully renaming a street.

“I would definitely support that, I’m sure the Metcalfe Park community would as well,” said area Alderman Russell W. Stamper, II.

Cross said the organization was hoping to avoid the disruption that would come to residents and businesses with fully renaming a street.

The alderman also said it made sense to avoid renaming the orderly numbered streets and suggested the Department of Public Works develop a policy to discourage renaming those streets.

“That’s a valid point. I don’t disagree with it,” said Stamper.

But Bauman said Metcalfe was a person worthy of having a more prominent landmark named after him.

He suggested renaming Merrill Park, 461 N. 35th St. Merrill is a person, but he is a very old person,” said Bauman. “I don’t know if he needs a neighborhood and a park named after him.”

The city-owned park and surrounding neighborhood are named for Sherburn S. Merrill (1818-1885), general manager of the Milwaukee Road railroad. Merrill built a house on today’s W. Wisconsin Ave. and owned 15 surrounding acres which he parceled off to railroad employees. He was the driving force behind developing the sprawling railroad complex just to the south in the Menomonee Valley. The central Wisconsin city of Merrill is also named for him.

Bauman said renaming Merrill Park after Metcalfe would be fitting given that Marquette Stadium, where Metcalfe competed, was located immediately west of the park. Today that facility is part of Marquette University High School‘s Quad Park.

And naming a park after Metcalfe is such a good idea that the city has already done it, twice.

Beyond being a neighborhood, Metcalfe Park is a city-owned playfield located behind his namesake school. It spans both sides of N. 33rd St. south of W. Meinecke Ave. Similar to Merrill, it is operated by Milwaukee Public Schools’ Milwaukee Recreation division. Primarily a grass lot with a fieldhouse, a single sign denotes its existence. Some records refer to it as “Metcalfe Playfield.” Created under a different name before Metcalfe passed away, it was rebranded with the neighborhood starting in 1990 as part of a revitalization effort.

What else could the city name after Metcalfe beyond a street or park?

The honorary street naming will place brown signs atop the traditional green signs at six locations along N. 34th St. The signs at the intersection with W. North Ave. will be discontinuous from the rest of N. 34th St. because of the school and playfield in-between. The full council must still approve the renaming.

A series of awards, chairs and other honors are named after Metcalfe at Marquette. 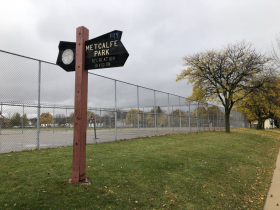 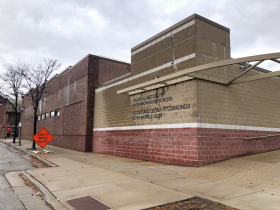 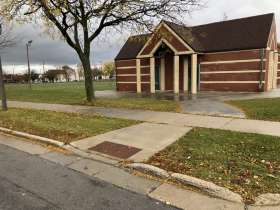 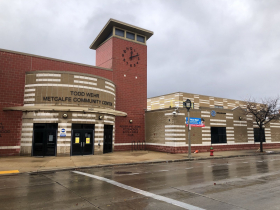 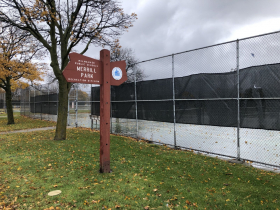 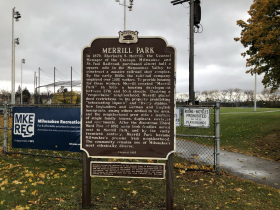 The committee also endorsed the honorary naming of a portion of N. 24th Pl. after “Mother” Corrine Miller.

Nominated by her daughter Brenda Miller, the naming would apply from W. Hopkins St. to W. Concordia Ave. The elder Miller was administrator of Golden Rule Church of God in Christ at 2434 W. Hopkins St. and her late husband Charles Miller served as pastor. She passed away on Aug. 1 age at the age of 86.

“A role model with more than just great assets to give to her community, she gave values,” wrote Brenda Miller in the nomination. “There was not one family in the Hopkins community and other communities that didn’t have a holiday because she gave away on holidays to see her community smile.”