Alonzo Robinson was a trailblazing architect 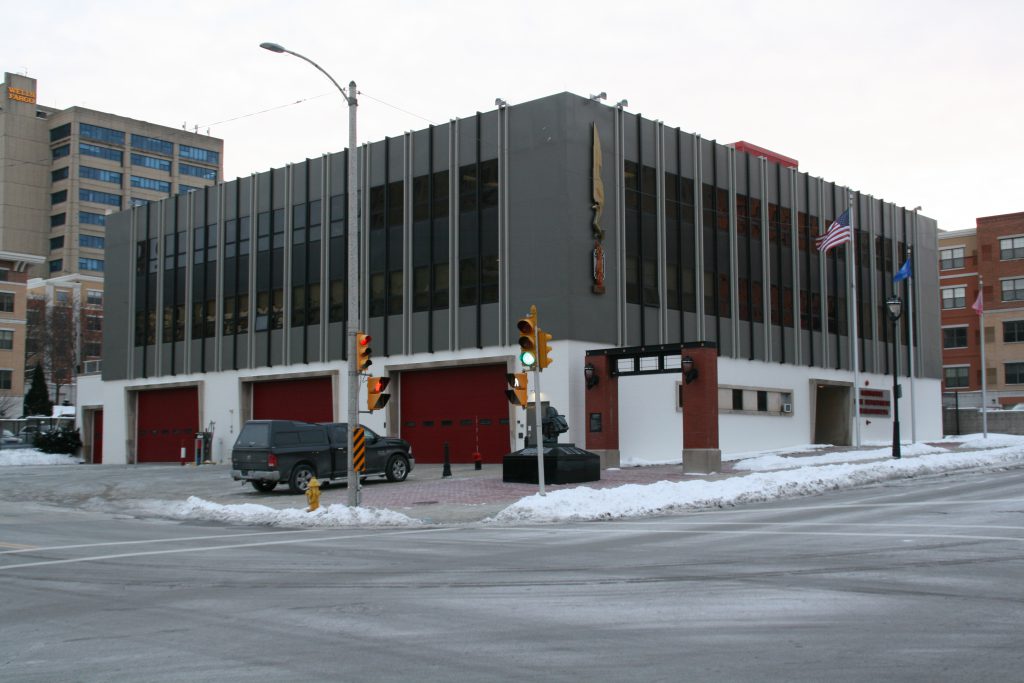 The Milwaukee Fire Department Administration Building, an unassuming three-story building at 711 W. Wells St., will soon be named after its designer, Alonzo Robinson. The change will honor the first Black architect practicing in Milwaukee and Wisconsin.

The Common Council is advancing a proposal, led by council president Cavalier Johnson, to assign the name “Alonzo Robinson Milwaukee Fire Department Administration Building” to the structure, completed in 1961. The Public Works Committee unanimously endorsed the change on Wednesday. The third level is used for MFD administration with an active fire station on the first two levels.

A native of North Carolina, Robinson grew up in Delaware, served in World War II and graduated with a degree in architecture from Howard University. He moved to Milwaukee in the early 1950s and got a job with the City of Milwaukee. Later he became a partner in Waukesha-based DeQuardo, Robinson and Crouch and ultimately worked as an architect for Milwaukee County from 1975 to 1998. He received his architecture license in 1956 and founded Alonzo Robinson Architect & Sons in 1972. Robinson passed away in 2000 at the age of 77 as a result of complications from cancer and a stroke.

“The fire department [building] was one of his first projects as designer in charge,” said Wayne Robinson, one of Alonzo’s four children. Another son, Kim Robinson, is a retired member of the Milwaukee Police Department.

Acting Fire Chief Aaron Lipski, appearing remotely from the building, said the department had located the hand-drawn plans for the building, which show Robinson being promoted as the project progressed. “As you progress through these pages Mr. Alonzo Robinson goes from designer to design in charge,” he said. “I can’t even imagine what that felt like to be the only African American architect in the state of Wisconsin.” He said the department would find a way to copy the plans for the family.

Robinson, according to historical records and newspaper accounts, was a prolific architect outside of his government jobs. He primarily worked on small jobs, but also designed houses, religious facilities and community centers. He was a long-time member of the United Methodist Church.

Robinson designed a church for Pilgrim Rest Baptist Church at 2567 N. 8th St. Newspaper accounts say he lived a block west on N. 9th St. for at least a decade. He was a founding board member of Northcott Neighborhood House, a social service organization that continues to operate today. Robinson and his wife were also co-plaintiffs in an NAACP-backed, segregation-focused lawsuit that challenged Milwaukee Public Schools policies in 1965. The Robinsons were also part of a 1979 class-action lawsuit settlement with MPS.

He was one of 21 applicants for a vacant aldermanic post in 1963 and in the 1970s was a finalist for the mayoral-appointed post of city building inspector.

The family said architect Walter Wilson, one of two Black architects practicing in Wisconsin when Robinson retired in 1998, had encouraged them to seek the designation for the fire department building. According to the family, a scholarship in Robinson’s name for aspiring Black architects is already regularly awarded.

“Alonzo Robinson’s starting his architecture career in Wisconsin was like Jackie Robinson entering the big leagues in baseball,” said Wilson to the Milwaukee Journal Sentinel in 1998. “By his presence here and the work that he did, he opened the door for others to come through, like me.”

According to the resolution, the family was to come up with approximately $15,000 to pay for new signs on the building. “We don’t have to have citizens coming up with money to install city signs, we’re not that broke,” said Alderman Robert Bauman. “We will make this happen and money better not be an issue. I will tell you that right now.” Lipski also offered the services of the department.

Renaming the fire department building was debated immediately following a vote to advance the renaming Old World Third Street to N. Doctor Martin Luther King Jr. Dr. a proposal to unify the name of the longer street. Robinson, in 1970, served as a consultant on the design and development of King Park, the county park named after the civil rights leader.

NOTE: The virtual meeting and subsequent media reports from other outlets included a discussion of Robinson designing the former YMCA building, 915 W. Wisconsin Ave., that is now Marquette University‘s Straz Tower. Robinson did not design that facility. It was completed in 1954, before he was a licensed architect, to the designs of Grassold & Johnson. 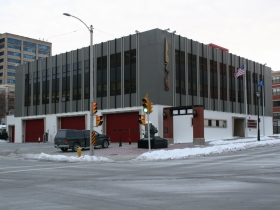 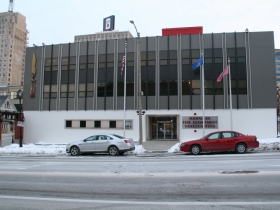 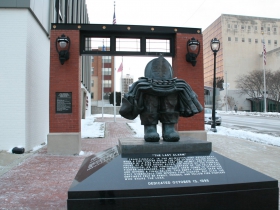 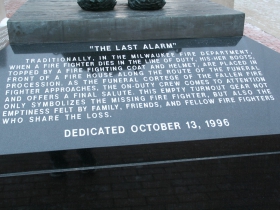 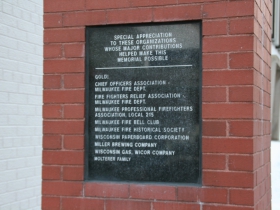 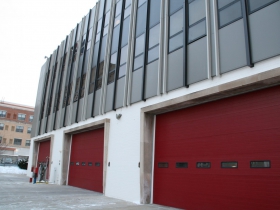