Three-time Nobel nominee Kathy Kelly comes to town on Veterans Day to talk about how to achieve peace.

By Bill Christofferson - Nov 9th, 2021 05:52 pm
Get a daily rundown of the top stories on Urban Milwaukee 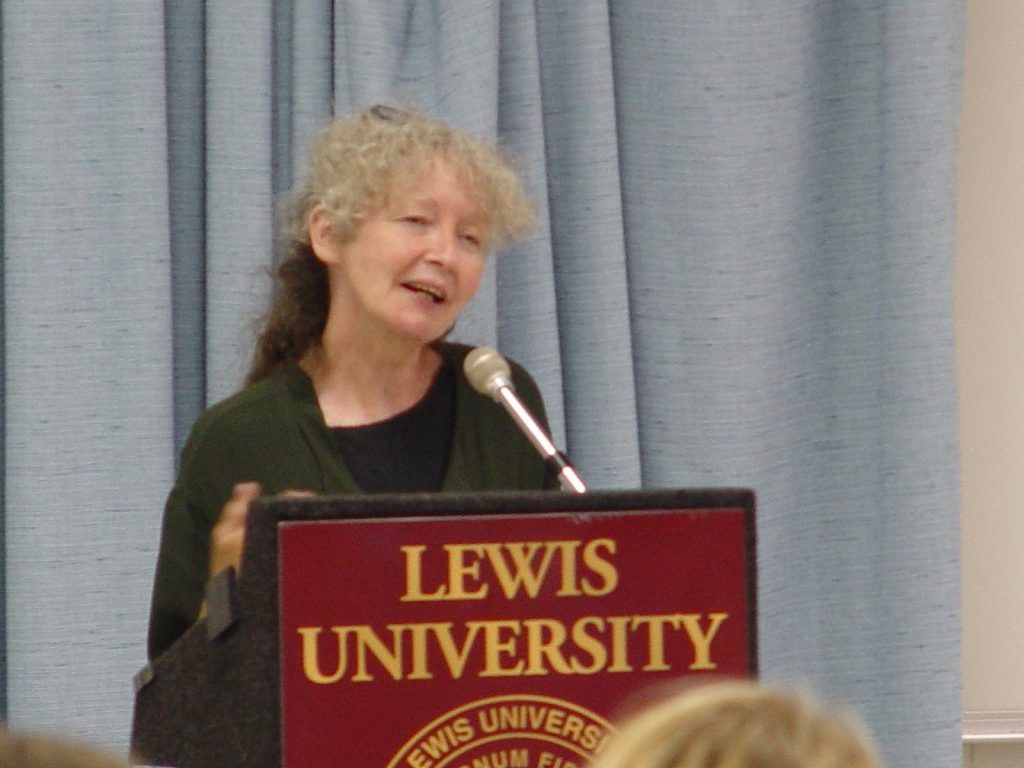 Kathy Kelly has literally ‘walked the walk’ for peace for a half century.

I first met her in 2008 when she led a “Witness Against War” walk from Chicago to the Republican National Convention in the Twin Cities – one of many walks she organized to raise awareness —  and walked with her group for a day on the Mississippi.

On Thursday, Nov. 11, she will “talk the talk” as a featured speaker at Milwaukee’s 15th annual Armistice Day program, sponsored by Veterans For Peace.

After 50 years of witnessing war, seeing firsthand the “shock and awe” bombing in Iraq and living alongside Afghan people in a working-class neighborhood in Kabul, she somehow retains a sense of optimism in the possibility of change.  She simply refuses to give up her quest for peace.

Her topic for the event at Milwaukee City Hall is, “Imagining a World Without War.”  The annual event is a reminder that Nov. 11, the day World War I ended, was declared a day to promote world peace.  It later became Veterans Day, and now all too often seems to celebrate war and militarism.

Kelly’s activism has led her to war zones and to federal prisons. It has also led to three nominations for the Nobel Peace Prize.

Her message: “At the end of World War I, soldiers emerged from trenches in the front lines and felt puzzled by the silence. Realizing the terrifying, horrific explosions had ended, that the war was over, they didn’t clap or cheer. Exhausted, they slumped over their packs, awaiting migration back to their homes.

“Now, facing an uncertain future, we all need to pick up our packs and continue to resist militarism and war.  Ideally, nuclear weapon arsenals will be recognized as a crazed burden we must finally shed if we’ve any hope of surviving our past recklessness.”

That meshes well with Veterans For Peace’s statement of purpose, which includes “to end the arms race , to reduce and eventually eliminate nuclear weapons, and to abolish war as an instrument of national policy.”

Kelly co-founded Voices for Creative Nonviolence, a campaign to end U.S. military and economic warfare, and the Ban Killer Drones campaign. She traveled to Iraq 26 times, remaining in combat zones during “shock and awe” bombing early in US–Iraq wars. She has been in Afghanistan nearly 30 times during the war.

A main purpose of Veterans For Peace is to educate people about the true costs of war. After 20 years of occupation and war, the Costs of War Project estimates the US spent over $2.2 trillion in Afghanistan and Pakistan, and by one count, over 170,000 people died during the fighting.

But the war is not over when it’s over. The costs – human, economic, physical, moral,   psychological – will last longer than the endless war did.  Fifty years later, for example, we are still paying huge costs for the Vietnam war – and people are still dying from it.

Kathy Kelly says it will be important to keep international focus on the people of Afghanistan. “Everybody in the United States and in every country that has invaded and occupied Afghanistan ought to make reparations,” Kelly says. “Not only financial reparations for the terrible destruction caused, but also to address … the systems of warfare that ought to be set aside and dismantled.”

But that would be admitting a mistake.  To some extent, this country has concluded that Vietnam was probably a mistake, as was Iraq.  So, of course, was Afghanistan, as other countries have learned over the centuries.  War is always a mistake.

Relying on military might to have our way with the world has long been the American way.  But brute force to impose our will has worked less and less in the last half century or more.

It will take more than imagination to achieve a world without war.  But we could start by working toward a world in which our own country is not engaged in endless wars, and “to restrain our government from intervening, overtly and covertly, in the internal affairs of other nations,” which is also part of the Veterans For Peace agenda.

Kathy Kelly hasn’t given up.  Neither should the rest of us.

Bill Christofferson is a Vietnam veteran, a member of Veterans For Peace, and a former journalist, government official and political consultant, he lives in Milwaukee.