Why The GOP Push To Oust Wolfe

If elections commission administrator resigned and board deadlocks on who should replace her, Vos and Republicans get to choose new leader. 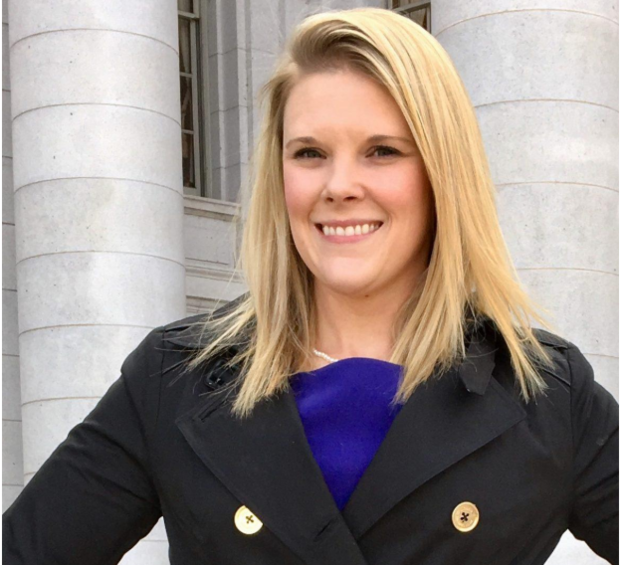 What would happen if Republican legislators got their wish and Meagan Wolfe, administrator of the Wisconsin Elections Commission, resigned?

It’s an important question because, although Wolfe last week vowed she would not quit, the split Commission that she works for — with three Democrats and three Republicans — could deadlock on who would replace Wolfe.

When Republican legislators and GOP Gov. Scott Walker replaced the Government Accountability Board with the Wisconsin Elections Commission (WEC) in 2015, they made sure they could ultimately name the state official with day-to-day oversight over elections..

What law did Republicans pass then?

“If the administrator position remains vacant at the end of the one-year period, the process for filling the vacancy described in this subdivision is repeated until the vacancy is filled.”

Republicans have a 6-4 majority on the Joint Committee on Legislative Organization (JCLO) until at least January 2023, when legislators elected one year from today take office.

Get a daily rundown of the top stories on Urban Milwaukee
The calls for Wolfe’s dismissal by Vos and Kapenga also followed an audit that recommended 18 changes in state election laws and 30 changes in Elections Commission practices.

“Many Wisconsinites feel elections are not safe and secure, and now the Racine County sheriff’s investigation found clear violations and lawbreaking within WEC,“ Vos said. “Clearly, there is a severe mismanagement … a new administrator is needed.”

Kapenga went further, calling on Wolfe and all six WEC commissioners to resign. “The only solution is a wholesale change of leadership.”

Wolfe, who was confirmed unanimously – with the votes of Fitzgerald, Testin, Kapenga and Stroebel – 30 months ago, said she won’t resign. Her four-year term started with that Senate vote.

“As Wisconsin’s non-partisan chief election official, I have a statutory obligation to rise above political attempts to undermine our elections,” she said in a statement, adding:

“Despite the current political firestorm, I will continue to apply my full focus on the important work of serving all Wisconsin’s voters and local election officials.  It would be irresponsible to spend any energy engaging a blatantly partisan and coordinated attempt to baselessly challenge the integrity of democracy in our great state.”

Five of the six commissioners – not including Spindell – issued a statement saying state law gave them the option of not sending special voting deputies into assisted living centers and nursing homes during the COVID-19 pandemic. That was a unanimous decision, the statement noted.

One of the five commissioners who issued that statement was Dean Knudson, a former Assembly member and Vos’s WEC appointee.

But Vos told an interviewer Knudson was wrong when he voted to not send special voting deputies into care facilities.

“Hopefully, we can begin the process of changing who runs the agency,” Vos added.

Knudson’s term is scheduled to end on May 1, 2024. He told the Milwaukee Journal Sentinel some of his fellow Republicans are looking for a “scapegoat” to explain why President Trump lost Wisconsin one year ago.

How the 2020 election was conducted is also being investigated by former Supreme Court Justice Michael Gableman, another Vos choice, and the Senate Committee on Elections, Election Process Reform and Ethics. Republican legislators are expected to pass any changes those probes recommend next year.

But there’s one other important date: The term of its current chair, Democrat Ann Jacobs, is scheduled to end next June – months before elections for U.S. Senate, U.S. House members, governor and lieutenant governor, attorney general and the Legislature.

In the past, the chair’s role has alternated between Republicans and Democrats. So a majority of the commissioners, who must make the decision, will likely choose a Republican. Under state law, they cannot choose the governor’s appointee, so only those appointed by the Legislature, which as of now would be Spindell or Knudson, can be picked.