Plus, a Nightmare on Center Street, a Halloween bike ride, a new multimedia mural at MAM, an album release at Pabst Brewery and more. 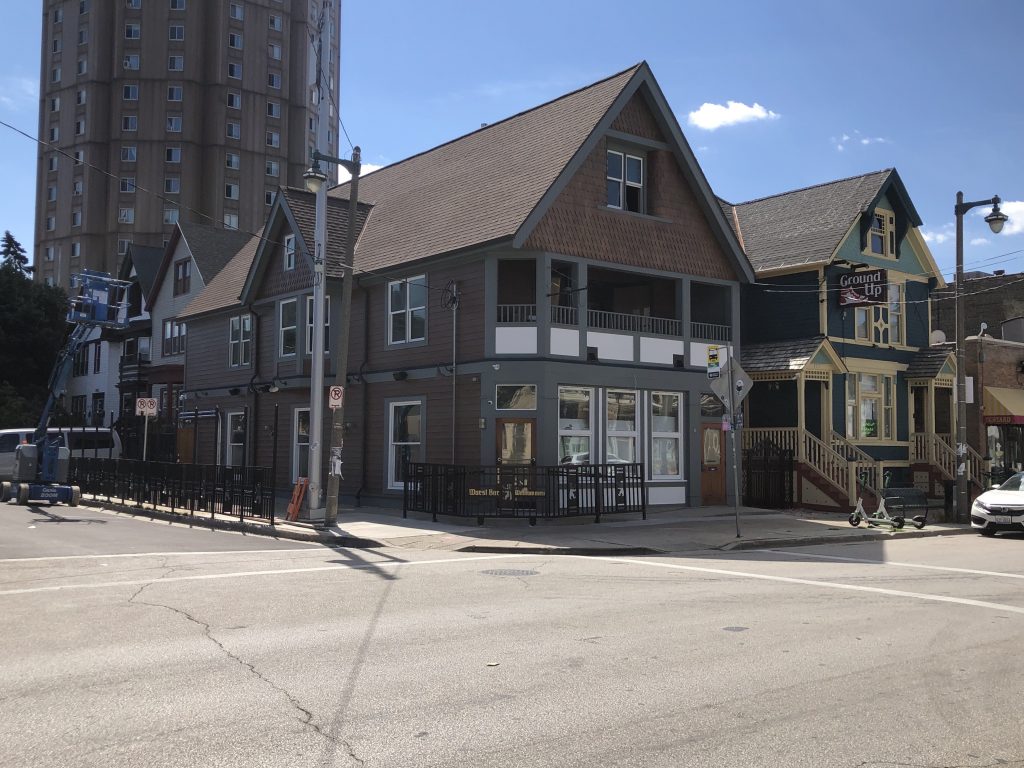 Halloween is finally here and it brings with it a plethora of costume-filled events in Milwaukee. There’s a bar crawl and costume contest happening on E. Brady Street, and Company Brewing will be celebrating Halloween all day on Saturday with a pet costume contest and tons of live music. The Milwaukee Repertory Theater is debuting its Green Bay Packers-themed musical, and the Milwaukee Art Museum has a new mural that explores historical Black narratives and their relationship to media. If you have a taste for the sea, check out Oyster Fest at Harbor House, where guests will have the chance to try up to 16 different types of oysters.

Every year, Harbor House puts the spotlight on the salt-water molluscs that inspire both love and hate — oysters. This fest will allow patrons to taste up to 16 different varieties of east cost and west coast oysters, as well as specially-created dishes. Dishes include an Oyster Po’boy Sandwich, Oyster Rockefeller, an Oyster Caesar Salad and more. You can view the full menu here, and make reservations here. Harbor House is located at 550 N. Harbor Dr. and is open until 9 p.m. each night of the fest.

October 29: The Monster Bash on Brady

It would be pretty spooky if there was a holiday in Milwaukee that didn’t inspire a Brady Street bar crawl. Thankfully, The Monster Bash on Brady will see costumed bar-crawlers making the rounds between Nomad World Pub, WurstBar MKE, Jack’s American Pub, Malone’s on Brady, Saint Bibiana, The Garage, Pete’s Pub and Club Brady. Those who wish to participate can pick up a “passport,” which will then get stamped at each participating bar that they visit. Once the card is completed, it can be turned into Pete’s Pub for a chance to win a trip for two to Las Vegas, including airfare and a hotel on the strip. Stamps are acquired by ordering a drink off of a list of qualifying drink specials. Winners are announced at midnight at Pete’s Pub. The event starts at 7 p.m.

October 29: Toast to the Ghosts at Best Place

Amanda Huff and Vincent Van Great are celebrating the release of their debut EP “Troublemakers” with a Halloween party at Best Place at the Historic Pabst Brewery. Joining the duo is Black Challenger and American Progress, who are also releasing new music at the show. There will be a costume contest with a prize for the best dressed as well. Tickets to the show are $15 and can be purchased here, and the show will begin at 9 p.m.

Baltimore-born and Brooklyn-based artist Derrick Adams is bringing his talents to the Milwaukee Art Museum, where he was commissioned to create a multimedia wall mural and sculptural installation made specifically for the museum’s East End. Adams’ art reframes historical Black narratives, taking a close look at how media has played a role in shaping identity. The mural, titled “Our Time Together”, was inspired by a traveler’s guide for Black Americans during the Jim Crow era and includes references to Milwaukee spots like Coffee Makes You Black and the Wisconsin Black Historical Society. Click here for more info.

Company Brewing, 735 E. Center St., is celebrating Halloween with an all-day party throughout the inside and patio of its brewery. Starting at 12 p.m., a pet contest patio will take place on the patio, with prizes for the winners. Spooky yoga sessions led by Collective Flow will be held at 12 p.m. and 7 p.m. in the brewery’s “spooky attic.” From 6 p.m. to 10 p.m., live performances by M.Ape, R. Mann, Wavefiler, Valcove, J. McCoy and zZETSUZz will take place on the patio. From 10 p.m. to 12 a.m., local bands will “dress up” as other bands and perform covers. Fellow Kinsman will perform as The Cars and Fight the Heathens will perform as System of a Down. From 12 a.m. to 2 a.m., its the scariest event of them all: late-night karaoke. The event is free to attend and costumes are encouraged. Bon fires will be lit outside and brunch will be served in the morning.

Wheel & Sprocket will lead a Halloween-themed bike ride throughout the city, exploring some of the haunted hot spots and taking in the seasonal decorations. While the route hasn’t been announced yet, the ride will take place at 10 a.m. and riders will meet at the Wheel & Sprocket located at 187 E. Becher St. Costumes are encouraged.

The Milwaukee Repertory Theater is ending October by kicking off its new Packers-themed musical comedy. In Dad’s Season’s tickets, three daughters who fight over the inheritance of their dad’s Green Bay Packers season tickets. If that plot sounds vaguely familiar, that’s because it’s a Midwestern take on the famous Shakespeare play “King Lear”. The show’s running time is approximately two hours and 15 minutes with one intermission. Click here for showtimes and to purchase tickets.