Tender, moist, smoky meats at Riverwest joint. But how about some napkins? 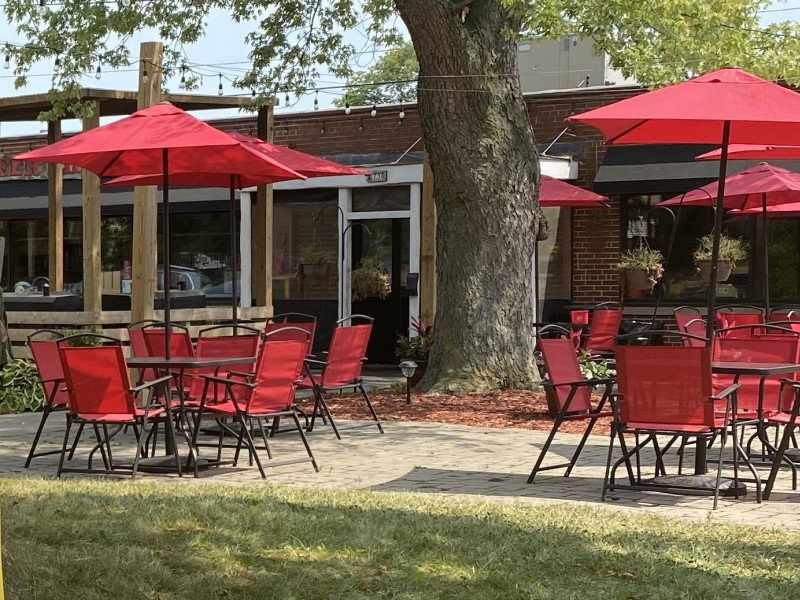 When the smokers are firing and the meaty fatty aroma drifts through the woods to the Beerline Trail where I often walk, it’s an irresistible call to come for a meal at Big Daddy’s.

Big Daddy’s BBQ and Soul Food is a bare bones operation where customers order at the counter just inside the door, receive a buzzer, and wait for their food to be ready. On both my visits, our food came so quickly that we had barely settled into our tables when our meals arrived.

We sat outside on the charming patio where bright red chairs and red umbrellas livened the space that faced Humboldt Blvd. in front of the restaurant. Nearby, three BBQ smokers were cold which confirmed our observation that the meat we were served was smoked and readied at least a day prior to our visit.

Our servers were delightful and friendly as they hustled, willing to return to the kitchen to bring the forgotten drinks, and again and again to replenish our napkins.

There was one caveat. It began with the plastic forks that accompanied everything we ordered, the ribs, the chicken, the pulled pork, the sides, and the rib tips. The napkin wrapped fork was useless. When I spend $13.99 for a portion of meat and two small sides, I expect more than one plastic fork and the most ineffectual napkins I have ever encountered. Because the meat was swimming in BBQ sauce and each of the meats we ordered, with the exception of the pulled pork, required eating with our fingers, we needed a roll of paper towel or some hefty napkins to degrease. Good BBQ is finger food. If it’s not messy, it’s not BBQ.

The BBQ meats were as I had hoped, full of flavor from the smoker, tender, moist, and enhanced by the tangy sauce, liberally applied. Less sauce would have been better. Next time I will request it on the side.

My companion from Texas remarked that the chicken tasted exactly like her memories of Sunday afternoon barbeques at home in Dallas. As for the rest, the pulled pork tasted of the grill, slightly smoky, and very tender. Likewise, the ribs were so perfectly done that they fell off the bone, as they should.

Only the tough fatty Rib Tips, drenched with sauce, were disappointing. There was more bone than meat, an overpriced plate that could have been improved with more time in the smoker to tenderize the meat. The coleslaw was delish, a crisp fresh contrast to the ribs.

When you order your meal, you have a restricted choice of sides: coleslaw, and baked beans or fries. The remaining sides can be added for a price: $2.49 for a small portion, and $4.99 for a large. The waffle fries were ordinary; the slaw bright and crisp; the soupy baked beans lacked flavor and showed no hint of “baked.” From the ala carte sides, we found the cornbread moist, the red beans and rice, like the baked beans, were soupy, the candied yams were overly sweet, the greens tasted of smoke, and the mac-and-cheese was creamy and very cheesy. From our seats on the patio, we observed a large container of potato salad, apparently not made in-house, being delivered to Big Daddy’s.

Also on the menu, a Pulled Pork Sandwich, the Ultimate Big Brisket Burger with bacon and cheddar, Big Daddy’s Deluxe with fried green tomatoes, Wings on Wednesdays, Gumbo on Fridays, and a Soul Food Sunday. There’s also Southern Fried Catfish, Perch, and Chicken served three ways: Fried, Jerk, or Smothered. If the number of customers who passed our table with takeout orders of Fried Chicken were any indication, that chicken must be something special.

Big Daddy’s is still fairly new to Riverwest. There’s potential here, just a few kinks to work out such as bigger better napkins, a roll of paper towel on the table, or some wet nap hand wipes, because the BBQ meat was first rate and that was what we came for. 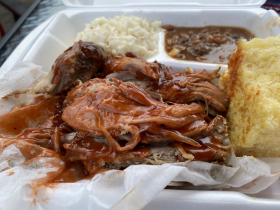 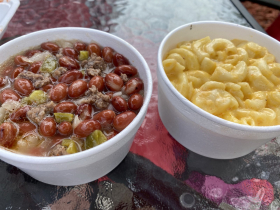 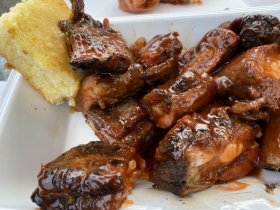 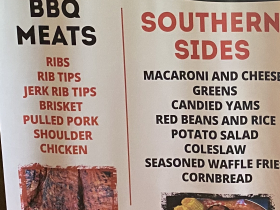 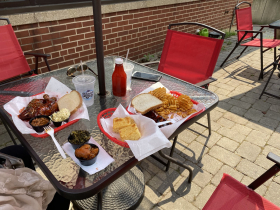 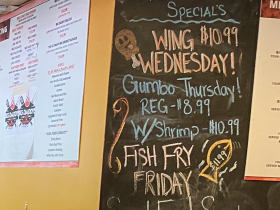 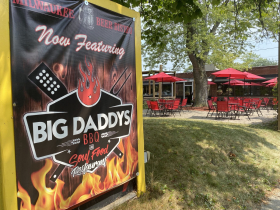 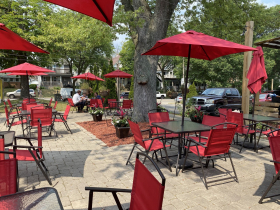 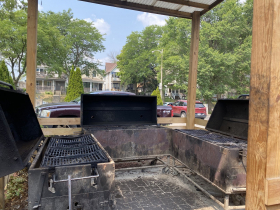