Legislative committee vote keeps Wisconsin out of compliance with a court non-discrimination order.

By Melanie Conklin, Wisconsin Examiner - Oct 25th, 2021 05:16 pm
Get a daily rundown of the top stories on Urban Milwaukee 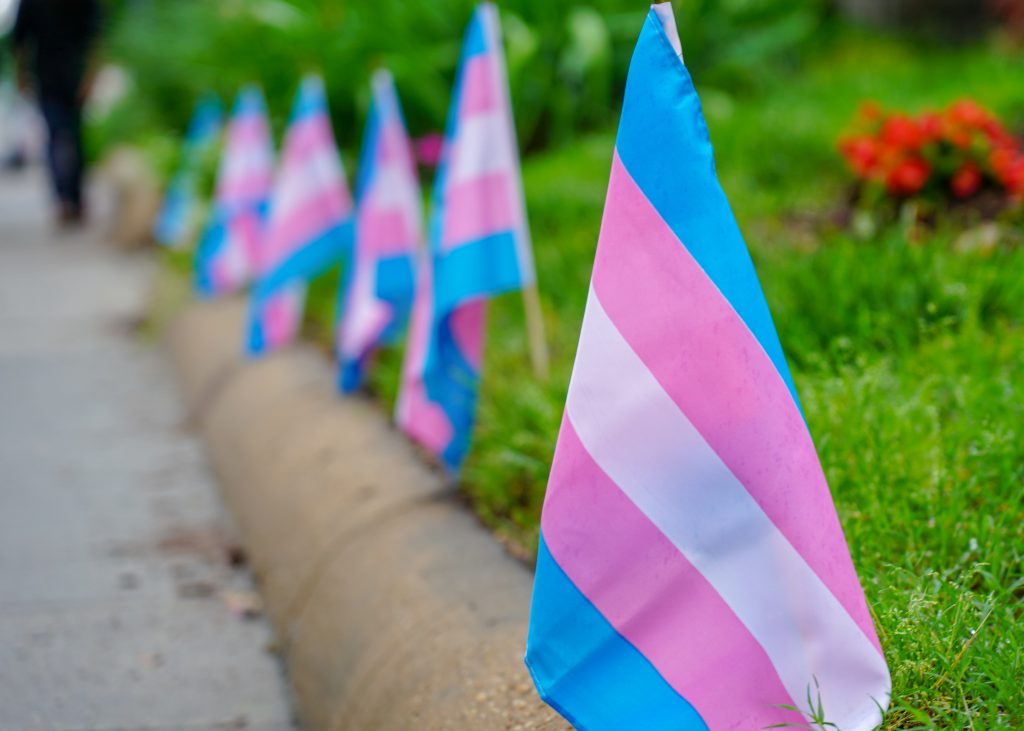 Republicans voted to block a change that would have brought state law into compliance with Medicaid rules, a court ruling and other laws that ban discrimination on gender-transition care.

The Department of Health Services (DHS) sought a rule change in state law, approved in June by Gov. Tony Evers, affirming that transgender individuals who participate in Medicaid can receive necessary medication, surgeries and hormone therapies. While the federal rules mean Wisconsinites seeking such care will be covered, the GOP vote means the Wisconsin statute is non-compliant with a federal court order prohibiting such discrimination.

Current Wisconsin rules date back to a discriminatory 1996 ban on transgender individuals who participate in Medicaid from using the program to cover costs for needed medication and hormone therapies. In 2019, the judge in Flack vs. the Department of Health Services, which was decided in the United States District Court for the Western District of Wisconsin, concluded that such a ban violates the federal Medicaid Act and the Equal Protection Clause of the Fourteenth Amendment to the U.S. Constitution. Discrimination based on gender identity is also not permitted under the Affordable Care Act, including transition-related care.

Given that the court ordered a permanent ban on enforcement, the only current, practical impact of the vote, conducted by paper ballot Thursday in the Legislature’s Joint Review of Administrative Rules (JCRAR) committee, was to make a statement alienating transgender Wisconsinites, particularly those on Medicaid who may need hormone therapy or necessary gender-affirming surgery.

“That legislative Republicans would seek to deny them this care — even if it means violating a federal injunction — shows not just a lack of moral character but a lack of understanding of how our country works,” said JCRAR member Sen. Chris Larson (D-Milwaukee) in a statement after the vote.

Larson said the vote showed “contempt” for the LGBTQ Wisconsinites, who Republicans have also alienated through proposed athletic participation bans by gender and by voting against outlawing “conversion therapy” that seeks to change the sexual orientation or gender identity of minors.

He added that this sends, “a signal to our transgender neighbors that some elected officials do not value them as full and equal members of our society. Combined with the GOP-sponsored bills currently being debated that seek to ban transgender youth from participating in sports as a member of their identified gender, it becomes even clearer where Republicans stand when it comes to human rights.”

The vote on the rule change was 6 – 4, along straight party lines in the joint Senate and Assembly committee, chaired by Sen. Steve Nass (R-Whitewater). The other Republicans on the committee are Reps. Adam Neylon (R-Pewaukee), Tyler August (R-Lake Geneva), John Spiros (R-Marshfield) and Sens. Duey Stroebel (R-Saukville) and Julian Bradley (R-Franklin).

In requesting the rule change, the DHS agency report stated, “There are no reasonable alternatives to the proposed repeal, and these exclusions must be repealed in order to ensure that the department complies with the district court’s permanent injunction, and to ensure consistency between department policy and its rule so that the public is aware that Medicaid coverage is available for the currently-excluded services.”

DHS spokesperson Jennifer Miller confirms that the agency abides by the 2019 ruling determining exclusions from coverage for “gender-affirming procedures, including surgeries, hormone therapy and surgical alterations” are unconstitutional and permanently enjoined and, therefore, “at this time, the JCRAR ruling has no effect on Medicaid coverage for these procedures.”

The rule change had been in the works for two years, and was approved by Gov. Evers on June 10. Some of the other procedures excluded from coverage under the Wisconsin Medicaid statutes include surrogate parenting, artificial insemination, ear lobe repair, female circumcision and tattoo removal.

The majority of public and private insurance plans have removed exclusions that blatantly target transgender people, according to the National Center for Transgender Equality, but the group states that many plans continue to deny coverage for medically necessary care.

“Despite the protections of the Affordable Care Act and other laws that prohibit discrimination, transgender people continue to encounter barriers to care,” the group’s website states. “Transgender people face significant job loss and job fragility and, therefore, a higher rate of uninsurance.”

Christy Mallory, the UCLA Williams School of Law’s legal director, authored a study estimating that 152,000 transgender adults are enrolled in Medicaid out of a total of 1.4 million adults in the U.S. who identify as transgender. The study also estimated that “32,000 transgender Medicaid beneficiaries live in states with express bans that deny access to covered gender-affirming care.”

The Wisconsin class action lawsuit against the Medicaid care exclusion on “transsexual surgery” and “drugs, including hormone therapy, associated with transsexual surgery or medically unnecessary alteration of sexual anatomy or characteristics” began with four plaintiffs who were awarded $840,000 in damages and $1.35 million in legal fees in Dec. 2019.

In his ruling, U.S. District Judge William Conley said that the “consensus within the medical profession (is) that gender dysphoria is a serious medical condition, which if left untreated or inadequately treated can cause adverse symptoms, such as anxiety, depression, serious mental distress, self-harm, and suicidal ideation.”

Republicans vote against Medicaid for transgender patient care was originally published by the Wisconsin Examiner.