Sen. Alberta Darling wants minors being trafficked to be treated as victims.

By Isiah Holmes, Wisconsin Examiner - Oct 15th, 2021 12:31 pm
Get a daily rundown of the top stories on Urban Milwaukee 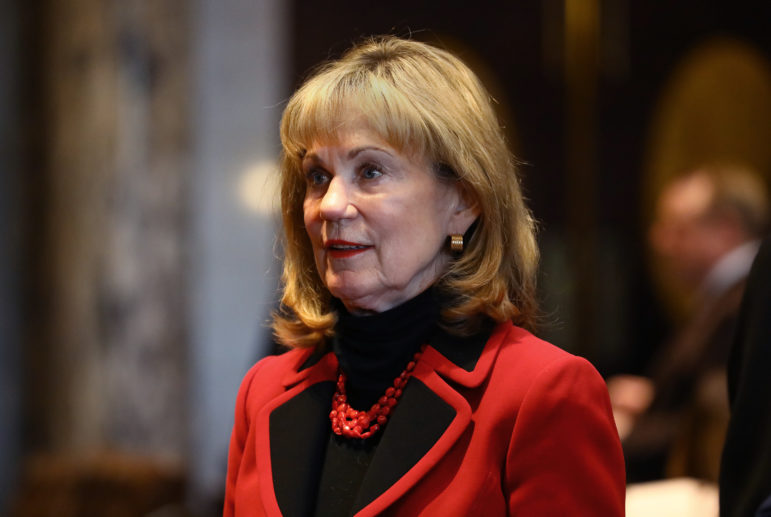 Sen. Alberta Darling (R-River Hills) is pushing a bill to eliminate penalties for people under the age of 18 who’ve participated in prostitution. Under current law, a person under the age of 18 may be prosecuted for a Class A misdemeanor or adjudicated delinquent for engaging in prostitution, sometimes referred to as sex work. The bill essentially eliminates those penalties for minors.

Darling stated that 30 other states have passed similar legislation. Vice-chair of the Senate Committee on Judiciary and Public Safety Sen. Eric Wimberger (R-Green Bay) and Sen. Julian Bradley (R-Franklin) voted against the bill.

“I think it’s important that we need to stop being an outlier in the issue of sex trafficking and consequences of that, I think we need to go forward with SB-245 as amended,” said Darling. “I came to the Legislature to be a child advocate, and I think this bill very much deals with child advocacy. Because what we’re dealing with would be children, under the age of 18, who have been in a situation. In many cases, or in most cases, being trafficked, and in many cases not having a choice.” She noted that with minors, “we have two choices,” either to send the child into the criminal justice system or to consider what happened to be child abuse.

“I think we have several ways to go with minors,” said Darling, “and I think that the minors who are involved in trafficking, whether they are willing get involved or not, most of them do not. The average age is what, 13 when they first start getting involved with trafficking? And one out of every three homeless teenagers are lured into victimization by trafficking within 48 hours of leaving home. It seems very clearly to me that these children need interventions that are not number one, put in jail. But police can get these children off the street, put them in protective children services.”

The Republican senator, who helped champion the Tougher on Crime bills in 2019, stressed that, “we need to look at them as children and decide what is the appropriate intervention. And my strong opinion is intervention should be with child protection and human services, not in criminal justice.” Committee Chair Van Wanggaard (R-Racine), noted that law enforcement officials and the district attorney in his district support not charging minors with prostitution.

However, Wanggaard stated in reference to a conversation he had with a local sheriff that, “we do need to be careful that it’s not a slippery slope, and we are not holding juveniles accountable for some things but we are holding them accountable for violent actions.” Wanggaard boasted that, “we in my district, which has been the tip of the spear so to speak with a lot of issues dealing with victim issues, have worked with our victims. And I know there’s been no prosecution for a juvenile being charged with prostution, as far as we can go back is six years. So we haven’t had any prosecutions in the state of Wisconsin for that. So I think there’s already the process that we’re working with these individuals as those situations arise.”

Wanggaard went on to say that, “we have to give the investigators some credit for what they’re doing.” He pointed to social media as a way that teens and younger children become attached to “people that are not good role models, and that has created a lot of the problem.” Applauding the bill, Wangaard said he hopes that the state will continue to look at children as victims in these situations. He stressed that when it comes to sexual abuse, “you don’t get past it without help.”

Bill would eliminate prostitution penalties for minors was originally published by the Wisconsin Examiner.