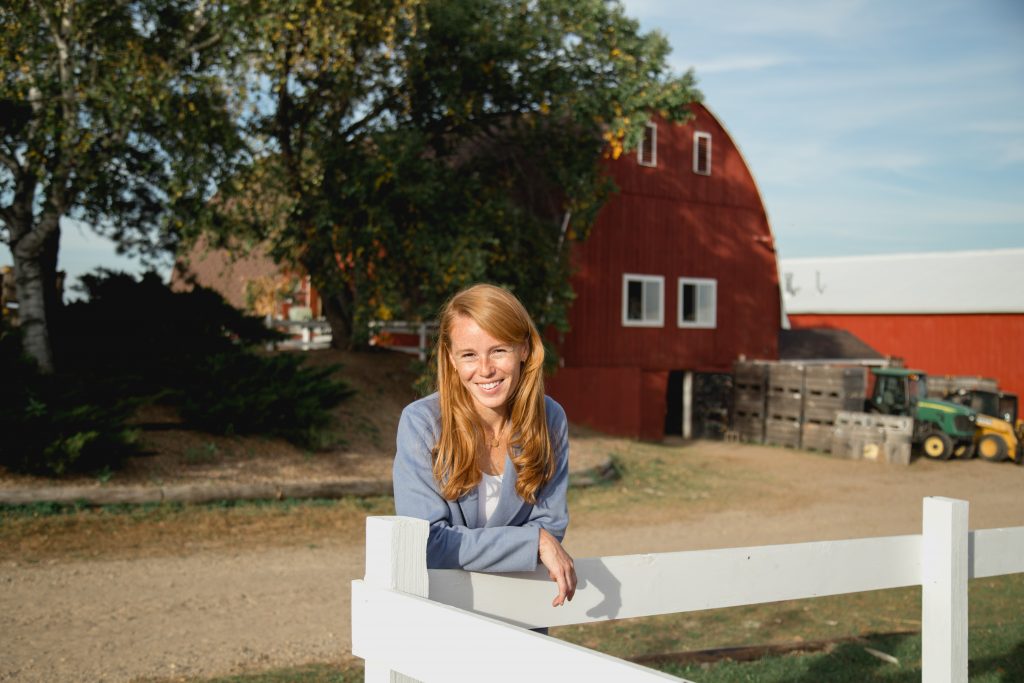 Rebecca Cooke, a Democrat, is running for the open seat in the 3rd Congressional District. Photo from Rebecca Cooke for Congress.

Cooke, who owns Red’s Mercantile in Eau Claire, runs a nonprofit that helps women start their own businesses and serves on the board of the Wisconsin Economic Development Corporation, is running as a Democrat to replace Ron Kind (D-La Crosse). Kind, who has represented the district — one of the most tightly contested in the country — since 1997 announced earlier this year that he will not run again.

Cooke’s entrance into the race sets up a Democratic primary with at least two candidates after state Sen. Brad Pfaff (D-Onalaska) announced his candidacy last week.

The Republican candidate for the seat is likely to be former Navy SEAL Derrick Van Orden — who lost a close race to Kind in 2020. Van Orden is a supporter of former President Donald Trump and attended the rally in Washington D.C. that led to the Jan. 6 Capitol attack.

Covering the Driftless Area in Southwestern and Western Wisconsin, the 3rd district includes rural areas as well as the cities of La Crosse, Eau Claire and Stevens Point and suburban bedroom communities near Minneapolis. Cooke says she’s running because she has experienced how the government can fail rural people.

“I think I bring a fresh perspective to the race,” she says. “I grew up on a dairy farm and know what it’s like to have to sell your cows because of the price of milk. I run my own small business. I understand the challenges of how you make ends meet, how to keep things going when shops are opening and closing. I’ve been in the trenches, I’ve experienced failed policy and want to be a changemaker in DC.”

“I think that a lot of members go to DC and lose sight of home and for me home is my core,” she adds.

Running to replace one of the most moderate Democrats in the House of Representatives, Cooke says she hopes to take her experiences as a small business owner and a member of the WEDC board to work in the district to solve its biggest problems. Those problems, she says, include access to affordable health care and prescription drugs, building good schools for students in rural and urban areas, expanding broadband access and creating good jobs in which workers are treated with dignity.

“I want to be constituent-centered, to be district-focused, to be doing casework and have an open door that’s not focused on DC but the problems here in western Wisconsin,” Cooke says. “I think it’s a lot of basic quality-of-life things. Those are the core issues and those are what my campaign will be based around. I plan to run a campaign that’s rooted in common sense.”