The annual action organized by Voces de la Frontera calls on Democrats to pass a pathway to citizenship in spending bill. 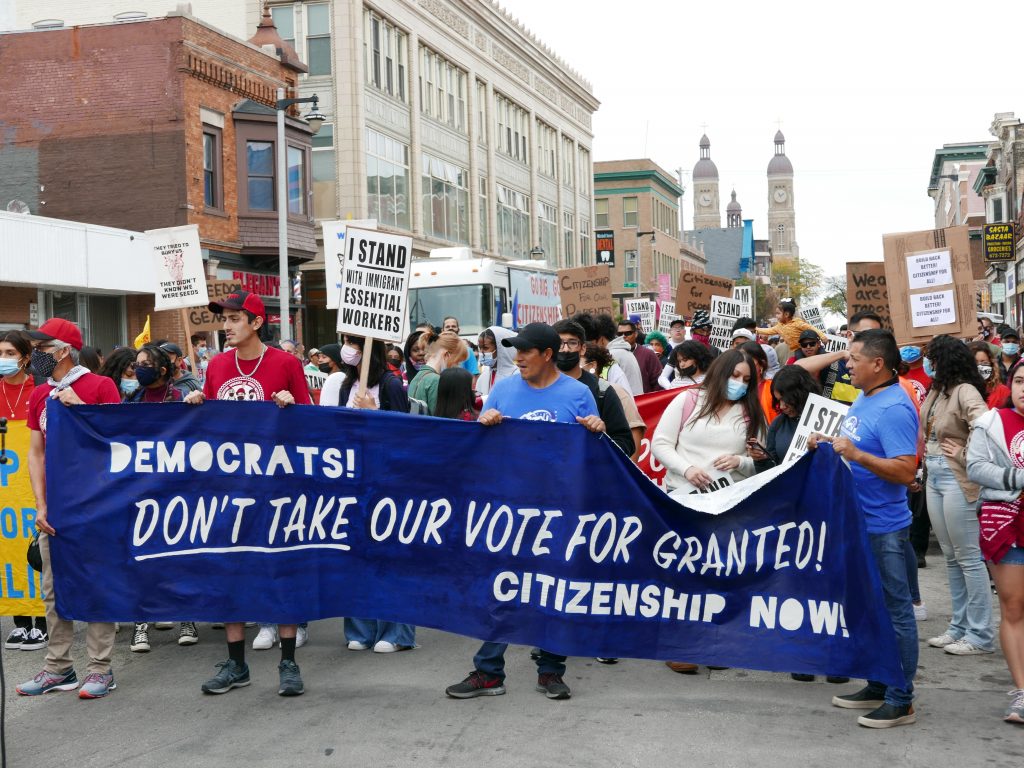 Day Without Latinx and Immigrants March. Photo by Graham Kilmer.

Local activists organized a statewide immigrant strike Monday to advocate for reforms to the U.S. immigration system, including providing a pathway to citizenship for the millions of immigrants living and working in the country.

On Monday morning, hundreds gathered near the intersection of S. 8th St. and W. Mitchell St. to march for the annual Day Without Latinx and Immigrants. The annual action calls for immigrants and their allies to refrain from work, school and economic activity to demonstrate the importance of immigrants to U.S. society and the economy.

At the head of the march, protesters carried banners that said, “Democrats Use Your Majority Power! Citizenship Now!”

The action was meant to call attention to both the struggle for immigrant rights and a specific provision in a massive bill called, the Build Back Better Act, aimed at strengthening the social safety net in the U.S. That provision included a pathway to citizenship.

The crowd marched from its starting point on the Near South Side to Downtown, swelling in size as marchers joined along the way. It ended in front of the Federal Building at 517 E. Wisconsin Ave.

The annual event has been used to advance specific causes in the past related to immigrant rights. This year, activists implored Democrats and the administration of President Joe Biden to fight to keep a pathway to citizenship in the massive spending bill currently being considered by Congress.

“President Biden and Vice President Harris promised that they would pass a path to citizenship this year, and that is in danger of being lost,” said Voces executive director Christine Neumann-Ortiz. “That’s why Voces de la Frontera is calling on tens of thousands of people to join us on another statewide general strike.”

Get a daily rundown of the top stories on Urban Milwaukee
The bill, a more than $3 trillion spending proposal, has stalled in the U.S. Senate, and reports indicate Democrats who have a slim majority, are looking at cutting provisions from the bill.

The pathway to citizenship is being held up by Senate Parliamentarian Elizabeth McDonough who ruled that the policy can’t be enacted via a budget reconciliation bill. The Democrats are attempting to use the reconciliation process to avoid a Republican filibuster.

Standing outside of the federal building downtown, Neumann-Ortiz gave a speech demanding that Democrats pass immigration reform and a pathway to citizenship. “They cannot come home empty handed,” she said. “They must deliver citizenship this year.”

Democrats say they are friends of the immigrant community, Nuemann-Ortiz said, adding that if this is true they should demonstrate friendship with actions, not “false words.”

“You are a friend, show it, show it with deeds,” she said.

The march and the general strike in Wisconsin is intended to kickoff a series of similar economic actions across the country. The march took place on Indigenous Peoples’ Day and during the final week of National Hispanic Heritage month. 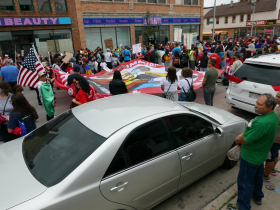 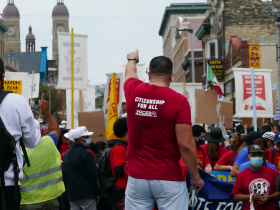 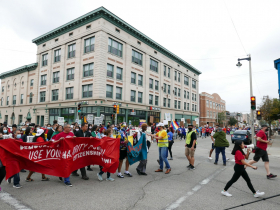