City Could Issue Citations For Failing To Disconnect Downspouts

But focus will be on hiring contractors to complete work, keep stormwater out of Deep Tunnel. 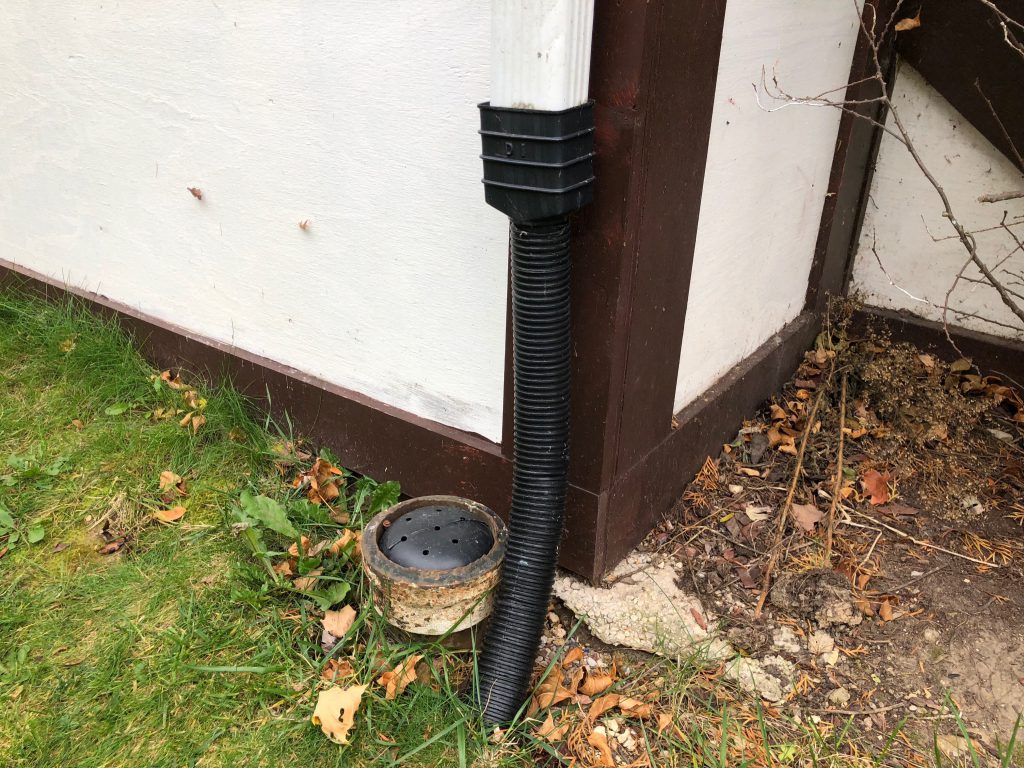 Have you failed to disconnect your downspouts from the city’s sewer system?

A new ordinance, currently pending before the Common Council, would give the city the authority to mandate the disconnection and take an enforcement action to complete the work.

It’s the next phase of a Milwaukee Metropolitan Sewerage District requirement designed to reduce the amount of stormwater ending up in the Deep Tunnel system.

The first of multiple letters was mailed in 2019 to owners of one-to-four-family residences in the combined sewer area (roughly east of 35th Street, north of Oklahoma Ave., south of Capitol Dr.) that detailed how a contractor would perform the disconnection work for free or the city would provide $50 per downspout (up to $100) if the property owner did it themselves.

The city is now eliminating the cash incentive, and giving itself the power to compel the work’s completion. It will be reviewing the properties of approximately 16,000 non-respondents.

“If you are required by ordinance to disconnect the city will just pay for it through our contractor,” said Department of Public Works engineer in charge Nader Jaber during a Public Works Committee meeting on Sept. 27.

The city’s part of the project started in 2018 with a Google Earth-based survey of the more than 53,000 homes in the combined sewer area. That process eliminated 26,000 homes from eligibility. A discharge point must be available that is five feet away from foundation walls and property lines, sloped away from any nearby structure and that does not cause ice to form on streets or sidewalks.

Get a daily rundown of the top stories on Urban Milwaukee
“Basically you cannot disconnect your downspout if you are pretty close to your neighbor,” said Jaber.

The Department of Neighborhood Services will now have the authority to go property by property, ensuring compliance.

“We will attempt to contact the owner while we are on site,” said DNS operations manager Michael Mazmanian. If so, an appointment can be quickly scheduled to get the work done. Otherwise, the city would have the authority to issue a citation for sustained non-compliance.

But the city doesn’t expect to have to do the work at all 16,000 properties. Many are likely to be found to be too close to neighboring buildings to hold stormwater on site. Others may already be disconnected.

DNS has already inspected the properties of the approximately 13,000 homeowners that responded, including committee chair Ald. Robert Bauman.

“Alright, very good,” Bauman said, after the committee was briefed on the ordinance change. The committee unanimously endorsed the new ordinance.

The full Common Council is slated to consider the change at its Oct. 12 meeting.

The program was triggered by a 2014 MMSD policy change and also impacts houses in the Village of Shorewood. Not all of Milwaukee relies on the combined sewer system, but 11 of the city’s 15 aldermanic districts are affected. Connection of downspouts to a sanitary (separated) sewer system is prevented by state law. Residential properties constructed since 2016 are prohibited by city ordinance from connecting downspouts to the combined sewer system.

2 thoughts on “City Hall: City Could Issue Citations For Failing To Disconnect Downspouts”