Huge spending cuts during COVID-19 created surpluses across the system.

By Rich Kremer, Wisconsin Public Radio - Oct 5th, 2021 01:12 pm
Get a daily rundown of the top stories on Urban Milwaukee 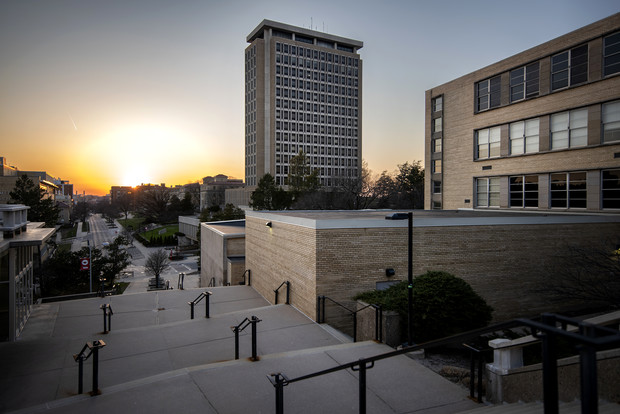 The sun sets behind Van Hise Hall at University of Wisconsin-Madison. Angela Major/WPR

After a year of spending cuts driven by the COVID-19 pandemic, fund balances at University of Wisconsin System campuses have grown significantly. Tuition reserves, in particular, have increased by more than 46 percent following years of sustained decreases that put some campuses in financial jeopardy.

Tuition fund balances are revenues left over after expenses are paid in a prior campus budget year and used to safeguard against unexpected costs or revenue losses.

According to a new UW System report on a variety of balances, unrestricted tuition fund balances in fiscal year 2021 increased to $333.2 million, which works out to an increase of more than 46 percent compared to the $227.3 million held at the end of the 2020 fiscal year. That’s the highest tuition balances have been since 2015. The increase follows years of consistent tuition fund balance declines driven by anger from Republican lawmakers over the size of balances held by system campuses nearly a decade ago.

Tuition balances increased at every campus this fiscal year compared to last, with some growing exponentially.

When including what are known by administrators as “program revenue balances,” the total unrestricted pool of funds held by the UW System increased by $189.1 million between fiscal years 2020 and 2021, or about 24 percent.

In 2013, Republican state lawmakers attacked the UW System when a memo from the nonpartisan Legislative Fiscal Bureau showed $648 million in cash reserves across the state’s universities, most of which came from unspent tuition.

The outrage led to a freeze in undergraduate tuition increases that lasted for eight years until it was lifted in the current state budget. The UW System and its campuses also had to spend down their reserves in the years following 2013 to make up for the freeze and a $250 million cut to state funding for state universities in the 2015-17 state budget.

UW System interim President Tommy Thompson told WPR there are a number of factors that led to this year’s fund balance increases, including COVID-19-related employee furloughs, hiring freezes, elimination of most travel expenses, consolidation of leases and utility savings from buildings being mostly vacant during the early months of the pandemic. Thompson said the cost-cutting measures saved around $300 million as universities negotiated the impacts of COVID-19 on campuses.

This year, Gov. Tony Evers rescinded a planned budget lapse of more than $45 million for the UW System after state revenue projections improved.

When Thompson became the interim leader of the UW System in June 2020, he said some universities were facing “precarious financial conditions” at the start of the COVID-19 pandemic. He said balances are now stronger than anticipated.

“Financially, we are in stable condition, and we are looking forward to the future with a great deal of delight and excitement and optimism,” said Thompson. “We were not awash in money, but we are stable.”

Thompson said the system could operate for about 47 days with its current reserve levels. He said at the end of the last fiscal year, reserves would have covered about 12 days.

When asked if he’s concerned the increasing tuition fund balances will draw renewed scrutiny from state lawmakers who balked at reserves held in 2013, Thompson said he’s making the point that UW System campuses are building reserves the same way the state does with its rainy day fund.

Thompson said the system’s finances are going in the right direction.

“I’m cautiously optimistic that you’re going to see the reserves go up a little bit this year,” said Thompson.

One thought on “UW System Funding Reserves Up $189 Million”