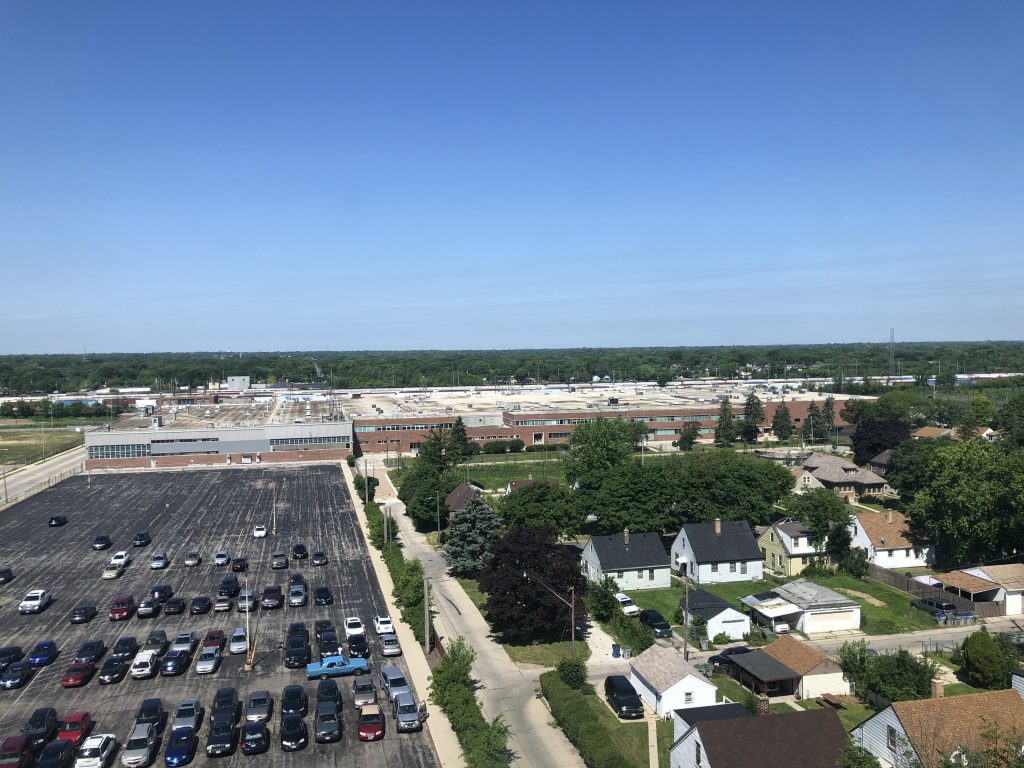 “The EPA heard I was working on this and said they wanted to help,” said Shambarger in presenting the plan to the Public Works Committee on Monday. The agency is providing a $25,000 grant in exchange for the city committing $14,600 to develop a demand-side financing plan for low- and moderate-income Milwaukeeans to buy the homes.

The idea of factory-built housing is commonly associated with manufactured or mobile homes. “That’s not what we are really going for here,” said Shambarger.

The plan calls for a facility to construct higher-quality modular or panel homes that are “net zero” or carbon neutral. The houses, conceptually 1,200 square feet in size, would be designed to be highly energy efficient by using small heating, ventilation and air conditioning (HVAC) systems, having a “really good” thermal enclosure and “best in class” plug loads.

Shambarger said it would be difficult and expensive to retrofit existing homes to be that energy efficient. Instead the plan calls for installing the new factory-built homes on vacant lots.

“The trick is going to be even at $150,000, is that low enough for someone making $15 per hour to get into home ownership?” said Shambarger. “The workers in this factory should be our first target.”

The city department, which was turned onto the idea by the city-county climate task force, issued a request for information from possible vendors earlier this year; seven responded.

Get a daily rundown of the top stories on Urban Milwaukee
Shambarger said companies are currently active in the industry in California and New England. “The Midwest seems to be lagging a bit,” he said. “We have a lot of partners nationally that have been helping us through this.”

Locally there are partners as well. The house factory would plug into the housing strategies advanced by the Community Development Alliance in its new, multi-decade housing plan that was released earlier this month. ECO would work with Take Root Milwaukee to identify homeowners and other funding sources.

“I think this is part of a housing strategy. I don’t think it’s a complete silver bullet,” said Shambarger.

Shambarger is working to build a purchaser pipeline and an efficient permitting process. “We want to get to the point where [the City] can approve a handful of designs and the company can feel good about it that they’re not going to be held up in permitting,” he said.

The city would also provide funding to buy a handful of prototypes to start the pipeline.

But Alderman Robert Bauman isn’t thrilled with the concept.

“We assume it’s going to be successful. Why not own a piece of the action?” he asked, suggesting the city could become an investor.

And if the city isn’t going to own part of the company, he would prefer to see a request for proposals issued to just guarantee the purchases of the houses.

“I think what we can provide is a reasonable financing plan,” said Shambarger. The city would only buy the prototypes, not the entire pipeline.

There also is the matter of what building to use to build the houses. Much of Century City is currently a grass lot.

Shambarger said the Leonardo DRS facility, located across the street at 4265 N. 30th St., could be used.

“We don’t own that building,” said Bauman. Which is true, but Shambarger noted the company was expected to move to Menomonee Falls on a timeline that would line up with local production. DRS doesn’t own it at this point though either. Tom Ryan of Jonco Industries purchased the 450,00-square-foot building and 22-acre site in 2019 for $3.5 million.

Shambarger’s vision is one with a plan for growth wherever it takes place. “You can start smaller and incrementally get more advanced,” he said. “When you build out a factory the key is to get scale.”

A request is pending for $5 million from the city’s $394.2 million American Rescue Plan Act allocation.

A request for proposals would be be issued in the future to solicit a partner to build the homes.