How Tax-Exempt Property Hurts The City

Your tax bill would be lower -- much lower -- without all those tax exemptions. 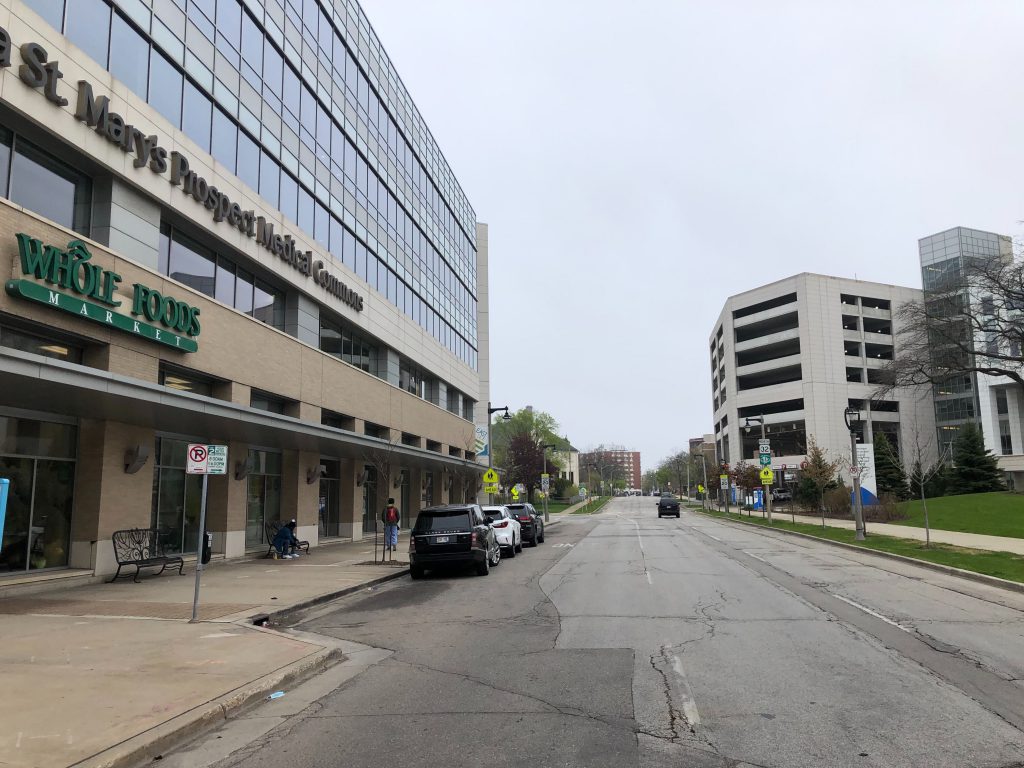 Mayor Tom Barrett recalls when St. Mary’s Hospital, now part of Ascension Health Care, was looking to expand and seeking city approval. The city used this as an opportunity to push the tax-exempt non-profit to make an annual Payment In Lieu of Taxes or PILOT to the city.

“They agreed to do it, but insisted it could not be called a PILOT,” he recalls. Instead they made a three-year commitment for a payment to the city and that was it. None of the hospitals and health care organizations wanted to set a precedent for paying a PILOT, Barrett says.

Which means all the hospitals in town, which the city estimates own a combined total of $524 million worth of property, pay nothing for the fire and police and other services the city provides them. Who pays for it? We the taxpayers do.

The average Milwaukee homeowner pays approximately $4,200 in property taxes annually. If Ascension and all the other owners of tax-exempt property in the city were charged their fair share, that bill would go down by about $800.

A 2019 study by the City Treasurer, done in conjunction with the City Assessor, estimated that about one fifth (17% to 22%) of the city’s total real estate is tax-exempt. That includes more than 9,800 parcels and $4.6 billion of property that is exempt.

And the number keeps rising. Over the last decade there has been an average of about 65 requests for tax exemptions involving about 100 parcels each year. And the city has no control over that. The exemptions are approved by the state Legislature.

“Every year there are more requests to the Legislature,” says City Assessor Steve Miner. “That’s just a constant thing.”

About ten pages, or one-fifth, of Chapter 70, the section of the Wisconsin Statutes pertaining to the property tax, are devoted to exemptions, as one study noted.

Get a daily rundown of the top stories on Urban Milwaukee
“It’s one of the burrs under my saddle, the ease with which legislators just throw in new exemptions,” Barrett complains. “It’s so easy for any group to go to the Capitol and say, ‘can you just give me this?’ And there is no negative impact for the Legislature.”

Because the bill will be paid by local governments.

There is some logic to exempting public universities, state-owned buildings, Milwaukee Public Schools and other public entities. But there is a long list of private entities paying nothing for city services.

That includes churches (a combined total of $673 million in property, the city report estimated), nursing homes/homes for the aged ($111 million), the YWCA and YMCA facilities ($62 million), religious schools ($38 million), public utilities ($101 million) railroad companies ($20 million). There are some 80 different categories of exempt property, all approved by the state.

Twenty-five years ago, when St. Mary’s Hospital was truly a charity, whose president was a nun who took a vow of poverty and earned $1 a year, the exemption made sense. But by 2005, the head of Columbia St. Mary’s was earning total compensation of more than $900,000.

Today a health care chain like Advocate Aurora has a CEO who earns more than $11 million a year. The utilities are big profit makers paying massive CEO salaries and generous dividends to stockholders. Marquette University pays its president nearly $1 million and its basketball coach more than $2 million but pays no property taxes on its huge and ever-growing real estate empire.

Instead Milwaukee taxpayers are paying for these services, and because the property tax is regressive, the poorest taxpayers pay the highest percentage of their income. That includes paying for Milwaukee Mitchell International Airport, because it’s a tax-exempt county facility. But the facility’s operating costs are shared by the airlines who use it, meaning all are getting subsidized by Milwaukee taxpayers.

This problem is not unique to Milwaukee. A 2012 story by Governing magazine found that many big cities were seeing an increase in tax-exempt properties. Worst case scenarios included Jacksonville, Florida, where 29% of all property was exempt and Baltimore with 30% exempt.

The Lincoln Land Institute has tracked efforts by other cities to sign PILOT deals with non profits and found that between 2000 and 2012, PILOTs were received by at least 218 localities in at least 28 states. But these deals were mostly in the northeastern states, which accounted “for roughly 75 to 80 percent of PILOT activity, with the largest share in Massachusetts and Pennsylvania,” and with the majority of revenue coming from just 10 organizations, mostly elite universities like Harvard, Yale, Brown and Princeton.  And even then these universities paid a tiny percentage (from 0.08% to 8.5%) of the money they would have been charged as full property taxpayers.

“PILOTs are a limited and frequently unreliable revenue source, rarely accounting for more than 1 percent of total revenues,” the group concluded.

The problem with PILOTs is they are voluntary and nonprofits can’t be leveraged or shamed into paying them. But while many big cities face the problem of too many tax exemptions being awarded, Milwaukee is unique because it cannot levy its own sales tax or income tax, something nearly every other big city can, as a study by the Wisconsin Policy Forum found. It has only the property tax, and one fifth of its value is exempted, with the numbers steadily rising every year.

The Barrett administration has come up with one interesting solution: adding fees to the water bill everyone in the city pays. The added “municipal charges” include fees for sewerage, garbage, snow and ice and most recently street lighting. While the fees don’t pay for the entire cost, they have literally helped keep the lights on in the city.

“Nobody likes the bill,” Barrett admits. “I get mad when I get it. But it is a tool that allows us to get revenue we could not otherwise get.”

The most ingenious part is that the charges operate like user fees that spread the city’s costs to all those who benefit from its services, including the more than 9,800 parcels and $4.6 billion worth of property that is tax exempt and whose owners were previously paying little or nothing for all the services they receive.

How unusual is this? “There might be one other city in Wisconsin that does this,” Barrett says, “but I don’t know of any cities in other states that are doing this.”

For those of us who live in Milwaukee and were previously subsidizing all these tax exempt properties, it’s a welcome development.

5 thoughts on “Murphy’s Law: How Tax-Exempt Property Hurts The City”