By Gretchen Schuldt, Wisconsin Justice Initiative - Sep 26th, 2021 01:55 pm
Get a daily rundown of the top stories on Urban Milwaukee

Milwaukee police are still stopping Black and Hispanic people at a far higher rate than they stop white people, a new report shows.

The same is true of police conducting field interviews and frisks.

The disparities are getting worse, according to the ACLU of Wisconsin.

The new report was prepared by the Crime and Justice Institute as a result of the 2018 settlement of a lawsuit by nine Black and Hispanic/Latino Milwaukee residents alleging that Milwaukee police unlawfully engaged in racially biased stop-and-frisk practices.  The nine were represented by the ACLU of Wisconsin, national ACLU, and the law firm of Covington & Burling.

As part of the settlement, the Police Department, the Fire and Police Commission and the city agreed to undertake a number of reforms, including an end to race-based pedestrian and traffic stops.

“We’re at a critical moment where the Milwaukee Police Department, three years into the settlement, has failed to achieve compliance for even a single year and continues to over police Black and Latinx people at an alarming, unacceptable, and worsening rate,” Karyn Rotker, senior staff attorney with the ACLU of Wisconsin, said in a prepared statement. “We are also deeply concerned by the lack of adequate supervision and discipline to impose the accountability that this agreement requires.”

The Fire and Police Commission also issued a statement that said the city and police department have more work to do to comply with the settlement.

“The FPC is fully committed to this essential work, as well as to exercising its critical oversight function to support MPD and hold the Department accountable to meet its settlement obligations,” the commission said.

The charts below are from the CJI’s report. The full report is here. 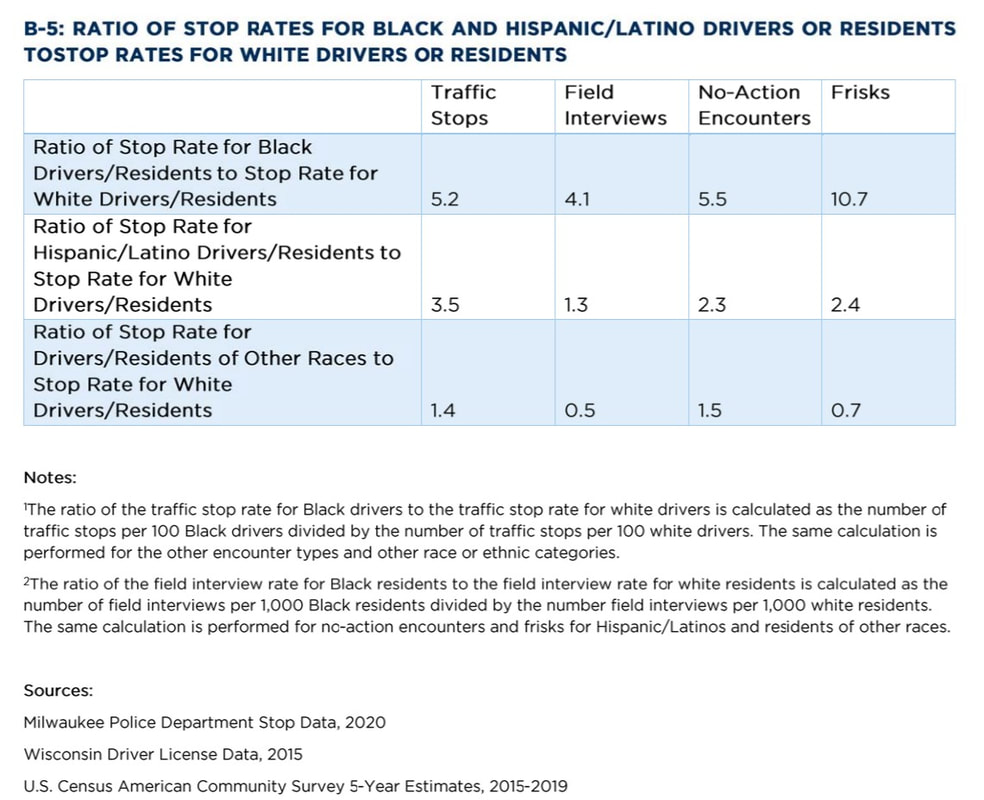 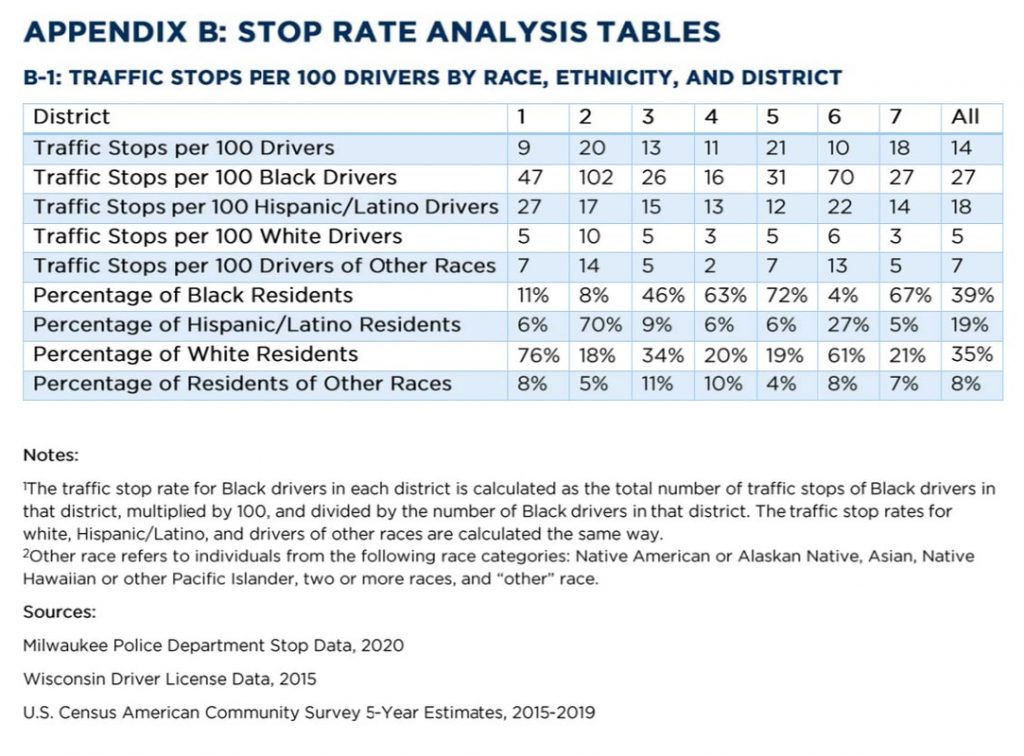 Traffic stops per 100 drivers by race, ethnicity, and district 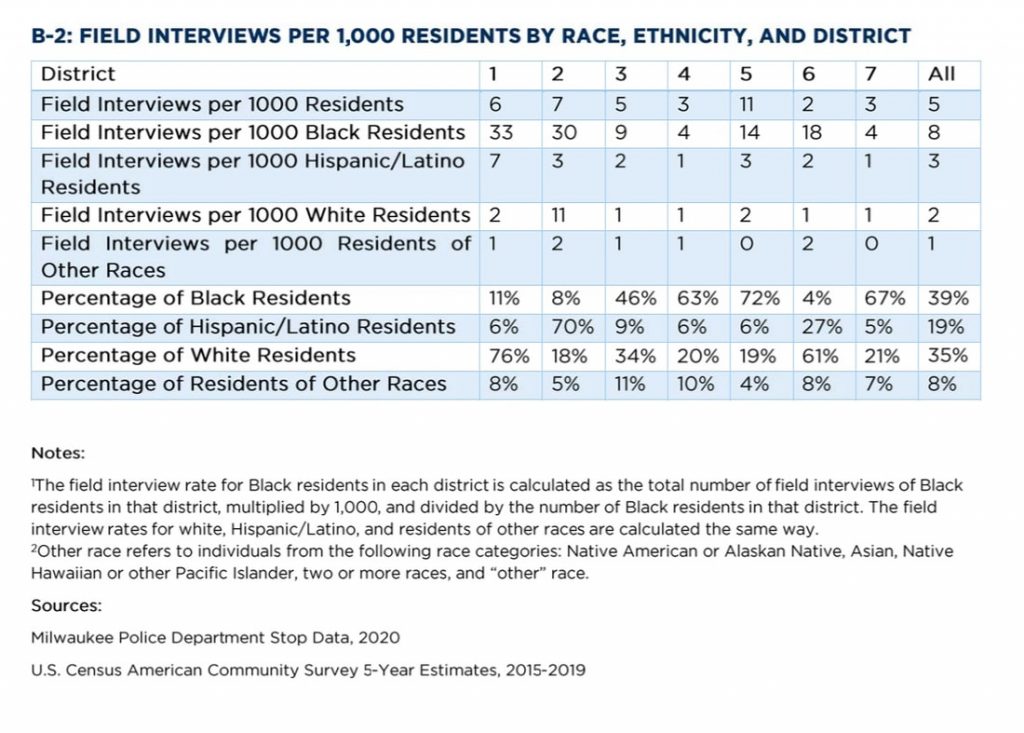