How Kleefisch Failed On Foxconn

As Lt. Governor she recruited the Taiwanese company and failed to protect taxpayers.

Rebecca Kleefisch. Photo from the State of Wisconsin Blue Book 2017-2018.

Rebecca Kleefisch had a hard time in the early days of Gov. Scott Walker’s administration.

Her easy win in the Republican primary for Lieutenant Governor in 2010 shocked and dismayed the leaders of Walker’s campaign for governor, who favored Kleefisch’s GOP opponent Brett Davis. Walker’s top aide Keith Gilkes had declared that “we are not touching anything to do with Kleefisch,” calling her “radioactive.”

Walker aide Kelly Rindfleisch dismissed Kleefisch as “fluff,” while another Walker staffer declared that “I cannot see how anyone can take this woman seriously.”

So after the Gov. Walker took office in January 2011, he didn’t seem eager to give Kleefisch any duties. But Kleefisch went ahead and begin booking appearances speaking to business groups, like the American Electroplaters and Surface Finishing Society, promoting economic development and business initiatives.

In March 2011: a press release by Kleefisch noted that she had  “launched the Small Business Roundtable which will serve as Governor Walker’s sounding board on small business issues and will be tasked with providing input and recommendations to improve the business climate in Wisconsin.”

At some point Kleefisch began to call herself Walker’s “jobs ambassador.” She told WUWM’s Erin Toner in 2012 that this was decided in concert with the governor, though Walker does not appear to have ever used the term.

As jobs ambassador, Kleefisch went on to explain, she traveled the state to “listen to job creators.” She “also held small-business roundtables around the state. Only 10 minutes of each 90-minute session, however, have been open to the press, so there is not much of a public record on the events,” as Judith Davidoff reported for Isthmus.

In 2012 Kleefisch claimed that her “cold call” to an Illinois business, FatWallet, persuaded the company to move to Wisconsin, which Politifact found was “mostly false.”

At some point Kleefisch began to claim that Walker’s famous motto that “Wisconsin is open for business,” which he announced in his November 2010 victory speech, had actually been coined by her.  Needless to say, Walker has never given her credit for this.

But Walker did begin to see her as a useful person to connect to business.

Two years into his term he asked her to tour the state with Revenue Department Secretary Rick Chandler, holding closed door discussions with business leaders seeking their thoughts on tax reforms.

In 2014 Kleefisch spoke to the Heritage Foundation in Washington, D.C. about the state’s successful efforts to revive its economy and spur job creation.

It was on the first of those trade missions, Kleefisch would later claim, that she met with Foxconn officials and urged them to consider development in Wisconsin. So even the project Walker touted as his signature economic development coup was first pushed by his Lt. Governor, according to her.

There is no doubt Kleefisch was a strong proponent of the Foxconn deal, telling Channel 58 that “We are being very aggressive in our plans to assure we are putting together the very best package.” and marveling in 2018 at “how exciting the future is going to be now that Foxconn is joining Wisconsin’s economy.”

So what is the truth here? There are two ways to views Kleefisch’s eight years as Lt. Governor. The first is to take it at her word, that she was Walker’s jobs ambassador, in which case his failed promise to create 250,000 new jobs by the end of his first term falls equally on her.

And to take her at her word that she was a key player in Walker’s nationally discussed Foxconn deal, helping convince the company to expand to Wisconsin. In which case she shares the blame for offering what ballooned into a massive $4.1 billion giveaway of taxpayer dollars, the largest government subsidy ever offered in the U.S. to a foreign company.

Kleefisch promised that “Foxconn won’t get that money unless they meet the jobs and investment promises they’ve made,” but in fact state and local taxpayers have been charged $1.2 billion for upfront costs of roads and highways, water pipes, gas pipes, telecom wiring and other infrastructure for a massive manufacturing campus that is still empty.

As late as November 2019, after countless misfires by Foxconn and still almost no jobs, Kleefisch was still defending the massive state handout to the company. “I do think Foxconn was a good deal for the state of Wisconsin.… This is very high-tech manufacturing. A lot of Internet-of-Things technology and artificial intelligence are involved in this project. You don’t see that in a lot of traditional Wisconsin companies.”

Nor did you see it on the Foxconn campus. Just empty buildings and nothing being manufactured.

In short Kleefisch and Walker failed to protect taxpayers, while Gov. Tony Evers did, massively scaling back the contract to allow only maximum tax credits of $80 million. Kleefisch supported what stands as the most embarrassing economic development project in state history.

The other way to view Kleefisch is that she was simply exaggerating her role in Walker’s administration, that she wasn’t really his “jobs ambassador,” probably didn’t coin the central slogan of his campaign, and didn’t play a key role in the Foxconn deal. In which case, there’s little she accomplished in those eight years.

But in either version of her tenure as Lt. Governor (and she clearly prefers the first version), Kleefisch made no effort to protect taxpayers from the debacle of Foxconn.

9 thoughts on “Murphy’s Law: How Kleefisch Failed On Foxconn” 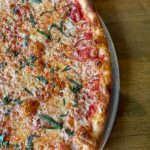