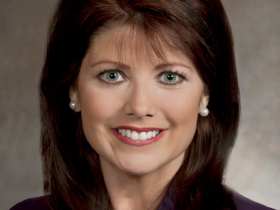 When the results of the 2010 Republican primary for Lieutenant Governor came in, most GOP insiders were shocked at the results. Few expected Rebecca Kleefisch to win. The smart money was on Brett Davis, who was backed by much of the Republican establishment, including members of Scott Walker’s inner circle. But Kleefisch not only won, she crushed Davis, with 46 percent of the vote to his 26 percent; three other candidates split the rest of the vote.

That left Walker with a problem he didn’t want. His top aide Keith Gilkes had declared that “we are not touching anything to do with Kleefisch,” calling her “radioactive,” in emails to then-Milwaukee County Executive Walker’s staff members (included in documents released from the John Doe investigation of Walker). Walker aide Kelly Rindfleisch dismissed Kleefisch as “fluff” and after she skipped one political forum, wrote “I hope she keeps missing them. And topples over on her high heels.” Said another Walker staffer, “I cannot see how anyone can take this woman seriously.”

One Republican who worked on the Kleefisch campaign described her as  a very weak candidate who was “not very smart… she would try to memorize facts.”

Yet this is the person just a heartbeat away from the governor. Walker, who wants to run for president, has refused to promise he’d finish a four-term for governor, should he win reelection, so it’s possible Kleefisch could one day be called on to succeed him. Some Republicans now praise Kleefisch for her growth as a public official, and Walker has called her a “trusted ally and lieutenant,” but she’s mostly been invisible in his administration, even as questions about her abilities continue to be raised.

How did Kleefisch — a weak candidate with no experience in government — win office in the first place? “We had Scott Jensen as our strategist and we followed his strategy exactly,” says Kleefisch’s campaign aide.

Jensen, the former Republican Assembly Speaker, and a very shrewd candidate handler, said he’d been asked by Republican insider Brett Healy to meet with Kleefisch, the wife of Rep Joel Kleefisch (R-Oconomowoc), who had served as a WISN-TV newsperson from 1999-2004.

“I actually thought from the beginning she had a chance to win,” Jensen says. “Though a lot of my friends didn’t agree. She began with a million dollar advantage [her years of TV exposure] that the other candidates didn’t see. The lieutenant governor primary is a low-visibility election and she had a big advantage in name recognition.”

“We essentially had a good communicator with no money,” Jensen adds.

All the money was going to Davis, a six year Republican veteran of the assembly. “There were five candidates in the race, but none of the other four could raise any money,” says the Kleefisch aide. “Everyone was getting the message that Davis was the guy, and was Walker’s choice.”

Much of Walker’s secret email system at the county courthouse was devoted to his campaign for governor and the Davis campaign. Walker aide Rindfleisch told people she spent half of her time as a county aide on political campaigns, including that of Davis.

Jensen’s strategy for Kleefisch was simple: (1) court conservative talk radio hosts; (2) appear before Tea Party groups; (3) Focus the campaign on the “golden triangle,” from Green Bay to Waukesha (and Washington and Ozaukee counties) to the Kenosha border, because “that’s where Republican primaries are won,” he notes.

WTMJ conservative talker Charlie Sykes got aboard the Kleefisch bandwagon with a vengeance. “She was a regular on his show and did a video blog for Charlie which he would post,” Jensen recalls.

The strategy worked remarkably well. “Walker’s team was shocked when she won. We were all shocked,” says the Kleefisch aide. “Nobody wanted her. They kept her as far from Walker as possible.”

Jensen, Kleefisch’s champion, says that from early in the campaign, he was “impressed with what a quick learner she was and how disciplined she was.”

But Walker’s staff clearly didn’t share that feeling, and with good reason. During the 2010 campaign, she declared that gay marriage was “a slippery slope” to people marrying animals and inanimate objects: “Can I marry this table or this, you know, clock? Can we marry dogs?” Kleefisch asked.

During the 2012 recall election, Kleefisch did a bizarre flip-flop on the issue of rape, condemning Missouri Republican Todd Akin’s suggestion that women don’t get pregnant from “legitimate rape.” As she put it, “Rape is a rape. I don’t know how you can categorize it, and it’s disgusting that Todd Akin would have tried to categorize it.” Then, when asked about Rep. Paul Ryan (R-WI), who co-sponsored a bill with Akin that allowed an abortion exception only in cases of “forcible rape,” Kleefisch offered this response: “Well, I think there is a way to have a more forcible rape, the same way there are different types of assault.”

Walker didn’t exactly rush to assign any duties for Kleefisch, but two years into his term he asked her to tour the state with Revenue Department Secretary Rick Chandler, holding closed door discussions with selected taxpayers seeking their thoughts on tax reforms. Meeting with a group of business people, Kleefisch asked them, “We want to know how we can love you more.” No, I am not making this up.

In a revealing article on Kleefisch by the Wisconsin State Journal, Walker, after calling her a trusted lieutenant, declined to comment on what sort of governor she would make.

Former Republican Lt. Gov. Margaret Farrow, an early Kleefisch supporter and mentor, wasn’t much more reassuring. She said “it was iffy” whether Kleefisch had the skill set to take over as governor three years ago. But now, Farrow said, she’s ready. “She’s done a complete vertical learning jump and she worked very hard at it,” Farrow declared. Methinks that qualifies as damning with faint praise.

State Sen. John Lehman, D-Racine, the only announced Democrat running for lieutenant governor, told the State Journal voters should be concerned about the possibility of Kleefisch becoming governor.

That last part seems quite inaccurate. Kleefisch is doing very little, good or bad, for the citizens of this state. She remains a public official without portfolio, the Lt. Governor that nobody wanted.

22 thoughts on “Murphy’s Law: The Lt. Governor Nobody Wanted”