Exit of mayor and congressman makes room for new generation of leaders. 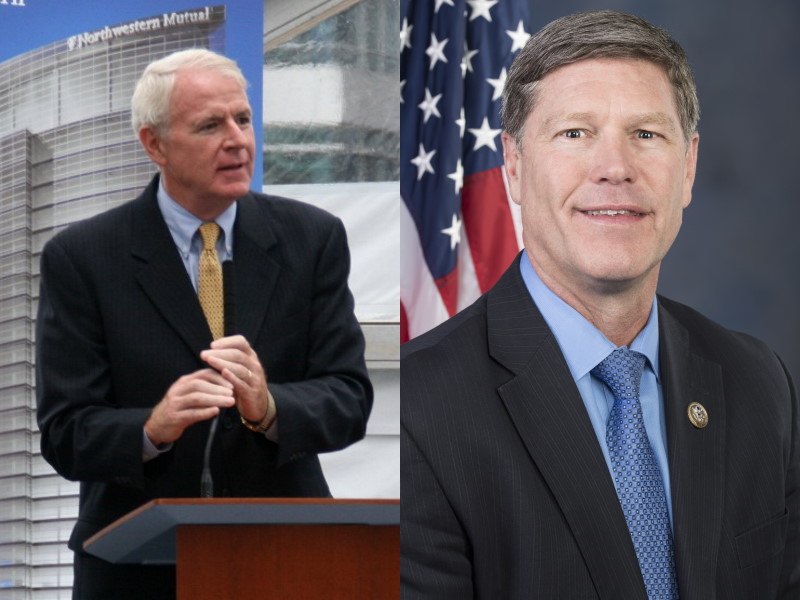 Wisconsin Democrats lost 59 years of political experience in a two-week period this month.

Milwaukee Mayor Tom Barrett was nominated by President Joe Biden to be U.S. ambassador to Luxembourg, which would end 36 years as an elected official: 17 years as mayor, 10 years as a U.S. House member, four years as a state senator, five years in the state Assembly.

U.S. Rep. Ron Kind said on Aug. 10 that he would not seek re-election in Wisconsin’s Third Congressional District next year, which will end 26 years in the U.S. House.

The exits of two Democratic Party veterans — one leading the state’s largest city and the other advocating for all or parts of 18 agriculture-dominated western Wisconsin counties — clears a path for the next generation of party leaders in both regions.

The 67-year-old Barrett will stay on the job until his appointment is confirmed by the U.S. Senate. Common Council President Cavalier Johnson would then become acting mayor until a special election is held.

Barrett issued a statement. “Between my nomination and final Senate consideration, I will continue to focus my full attention on mayoral duties, my obligations to the people of this great city.” Those include deciding how to spend federal pandemic-relief aid, responding to increased shootings and the challenge of state-imposed limits on how the city pays for emergency services.

Kind, a former Harvard University quarterback, said he had no more political plays to call. The 58-year-old Democrat went from winning unopposed in 2016 to barely beating Republican Derrick Van Orden last year in a district won by President Donald Trump.

“The truth is I’ve run out of gas,” Kind said. “At the end of this term it’ll be 26 years of running back and forth to Washington D.C.”

Kind, 58, former chair of the compromise-seeking New Democrat Coalition, also said the scorched-earth nature of Washington politics made retirement look good. “The other sad truth is… I’m part of a dying breed in public service today, in Washington and certainly in Madison: Someone who tried to be reasonable, pragmatic, thoughtful. Someone who worked hard to find common ground with my colleagues. Work in a bipartisan way.”

Get a daily rundown of the top stories on Urban Milwaukee
While Kind kept one job for 26 years, Barrett’s political history was much different. He went from the Wisconsin Assembly to the Senate in a special election in 1989. In 1992, he won the first of five terms in the U.S. House. But Census numbers for 2000 cost Wisconsin its ninth U.S. House seat, giving Barrett no political base in 2002.

So, Barrett launched the first of three runs for governor that year, losing in the primary to Democrat Atty. Gen. Jim Doyle, who served two terms as governor. In 2004, Barrett ran for mayor. He was re-elected four times.

Barrett twice ran against Republican Scott Walker, who served two terms as governor. Barrett got 47% of the vote in the 2010 election for governor and 46% of the vote in the June 2012 recall election that targeted Walker for pushing through Act 10, which ended most public employee collective bargaining rights and made them pay more for health care and pensions.

“Plus, he had the right personality: likable, easy to get along with, great sense of humor, played well with others, a temperament that avoided making permanent enemies, practical and pragmatic.”

Cavalier Johnson and several other candidates are expected to run for mayor of Milwaukee, whenever the special election is held. The winner will serve out Barrett’s term, which ends in April 2024.