The Opportunity Center would be open to all, open in 2025. 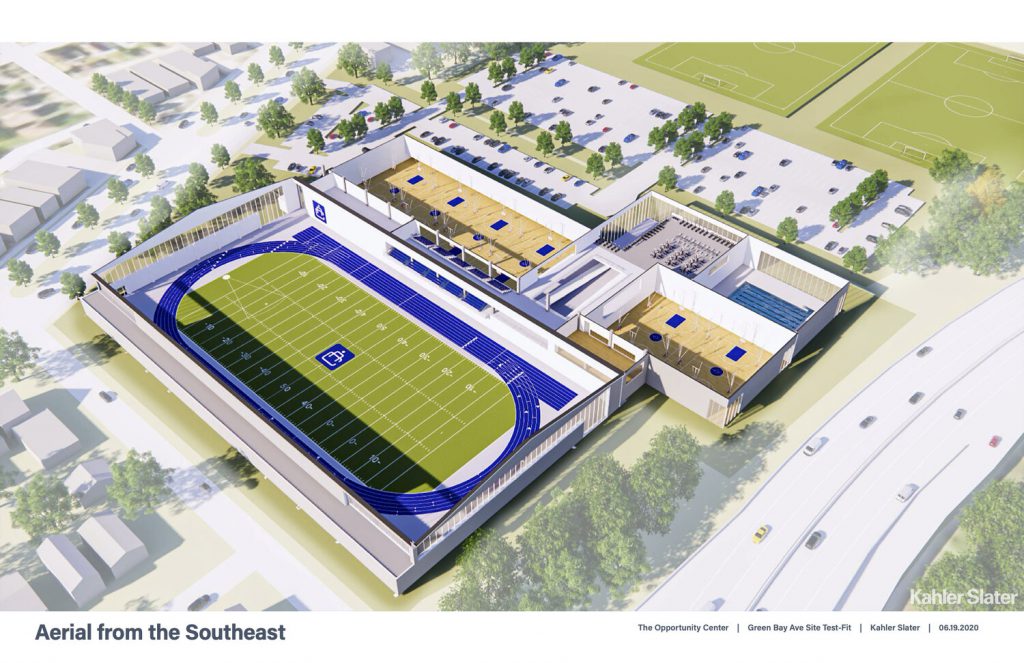 A new athletic center is planned for a 22-acre site near the intersection of N. Green Bay Ave. and W. Capitol Dr.

Known as The Opportunity Center, the 300,000-square-foot sports and wellness facility is intended to be accessible to all, regardless of race, gender, age, level of experience, ability or disability.

The project, led by The Ability Center founder Damian Buchman and Bader Philanthropies vice president Franklin Cumberbatch, is intended to open in 2025.

Billed as “America’s only urban sports center serving our community for: greater inclusion, stronger education, and true integration through systems change,” the project is expected to cost $80 million to develop. A conceptual rendering from Kahler Slater shows an indoor track wrapped around a field configured for football, at least six basketball courts, a  pool and large gathering room. Outdoor soccer fields would also be included.

“Franklin and I have both experienced the transformational impact that belonging to an athletic community can have on a child’s trajectory in life,” said Buchman in a statement.  “We see a tremendous opportunity to replicate this experience for thousands of young people in our community that are facing tough odds, and we know it can inspire them to greatness too.”

Buchman is an avid wheelchair basketball player and Cumberbatch is a former college athlete and current assistant coach with the Milwaukee Mustangs Track Club.

Buchman’s The Ability Center was a partner in the effort to add wheelchair ramps to Bradford Beach in 2019 and in the development of Northwestern Mutual Community Park on the Henry Maier Festival Grounds. Cumberbatch is a key figure in Bader’s investments in the Harambee neighborhood.

A group of project backers, led by motivational speaker David Cooks, hopes to raise $9 million by the end of 2021 to advance the project. The Opportunity Center is a project of Buchman’s 501(c)(3) nonprofit AFAR, Inc.

The effort is being supported by IndependenceFirst, Milwaukee Youth Sports Alliance and The Sports Facilities Companies.

The project received a $2.5 million loan from the Milwaukee Economic Development Corporation to support site acquisition.

The center would be developed on a 22-acre site at 4206-4400 N. Green Bay Ave. that is split between the cities of Milwaukee and Glendale. The site is located just west of Interstate 43.

The portion of the property in the City of Milwaukee includes a parcel last occupied by Rank and Son Buick. According to a Wisconsin Historical Society report, buildings formerly on the site were constructed in the 1960s.

A site plan shows that Buchman and Cumberbatch would merge that site with a former Milwaukee Road railyard to the north, 4400 N. Green Bay Ave. That property, owned by Brian Monroe‘s Glendale Partners, is vacant today and located in the City of Glendale. Monroe has parceled off much of the former railroad corridor to adjoining land owners.

An extension of the Beerline Trail is mapped as going through the northern portion of the site. Milwaukee County is pursuing federal funds for the project as part of a partnership with the City of Milwaukee.

A project website has more information on The Opportunity Center. 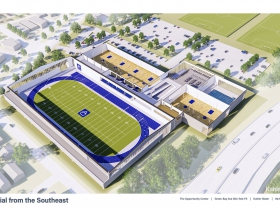 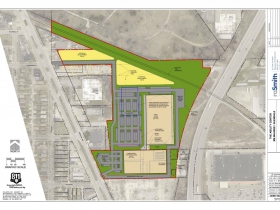 UPDATE: An earlier version of this article, based on a now out-of-date rendering, said The Opportunity Center would include a parcel at 4200 N. Green Bay Ave. It would not.