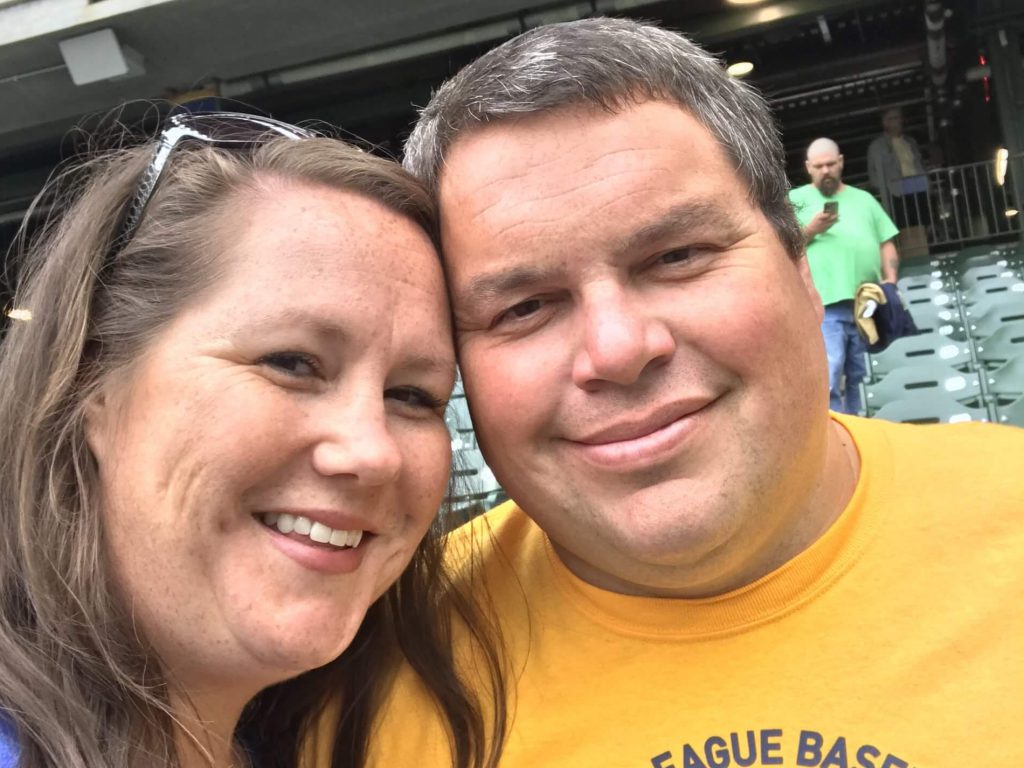 Kelly and Eric Maday. Photo courtesy of the Madays.

An Ashland family that alleged in February the School District of Ashland was enforcing COVID-19 mitigation policies differently against their Native American students than their white counterparts has now filed a complaint with the Wisconsin Department of Public Instruction (DPI) that states the district has systematically discriminated against Native students.

Kelly Maday, says that she doesn’t believe her family’s experience was isolated and they filed the complaint with the hope that Native American students in the district will feel more welcomed.

“​​Since February, we have talked to many parents, staff, students and former staff about everything that happened in February and everything we have been told indicates that our children were not the only ones being discriminated against,” she says. “There is a long history in the Ashland district and it is time they be held accountable for their actions. I am also astounded at their complete lack of respect for our family. They refuse to even speak to us. We are both alumni, we pay taxes in the district, we participate in school events, we get involved, and yet … nothing. They think if they ignore it, it will just go away … well, I will not go away.”

The February incident, which was previously reported by the Wisconsin Examiner, occurred after the Madays’ oldest child, Reggie, was possibly exposed to COVID-19 by a classmate.

A school nurse called Kelly Maday and said Reggie would have to quarantine, which the family was fine with, but the district also pulled her two other children out of class and made them wait in an “isolation room” before they could be picked up by a parent. The Madays say being forced to wait in that room was especially frightening to Abigail, who was in kindergarten at the time.

The Maday’s complaint includes a declaration from Jessica Clark, a former school nurse in the district who had worked there for ten years before resigning in November because of how administrators handled COVID-19 policies.

Clark’s declaration makes the same allegations as the Madays’ complaint — that district officials enforced COVID-19 policies differently for non-Native students. The declaration also states that in instances when COVID-19 exposure was less definite, the district frequently erred on the side of letting students and staff continue attending school.

“There were numerous instances when the Ashland School District failed to enforce its COVID-19 protocols, or inconsistently enforced them on non-Native American students and staff,” the declaration states.

The School District of Ashland did not respond to a request for comment for the Examiner’s initial reporting on the incident. The superintendent who was in charge at the time, Erik Olson, recently left the district and the interim district administrator says he isn’t aware of a DPI discrimination investigation.

A DPI spokesperson confirmed that the department is currently investigating the Madays’ complaint, but declined to comment on the open investigation.

In the district’s response to DPI’s investigation into the Maday complaint, obtained by the Examiner, the district’s lawyer and Olson deny that students were treated differently because of their race.

“The Madays’ children were subject to a quarantine for legitimate, non-discriminatory reasons – because one of the children were determined to be a close contact with a COVID-positive person,” the district response states. “The complaint seems to be that other students were determined by the District to be a close contact and were not subject to a quarantine.”

The Madays examples of known COVID-19 exposures and the district response in the small community — as well as the school nurse’s declaration on disparate COVID-19 responses are counter to the district’s denial. However, the response from the district states that it can only share specifics of those incidents with DPI because they involve confidential student records.

Spitzer-Resnick says the district’s insistence it consistently applied its protocols makes the discrimination case stronger. Instead of saying that running a school during a pandemic is difficult and sometimes close calls were decided differently, the district is saying it never made a wrong call.

“First of all, if you look at the school district’s response, they don’t try to claim that,” he says. “They claim they followed their policy consistently. If they’re going to stand by their claim they can’t cower behind ‘we’re just inconsistent.’

“That excuse is usually the excuse that was given, ‘oh well, we kind of blew it,’” he continues. “If you blow it — this is one of the reasons the family wanted to put a pattern and practice case together — this isn’t just about COVID discrimination, it’s about a long history the family wants to turn around.”

The Maday complaint includes several other examples of discrimination against Native students. The complaint, citing district disciplinary data, states that Native students are more likely to be suspended or expelled than white students.

The complaint also alleges that the district decision not to provide Native language instruction is an example of discrimination and states that Native students often have lower graduation rates, test scores and attendance than non-Native students.

Ultimately, the Madays want DPI to institute a corrective action plan for the Ashland School District that lays out how it plans to better educate the Native children in its schools. This year, DPI has already instituted corrective action plans for two districts — Burlington and Cedarburg — because of incidents involving students’ racial identities.

“In the face of such widespread, well documented individual and statistical discrimination, DPI must order an outside monitor to oversee the implementation of a corrective action plan that ensures that not only will the Maday children not suffer from anti-Native American discrimination again at the hands of the Ashland School District, but that no Native American child should ever receive less of an education or be removed from the Ashland School District because they are Native American,” Spitzer-Resnick said in a reply brief to DPI.