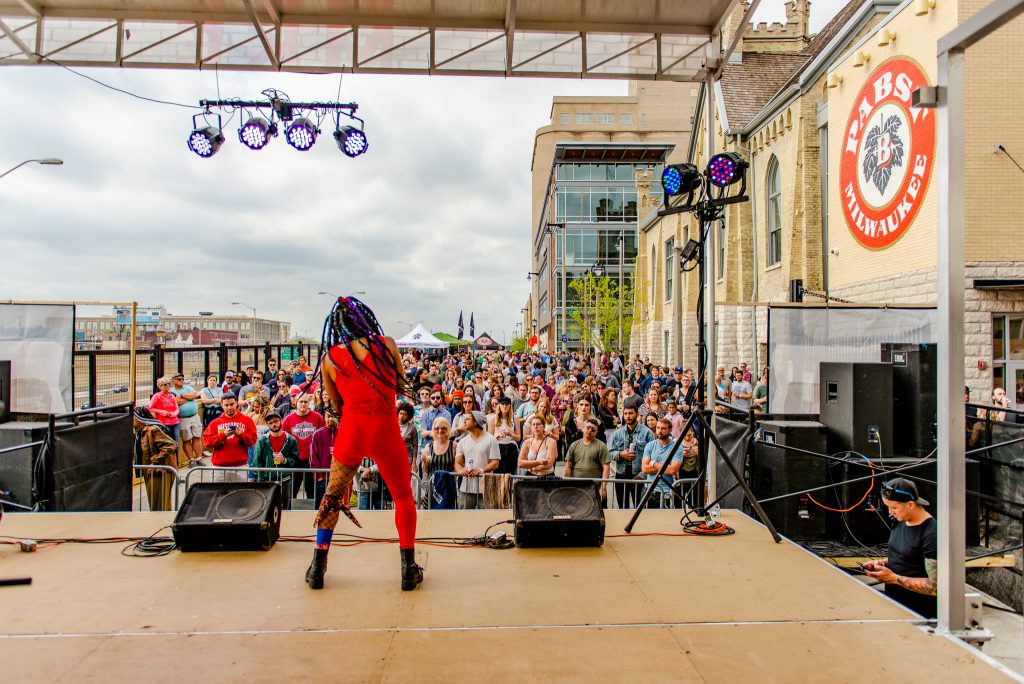 Concert outside the former Captain Pabst Pilot House in 2018. Photo courtesy of The Brewery District.

The former Pabst Brewing Complex will play host to a new music festival this fall.

Equinox, as the festival is titled, will take place in three separate venues in The Brewery District on Saturday, September 25. It’s a follow-up event to the neighborhood’s VinterSkol Musik Fest, which took place in February 2020 just before the pandemic took hold.

The mostly outdoor September festival will feature performances at Best Place at the Historic Pabst Brewery, Bottle House 42 and No Studios.

But it won’t be like most Milwaukee neighborhood festivals. A $25 admission ticket is required. Proof of COVID-19 vaccination or a less than 72-hours old negative test will be required for entry.

A VIP ticket package is available for $125 that includes drink tickets at each venue, light food to snack on, festival swag and access to the private rooftop deck at No Studios.

Face masks and physical distancing will be encouraged at indoor events.

Since VinterSkol took place, the neighborhood has seen substantial change. The Captain Pabst Pilot House closed, to be replaced in the coming months by Central Waters Brewing Co. Jackson’s Blue Ribbon Pub closed and, as first reported earlier this week, will be replaced by On Tap, a new bar and restaurant. Glass + Griddle restaurant was also relaunched as Bottle House 42.

The former Pabst complex was redeveloped starting in 2006 under the leadership of Zilber Ltd.

Additional information on Equinox is available on The Brewery District website.