Police Were Defunded Before George Floyd 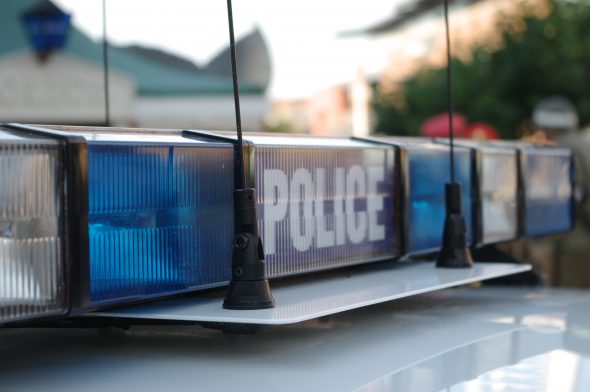 The call for police defunding, which arose in the wake of George Floyd‘s killing in May 2020 by a police office in Minneapolis, has created controversy across the nation. In Wisconsin, Republicans passed legislation, which was vetoed by Democratic Gov. Tony Evers, which would have reduced state shared revenue payments to municipalities that decreased their spending on police and fire departments.

But in fact, hundreds of local governments across the state had already reduced funding for police departments in 2019, as a new report by the Wisconsin Policy Forum reveals. “The data show 253 municipalities decreased the dollar amount spent on all law enforcement activities,” the  report noted. “This includes large cities (Milwaukee, Green Bay), suburbs (Bayside, Grafton, Stoughton, Verona), and a number of very small communities, including 144 municipalities with fewer than 2,000 residents. In fact, all but 10 of Wisconsin’s 72 counties had at least one municipality that decreased its police budget in 2019. ”

Total spending on law enforcement for all municipalities actually increased by 1.3%, from $1.21 billion in 2018 to $1.23 billion in 2019, with 461 municipalities increasing their spending on police, the report found. But the 253 local governments that did cut funding in 2019 shows that this is commonly done by communities, not to reform police departments, but to balance their budgets.

“Wisconsin municipalities have been operating under strict property tax limits for more than a decade,” the report notes. Meanwhile, state-shared revenue has been declining for about 20 years. This has squeezed local budgets across the state and “likely [has] contributed to the difficulties faced by municipalities in maintaining police and fire department budgets and staffing,” the report finds.

That, in turn, impacted police staffing. “From 2018 to 2019, 79 Wisconsin police departments reported increasing their sworn officers, while 59 decreased them,” the report found.

Act 10, the controversial law decimating public employee unions championed by Republican Gov. Scott Walker, did provide some financial relief to local governments by reducing the cost of employee benefits. But the workers with the most generous benefits, police and fire fighters, were exempt from the law. This put the most strain on big cities with more poverty and higher crime, which have bigger police departments, “In 2019, police, fire, and emergency medical services together made up 39.3% of all municipal operating spending in Wisconsin,” the report found, but it was a far higher percentage for cities like Milwaukee (52.1%), Madison (44.2%), and Kenosha (56.7%)

That has left Milwaukee cutting its police force, by far the city’s biggest expense, in order to balance an ever more squeezed budget. In its 2021 budget brief for Milwaukee, the Wisconsin Policy Forum noted that “even though the city planned to cut 120 sworn officers (6.7%), the department budget would decline by just $434,000, as pension costs and salary increases for the remaining officers would offset almost all the savings from reducing the workforce.”

The situation is about to get much worse, as Jeramey Jannene recently reported for Urban Milwaukee: “The city must increase its annual pension contribution in 2023 to offset declining pension fund returns and increasing costs. The size of the increase, estimated at $76.6 million annually, is expected to affect every city department, potentially causing a cascading series of layoffs and service reductions or eliminations.”

The city could have more easily handled that cost if not for the decline in state shared revenue, which has cost it $100 million per year, as Urban Milwaukee has reported.

As a recent Op Ed for Urban Milwaukee by Jordan Morales charged, it is Republican legislators who have effectively defunded Milwaukee’s police, with successive budgets that have cut Milwaukee’s shared revenue in real dollars.

The Wisconsin Public Forum offers a more judicious, green eye-shaded conclusion, noting that municipal spending on police and other services will continue to be a challenge so long as as key structural items, “namely, levy limits and flat state aid – remain in place.”

7 thoughts on “Murphy’s Law: Police Were Defunded Before George Floyd”