Election was a tie, with seven ballots contested, which will be counted on August 23. 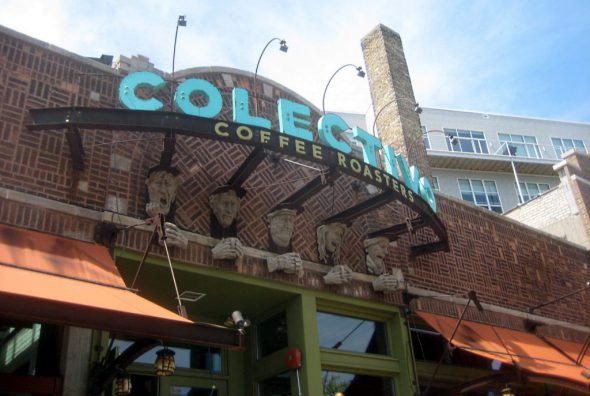 The campaign for a union at  Colectivo Coffee isn’t over yet.

Beginning in 2020, workers at the Milwaukee-based coffee chain attempted to organize a company-wide union that would include all workers at cafes in Milwaukee, Madison and Chicago, as well as the roastery in Riverwest.

In March 2021, eight months after going public with their union campaign, a union election was held and overseen by the National Labor relations Board (NLRB). A month later, the workers heard the outcome: a tie.

The company challenged a number of ballots during the official count, Urban Milwaukee reported at the time, and the official tally, not counting the challenged ballots, was 99 to 99.

Recently, the union, calling itself Colectivo Collective, announced that the NLRB had finally ruled that seven ballots challenged by Colectivo could be opened and counted. On Facebook the union announced a virtual ballot count will take place on August 23rd.

The workers at Colectivo are represented by the International Brotherhood of Electrical Workers Local 494 in their campaign. Should they prevail in the counting of these final ballots, Colectivo will have to recognize the union and negotiate a labor agreement with the union’s bargaining unit.

Colectivo is the largest coffee chain in Milwaukee and likely the Midwest. Workers started organizing in Milwaukee cafes during the COVID-19 pandemic in 2020. But Hillary Laskonis, a member of the organizing committee, told Urban Milwaukee shortly after the effort went public that employees had been talking about unionization for nearly a year.

Employees supporting unionization wanted to leverage better working conditions and more input in operations of the company, a desire made poignant when the COVID-19 pandemic hit and employees were attempting to navigate a new work environment, safety measures and layoffs.

The owners of Colectivo did not acquiesce to the nascent union after the organizers went public, and immediately released a letter to employees laying out their firm opposition to unionization. Later they hired expensive labor consultants specializing in “union avoidance” to counter the employees’ attempts to organize their co-workers into a union.

On Monday, just over a year since the organizers went public with their plans to unionize the coffee company, seven ballots will determine if the workers have a union or not.

Colectivo employees are neither the first, nor were they the last, cafe workers that attempted unionization in Milwaukee. In 2019, employees at Stone Creek Coffee tried to unionize, but lost the union election. In 2020, a handful of workers at Wonderstate Coffee in the Historic Third Ward successfully unionized. Both attempts were backed by the Teamsters Local 344.

One thought on “Colectivo Union Bid Depends on Seven Ballots”