By Rich Kremer, Wisconsin Public Radio - Aug 4th, 2021 10:00 am
Get a daily rundown of the top stories on Urban Milwaukee 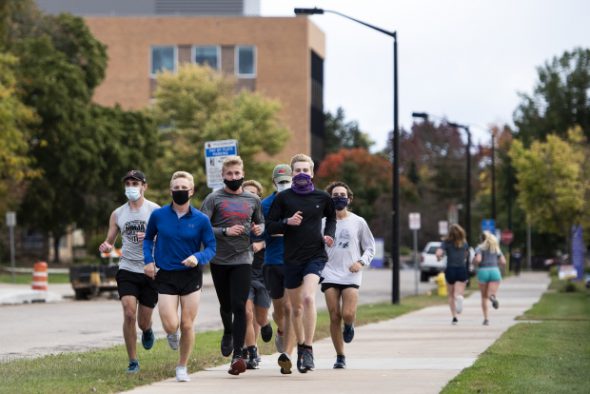 University of Wisconsin System campuses must submit all COVID-19 safety measures to a Republican-controlled legislative committee for approval within a month. That means members could block such mitigation efforts the same day fall classes begin at most system schools.

In a party-line vote of 6-4, Republicans on the Joint Committee for Review of Administrative Rules, or JCRAR, ordered the system to submit COVID-19 protocols as an emergency rule within 30 days.

In an emailed statement, committee co-chair state Sen. Steve Nass, R-Whitewater, said the vote Tuesday is aimed at requiring the state’s system of 26 campuses to “follow the law and issue an emergency rule.”

“The UW System, under the law, now has up to 30 days to issue an emergency rule or cease issuing COVID-19 mandates for students and campus visitors,” Nass wrote.

The move comes the same day UW-Madison instituted new masking requirements because the delta variant is leading to a significant increase in cases in Wisconsin and across the United States. Effective Thursday, all students, employees and visitors to UW-Madison must wear masks when inside campus buildings.

Nass and committee co-chair, Rep. Adam Neylon, R-Pewaukee, sent a letter Tuesday to UW System interim President Tommy Thompson and UW Board of Regents President Edmund Manydeeds. The letter listed examples of COVID-19 safety measures, such as regular testing and mask requirements, that Republicans on the committee say are subject to administration approval.

The UW System has until Sept. 2 to submit its emergency rule, which is the first day of classes at eight of the system’s 13 universities.

Nass announced his plans to hold a vote on requiring the UW System to submit emergency rules Thursday.

In response, Thompson, who formerly served as secretary of the U.S. Department of Health and Human Services, said stripping campuses of the ability to enact COVID-19 safety measures would be “the biggest threat to in-person classes this fall.”

Thompson wasn’t available to comment on the vote, but in an emailed statement, UW System spokesperson Mark Pitsch said the focus should be on safety.

“Today’s action feels like a political statement; our focus is to ensure we are doing what needs to be done now to safely open for in-person teaching this fall,” Pitsch said.

The committee has not taken action on COVID-19 safety measures on campuses perviously. An email to Nass’ office asking why the committee is pursuing the issue now was not returned by deadline.

During a press conference Tuesday, state Rep. Lisa Subeck, D-Madison, said she doesn’t believe the UW System has exceeded its authority to implement COVID-19 safety rules, and she expects the matter will go to court.

Nass’ push to require safety measures be approved came about a week after Thompson announced the system would offer around $500,000 in financial incentives and scholarships aimed at getting at least 70 percent of students at UW System schools vaccinated by this fall.

Earlier this year, Thompson told students they could avoid regular COVID-19 testing if they showed proof of their vaccinations. The announcement was followed by a bill from Republicans lawmakers in western Wisconsin that would ban mandatory testing and vaccinations at system and Wisconsin State Technical College campuses.

“Some states forbid inquiries about an array of vaccinations, including COVID-19; ban vaccination requirements; block required COVID-19 surveillance testing; and restrict the use of evidence-based mitigation strategies, including masking,” said the letter. “Many of these restrictions directly contradict CDC guidance. State actions that prevent the use of established and effective public health tools at the same time as COVID-19 cases increase is a recipe for disaster.”

Terry Hartle is the senior vice president of the American Council on Education, which signed on to the letter.

“Schools don’t just want to reopen for normal operations, they want to stay open,” Hartle said. “And doing this, depending on the course of the pandemic, might require them to use some of the public health tools that have evolved over the last half century.”

Hartle said around a dozen state governments, which tend to be controlled by Republicans, have taken measures to block COVID-19 measures at public universities and colleges.

“But the goal of this (letter) was not to single out any state, not to embarrass anyone or try to point fingers,” said Hartle. “It was simply to say public health tools, when used appropriately, slow or stop the spread of disease.”

According to the Chronicle of Higher Education, 576 colleges and universities across the country have announced plans to require students or employees to be vaccinated against COVID-19.

Editor’s note: Wisconsin Public Radio is a service of the University of Wisconsin-Madison and the Wisconsin Educational Communications Board. WPR is headquartered at Vilas Hall.