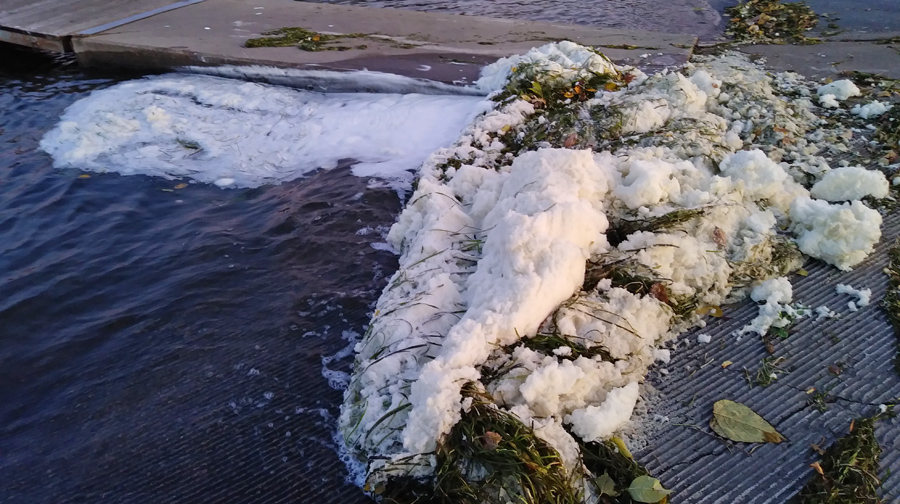 Photo courtesy of the DNR.

Just a month ago Republican state legislators in charge of the state’s budget-writing process eliminated a number of key initiatives aimed at confronting a growing number of PFAS or  “forever chemical” contaminations across the state. Now you can add similar pro-PFAS votes cast against a multi-pronged Federal measure by US GOP Reps. Tom Tiffany, Scott Fitzgerald, Glenn Grothman and Bryan Steil.

I cannot explain why this WisPolitics left out the names of four of five Wisconsin GOP Representatives whose “nay” votes undermine the ‘bipartisan’ thrust of the headline:

— U.S. Rep. Mike Gallagher was the only GOP member of Wisconsin’s delegation to join all Dems in passing a measure to limit the use of PFAS pollutants.

The Allouez Republican joined all 218 House Dems in a 241-183 vote that sent the PFAS Action Act to the Senate for consideration. While only one of Wisconsin’s Republicans supported the measure, 22 Republicans from other states joined him.

The measure would set regulations on the use of PFAS chemicals and direct the EPA to list PFAS chemicals as hazardous substances. The EPA would also have to determine if these forever chemicals qualify as toxic pollutants under the Clean Water Act and set a national standard for the amount of PFAS chemicals allowed in drinking water.

PFAS chemicals are manufactured chemicals found in various everyday items such as food packaging, non-stick cookware, cosmetics and firefighting foams. Gallagher’s northeastern Wisconsin district is one of the state’s hotspots.

Democratic U.S. Representatives from Wisconsin noted how harmful and widespread this pollution is. Mark Pocan noted that “Every single one of our drinking wells in Madison has traces of PFAS ” and Ron Kind said “PFAS contamination is a serious threat to public health, and an issue far too many communities across Wisconsin are currently dealing with.” And Gallagher offered this tweet: “People deserve to know whether or not their water is contaminated by chemicals like PFAS.”

The WisPolitics story included a link to the roll call vote, but why send readers to a link with more than 400 names to scroll through when the names of the ‘nay’ votes in the small Wisconsin delegation could have easily been included in the text.

Not every reader can rattle off the names of the members of Wisconsin’s GOP congressional delegation other than Mike Gallagher. And surely this issue is important enough to spotlight the actions — or non-action — of all Wisconsin representatives.