Plus: The Diplomat on Brady St. reopens. And a new Third Ward wine bar and tasting room. 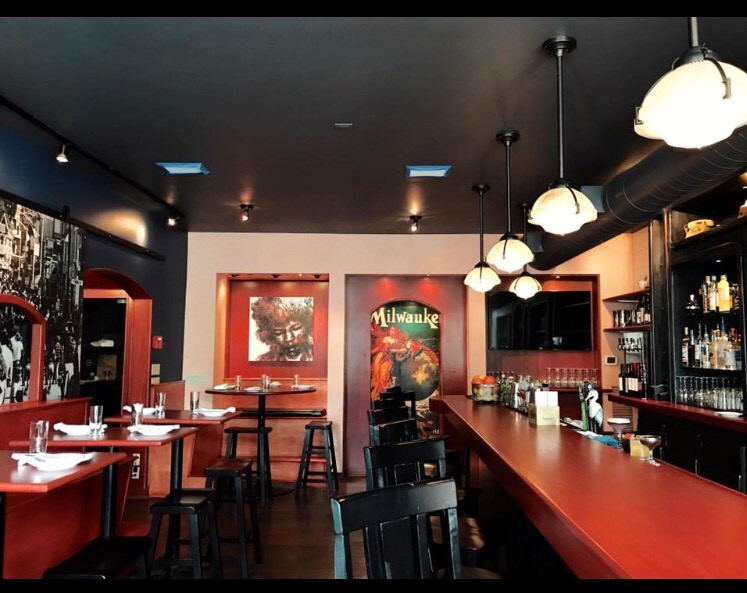 Brady Street’s small plates restaurant The Diplomat has officially set a reopening date. The restaurant will hold its first post-pandemic service on July 28 from 4 p.m. to 9 p.m. The reopening will include some familiar faces from Milwaukee’s dining scene as The Diplomat’s Chef Dane Baldwin will be joined by Chef Joe Schreiter (former executive chef at Mistral), Chef Andrew Fisher (former corporate chef at Alto-Shaam) and General Manager Vince Halpin (former general manager of Mr. B’s — A Bartolotta Steakhouse). The menu will be small and feature seasonal fare, utilizing local produce and offering signature Wisconsin dishes.

Hermanas to Open In Wauwatosa

An upscale Mexican restaurant has finally won the Wauwatosa Common Council’s approval to open after a lengthy debate. Hermanas, which is inspired by the cuisine and tropical feeling of the popular Mexico vacation spot Tulum, is set to open on July 30 at 11320 W. Blue Mound Rd. Evan Casey reports:

Patrons can expect a diverse menu that includes “Hermanas Shrimp,” yuca fries, elote, an assortment of tacos, a variety of guacamoles and salsas, grilled octopus, short ribs and more.

Hermanas will be in the space formerly occupied by Thirsty Duck bar and restaurant, which closed in 2020.

“We’re going to get one month under our belt, and then we’re going to expand our hours, and within a couple of months we’ll do lunch dishes,” owner Dan Zierath said.

The chef will be Dustin Howard, who was worked for Sysco of Eastern Wisconsin for the last 10 years.

East Side Gets Marijuana-Themed Sandwich Shop

Cheba Hut, a marijuana-themed sandwich shop chain based in Denver, Colorado, has opened its first location in Milwaukee on Oak and Loc, at 2907 N. Oakland Ave. The franchise-based restaurant currently has 43 locations nationwide, including one in Madison, and expects to open more locations in Milwaukee. Heather Gawlitta, a former Franklin school district teacher, and RC Huhn, owner and CFO of Viking Masek Packaging Technologies, are opening the place. Urban Milwaukee’s Hope Moses reports:

While there is no presence of marijuana or hemp in the food, the restaurant offers toasted dishes to satisfy “the munchies” and drinks to cure “cottonmouth.” In addition to a wide variety of sandwiches (each of which can be made as a salad) there are nonmeat options such as the “Humboldt,” which comes loaded with provolone, guacamole, veggies, and dressing and the “Sticky Icky,” a peanut butter & jelly sandwich.

In addition to the meals, Cheba Hut will serve cocktails and on-tap local beer from a full bar with staple recipes and some of the restaurant’s own creations. There will also be sides like soups and breaded items, as well as sweet items like brownies and Rice Krispy treats.

… The new restaurant occupies a stall that was filled by Blaze Pizza and Five Guys Burgers and Fries in the past decade.

A new retail wine shop and tasting room has opened its doors in the Third Ward at 577 E. Erie St. 2A Wine Merchants will sell wine by the glass and the bottle, featuring an ever-changing menu of old and new world wines. Lori Fredrich reports:

At the bar, guests are welcome to order any number of the shop’s wines to enjoy by the bottle. But, glass pours will also be available from a list of featured wines posted on the back bar. A rotating menu will feature both old and new world wines with four selections from each area (two reds and two whites). Wines are available as 6-ounce pours as well as flights (four 3-ounce pours), allowing the exploration of styles, varietals or regions.

Meanwhile, the cases adjacent to the bar hold a wide variety of beverages, from chilled wines to sparkling water, plus shelves of select local cheeses, charcuterie, crackers, chocolate and accompaniments…

Handsome solid wood wine bins and metal shelving display varietals by region with selections ranging from Napa Valley Cabernets and Rhone Valley Syrah to equally spectacular selections from Germany, Greece and Austria at price points that range from $10-15 to $60+.