Endorsements by three progressive groups could help him win the party activists. 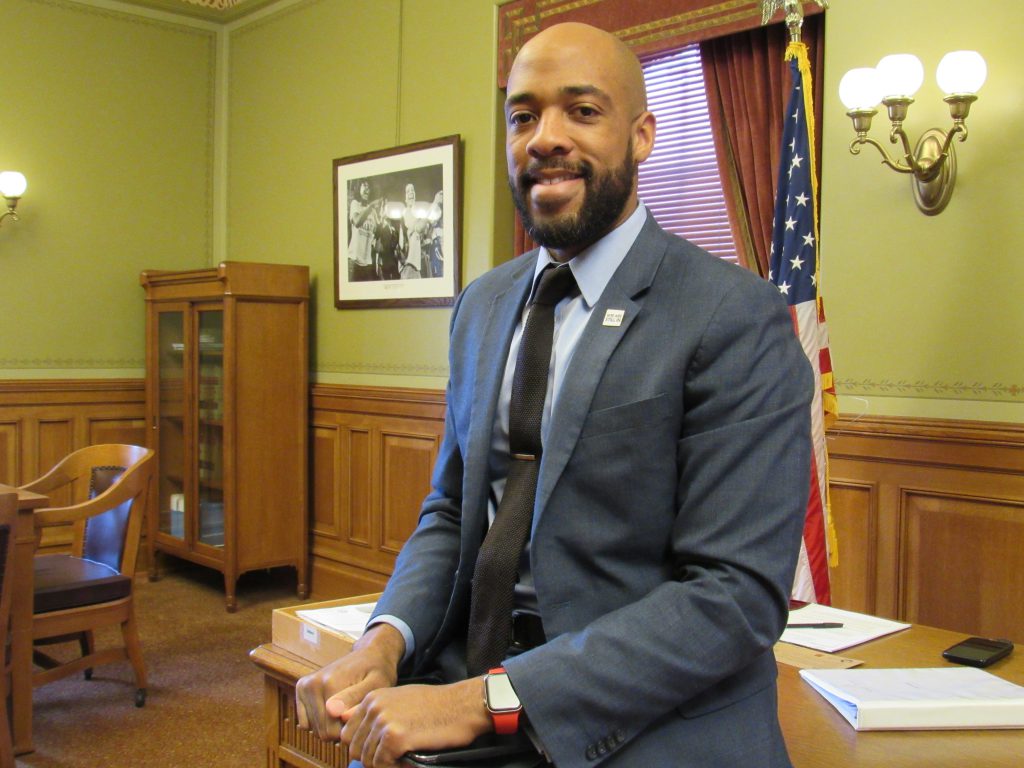 That same day, The Collective PAC, which calls itself the nation’s largest political action committee dedicated to increasing Black political representation and power across all levels of government, endorsed Barnes in the race. “The Collective PAC was proud to support Lt. Governor Barnes during his successful 2018 election… and we’re confident that he can flip Wisconsin’s U.S. Senate seat from red to blue next November,” the Washington D.C.-based group declared. “We look forward to helping Lt. Governor Barnes make history again, this time as the first Black U.S. Senator from Wisconsin.”

Later that day Barnes got a second endorsement from a national group, the Burlington, Vermont-based Democracy for America (DFA). The DFA “has long been a supporter” of  Barnes, the group’s Chief Political Officer, Chris Scott stated, “for the simple reason that he is the candidate that has answered the call, and has put in the work across the state of Wisconsin…. Mandela is ready to go to the mat on issues like criminal justice reform, climate justice, and ending gun violence… it’s a no-brainer that DFA would jump in on day one to back this progressive powerhouse.”

On day two –Wednesday — of Barnes’ campaign, the Wisconsin Working Families Party announced it was backing Barnes. “As Lt. Governor, Mandela Barnes has established himself as a leader on the issues that are driving politics, from COVID relief to racial justice, police accountability, women’s rights to climate change, workers rights to gun safety, voting rights to healthcare to small businesses to the Capitol insurrection,” a statement by the group declared. “Barnes is the model Working Families Democrat,” said Maurice Mitchell, the group’s National Director. “There’s no better candidate to send Ron Johnson packing…”

Barnes will be running against eight other candidates, five of whom are from metro Milwaukee, including Milwaukee state Sen. Chris Larson, Alderwoman Chantia Lewis and Milwaukee Bucks executive Alex Lasry. Which means there will be a scramble to get the backing of local Democratic officials and prominent names, and Barnes is entering the contest after some of this support has already been secured.

How helpful are the endorsements by these liberal groups? The Collective PAC was launched in August 2016 and has since helped 121 candidates win general elections at the local, state and federal level, its website notes. “We have raised and bundled over $10,000,000 from over 57,000 individual contributions. We’ve given and bundled over $1,000,000 directly to endorsed candidates’ campaigns, spent over $3 million on paid advertising and get out the vote efforts to help them win and regranted $3 million to local, grassroots organizations.” In short they are likely to donate to Barnes and help him get out the vote.

Democracy for America claims to have 32,648 members in Wisconsin, and more than a million members nationwide and has worked to help elect over 600 progressives into office, including President Barack Obama. This is just the DFA’s fourth U.S. Senate endorsement for 2022; previous endorsements include Charles Booker (KY), Cheri Beasley (NC), and Malcolm Kenyatta (PA). The group is more about activating its members than donating money. DFA will push Barnes as the best candidate to build progressive power in Congress, which should help him stand out from his Democratic primary opponents.

The Working Families Party (WFP) calls itself “a progressive grassroots political party building a multiracial, multigenerational, and feminist movement of working people to transform America.” Perhaps its most notable work was leading a $2.5 million voter mobilization effort in Georgia to elect Democrats Raphael Warnock and Jon Ossoff to the U.S. Senate. The group’s website suggests it is only active in 11 states and has “helped elect WFP champions Jamaal Bowman and Mondaire Jones in heavily contested Congressional races, drove a wave of victories for progressives in Rhode Island, shook up the New Mexico Democratic establishment with progressive victories under the banner of ‘No Corporate Dems,’ elected a diverse slate of progressives in Delaware, and helped create the most progressive NY state legislature in decades by winning thirty-three state legislative primaries.”

The group is more about organizing for candidates, not funding them. In Wisconsin, the WFP worked to elect Gov. Tony Evers and Barnes in 2018, swept the Milwaukee School Board elections in 2019, helped pass the April 2020 Milwaukee Public Schools referendum increasing funding of the schools and helped win key seats in that Spring Election. The group did a get-out-the-vote effort to elect Joe Biden in the Fall Election, collecting 95,000 commitments to vote from voters across Wisconsin.

All three endorsements will help Barnes make the claim that he is the most progressive candidate in the primary election, which tends to attract more liberal and activist voters. In an election where the vote will be split nine different ways — or ten, if Steven Olikara, head of the Millennial Action Project, enters the primary — Barnes will need every endorsement he can get.

3 thoughts on “Back in News: Barnes Gets National Endorsements for Senate Bid”