Over 60 musicians will perform nearly 100 hours of live music at Buskerfest, August 6-8. 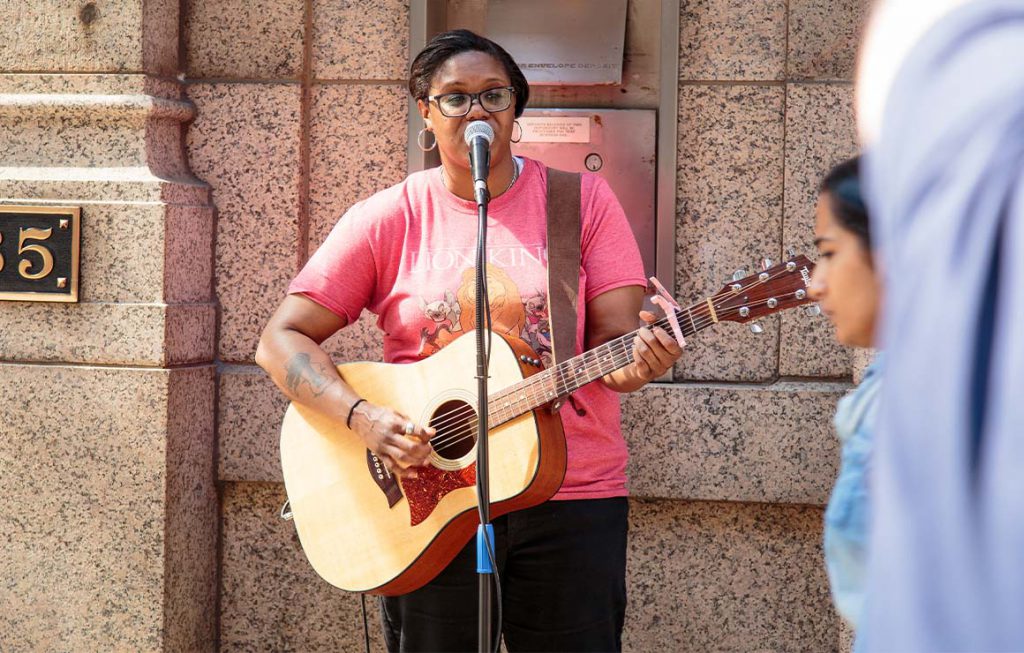 Milwaukee Downtown is combining street music and street art August 6-8 with the first annual Buskerfest, a music festival that will sprawl across several Milwaukee neighborhoods.

The festival will feature over 60 musicians performing — for free — nearly 100 hours of live music. The performances will take place at eight Sculpture Milwaukee sites in East Town, Westown and the Historic Third Ward.

Buskerfest is a part of the Milwaukee Downtown Business Improvement District #21’s Jumpst(ART) Downtown campaign, which aims to use public art to draw crowds back to Downtown as the spread of COVID-19 slows. So far the initiative has included additions like an Instagram-worthy peacock mural from nationally-recognized artist Kelsey Montague and a series of live painting and drawing events in Red Arrow Park.

Musicians performing at Buskerfest include a combination of new and established singer/songwriters, local bands and orchestral groups. Artists were selected from 85 submissions that were reviewed by Imagine MKE, BookLive!, Milwaukee Downtown, Sculpture Milwaukee and the Historic Third Ward Association.

Performances will feature a mix of hip hop, jazz, Americana, acoustic, instrumental and soul music. Early shows start at 12:00 p.m. at most locations during the festival, with later options at 6 or 7 p.m.

The complete line up for Buskerfest is available on the Milwaukee Downtown website.