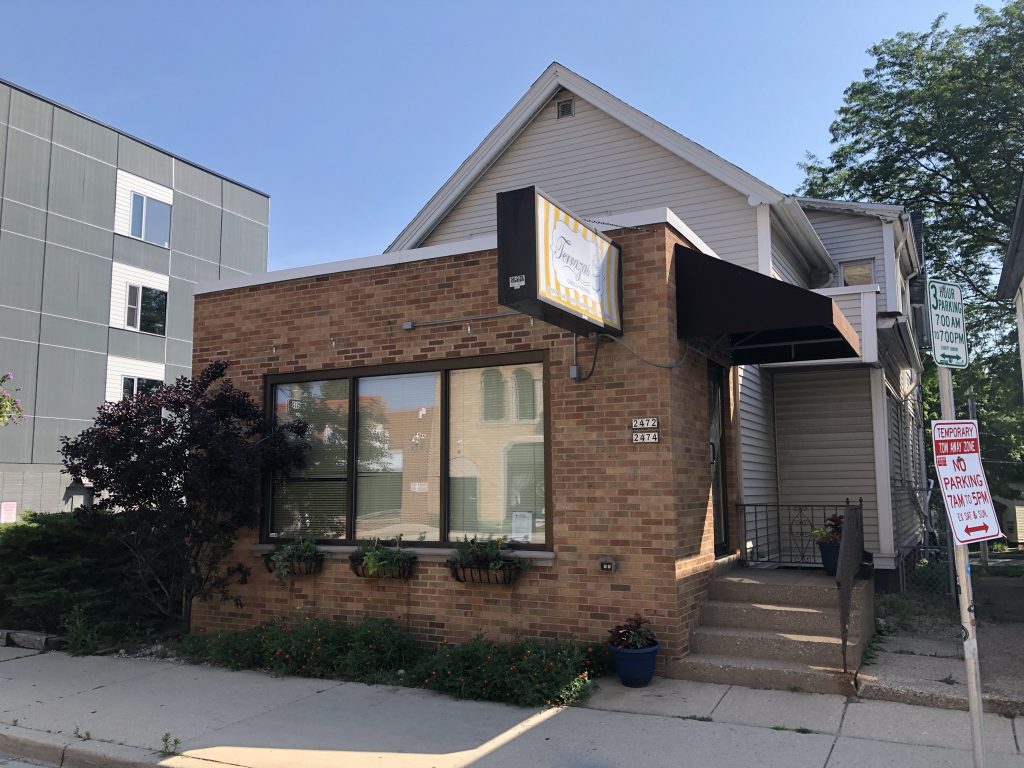 A new business that will specialize in handcrafted pasta and deli items is coming soon to the Bay View retail space located at 2474 S. Kinnickinnic Ave. The shop, named Semolina MKE, does not currently have a concrete opening date, but is aiming for a mid-September debut. Tyler Maas reports:

Semolina MKE is owned and operated by Petra Orlowski, who has amassed a wide range of service industry experience over the last 20 years, including positions at Sanford Restaurant, Blue’s Egg in Shorewood, Puddler’s Hall, Sheridan’s Restaurant, and her current position as manager of both Avalon Theater and the theater’s adjoining Mistral Restaurant.

“Semolina MKE is an idea that was born when the restaurant that I managed closed down in April of 2020,” Orlowski says. “As I sat at home, I began making homemade pastas and bread like I used to with my Sicilian grandmother. I was making so much that I began giving it away to my friends and family. Everyone loved it and soon they were asking to buy some, and if I would be willing to show them how to make it themselves.”

The shop…will specialize in homemade pastas and sauces made with organic wheat and produce. Much of the inventory will be handcrafted, using both family recipes and other recipes she has developed… Semolina MKE will offer pantry items, including olive oil, canned tomatoes, dried beans, and canned fish, along with deli items such as cheeses, olives, and cured meats.

Semolina’s most unique offering will be its on-site pasta making classes. Orlowski says she has designed classes for different levels of difficulty, duration, and price points.

A new restaurant with a location still in the works will be opened by Chef Anthony Gallarday of Tavo’s Signature Cuisine and Michelin-starred chef Graham Campbell, who some might recognize from Netflix’s “The Final Table.” The restaurant could open as soon as September if all goes according to plan. Lori Fredrich reports:

Orilla is the name of the new eatery, which promises a memorable, experiential dining experience showcasing world class fare in a fun, casual environment.

Gallarday, who connected with Campbell on Instagram shortly after “The Final Table” aired in 2018, says the two quickly developed a rapport. It was a social media friendship which led not only to a collaborative dinner at Tavo’s last April, but a desire to work together in a more meaningful way.

Campbell says the Orilla concept is built around the idea of creating an accessible dining experience that folks will remember. There will be great music, he says, a good atmosphere and well-executed food that defies a traditional label.

The vision includes a menu that offers diners a variety of options: two or three courses for casual nights out or a seven to 10 course tasting menu for more special occasions.

“It’s really meant to cater to everyone, whether it’s a first date or a fortieth anniversary,” explains Campbell. “I don’t believe in fine dining. It’s exclusionary and it leaves too many people out. So this is going to be approachable, flexible. Something different.”

A coffee shop that got its start in Door County is closing its doors and migrating to Milwaukee — first in the form of pop-ups, but potentially will move into another brick-and-mortar operation. Discourse: A Liquid Shop is heavy on the artsy side of coffee-making — drinks are more akin to a craft cocktail than your typical cup of joe. Hannah Kirby has the scoop:

(Owner Ryan) Castelaz started selling creations like these in 2017 in Sister Bay, when he opened Discourse: a Liquid Workshop.

Now, he’s bidding Door County adieu and bringing his unique beverages to Milwaukee with the help of his business partner, Olivia Molter, an experienced barista. Discourse will begin putting on recurring pop-ups at Two Trees MKE later this summer.

While Castelaz’s passion is telling stories and creating experiences through coffee, Molter — a graphic designer and University of Wisconsin-Milwaukee student — is focused on making sure the drinks taste good.

Discourse’s menu will be split into two parts: “art” and “craft.”

One drink that will be under this section is the “Channel Orange”: a classic latte with whole or oat milk, oaked and smoked vanilla, orange Oleo-Saccharum, and Bittercube Bolivar bitters. It’s topped with candied orange powder.

The “art” menu will follow a theme, which Castelaz is considering rotating about four to five times a year.

The first theme will pay homage to the history of the Two Trees’ space with drinks representing its lives, including its time as a law office, a boilermakers union, a daycare and its current state.

Discourse will pop up at Two Trees MKE, 5625 West Wells St., every first and third weekend of the month. The liquid workshop is aiming to have its opening there July 23-25.

On the weekends it’s running, it will be open from 8 a.m. to 3 p.m. Friday through Sunday.

Second Makk’n’Cheese Coming to East Side

A second location for Makk’n’Cheese, the Bay View restaurant that specializes in a variety of mac-and-cheese and grilled cheese sandwiches, is coming soon to Milwaukee’s East Side. The first location opened last year at 2242 S. Kinnickinnic Ave. Urban Milwaukee’s Angeline Terry reports:

KRS Hospitality Group is the legal entity behind the restaurant. Its lease for the new 2,956-square-foot space at 2911 N. Oakland Ave. was brokered by Isaac Berg and Josh Minkin of Colliers, the real estate service company.

Makk‘n’Cheese is owned by Marcos Ramos-Garcia, Francisco Sandino-Badillo and Gregory Kieckbusch. None of the partners responded to a request for more information by the time of publication.

Good Land Wing Co closed last year in the location where Makk’n’Cheese is set to open. It was located in the space from 2018 to 2020. Before that, the space was occupied by Cold Stone Creamery…

The new space will be next to another planned restaurant, Cheba Hut, which is set to open July 19.