Taqwa’s Is a Middle Eastern Paradise

South-side restaurant is a wonderful addition to city’s dining scene. 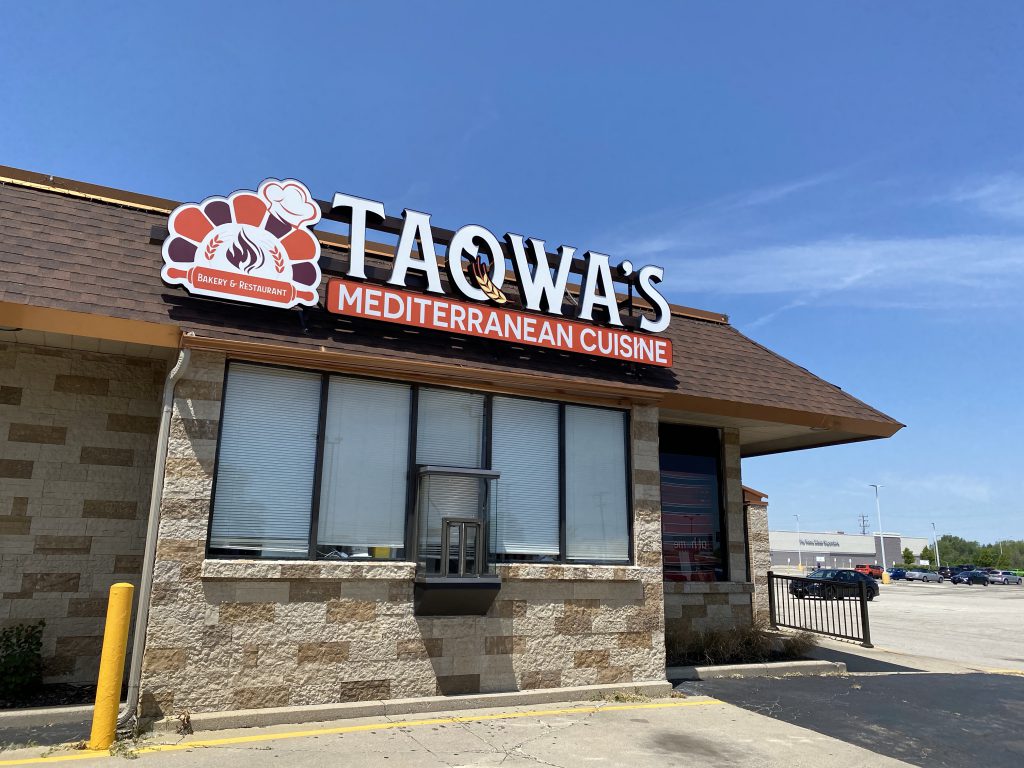 Occasionally a restaurant opens in greater Milwaukee that’s extraordinary, unique, and authentic, and with consistently delicious food. That describes Taqwa’s Bakery and Restaurant, located in a beautiful space filled with art and photographs that reflect the Jordanian heritage of owners Taqwa Obaid and her husband, Abdullah Habahbeh. Despite its former life as a Burger King, the makeover from fast food franchise to Middle Eastern restaurant left no hint of a prior life.

When you enter, look for the entrance to the burning stone oven behind the bar, because the bread that comes out of that oven stars on the menu. It’s called Taboun and it’s baked to order. It’s thin and stretchy, has crisp edges, and it’s about the size of a medium pizza. When our server brought the Taboun to our table, it was cut into pie-shaped pieces and came with a small container of olive oil, and a dish of seasonings, thyme, sesame seeds, and sumac. Don’t waste a minute. Dive in. To get the full flavors of this amazing combo, break off a piece of warm bread, dip it first in the olive oil and then in the spice mix. You will experience a marriage of salty, tart, yeasty, and crunchy. This unexpected piece de resistance was addictive, but we knew there was more to anticipate on the menu.

From the Cold Appetizer Sides, the familiar Baba Ghannouj, tasted of smoke from the oven and had a tart undercurrent, delicious when combined with the warm Taboun. A Hot Appetizer Side, Fried Mediterranean Cheese, could have been a meal. We scooped four squares of melted Akkawi cheese, similar to mozzarella, and spread it on more Taboun, a delectable pairing with a whiff of salt in the cheese that complemented the yeasty bread. Another hot appetizer, Kibbeh, minced beef, onion, and pine nuts, was baked inside a cracked wheat crust. The chef squeezed lemon juice on the beef to add an unexpected tart flair.

On the Salad menu, fresh was the operative word. Fattoush, a basic mix of greens, tomatoes, green onions, and cucumber, had the crunch of a crisp salad with garden mint to liven the flavors and for extra calories, pieces of toasted pita bread. The Tabbouleh, a generous dish of chopped parsley, finely diced tomatoes, and cracked wheat, had the perfect balance of lemon juice and olive oil, tart, but not sour. The Yogurt Cucumber Salad was basically Tzatziki, yogurt, cucumber, garlic, salt, and olive oil, a cool refreshing counterpoint to any of the entrees.

You won’t find Kibdeh on the menu. It’s a special. This one is for people who like liver, especially chicken livers, and in this dish, there were many, topped with sautéed green peppers and onions.

I found two favorite entrees, Kufta Kabob and the Signature Dawalee. The kabob was charbroiled beef served with grilled onions and peppers along with seasoned rice. It was essentially a skinny meatloaf on a skewer. The spices in the meat, cumin, mint, and coriander were a mouthful of umami when paired with the accompanying Tzatziki Salad.

The other Signature Entrée, Mosakhan, caramelized onions seasoned with lemon juice and sprinkled with the piquant sumac, could have been improved with less olive oil. It came with two chicken legs, a dish meant for one but would easily serve two.

It was hard to choose dessert from a list of six that included Wambat, an unfamiliar pastry made with layers of filo dough and custard, but the familiar Baklava called to me. I chose the one with pistachios instead of the traditional walnuts and was I impressed! Layers of filo and nuts were sweetened with a light syrup, a dessert easy to love.

I left with a Fatayer, a spinach pie, stuffed with abundant spinach, seasoned with sumac and lemon juice. They wrapped the spinach in the Fatoun and baked it in the burning stone oven. It had the same tart vitality that defined everything I tasted at Taqwa’s. Other pies included Ground Beef with spices, Mediterranean Cheese, Mashed Potatoes, and for the kids, a pie stuffed with a beef hot dog.

This is a restaurant where they serve up passion with every delicious dish. And that bread! I left with a whole circle ($1.50) still warm from the oven, a reminder that a return visit is mandatory. 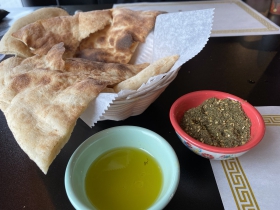 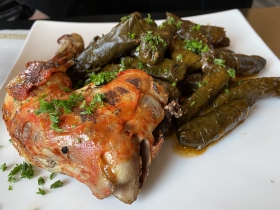 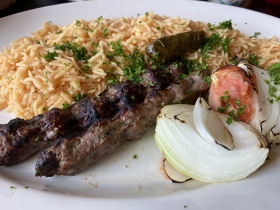 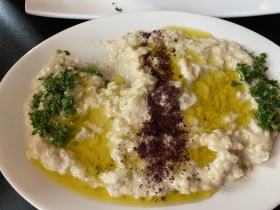 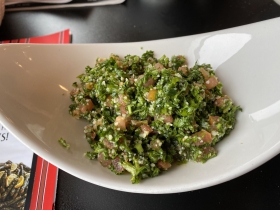 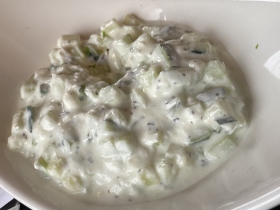 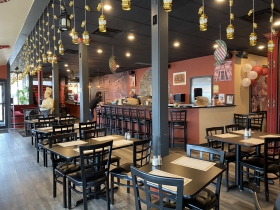 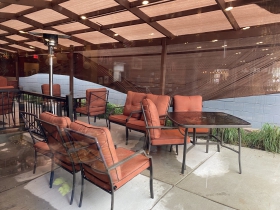 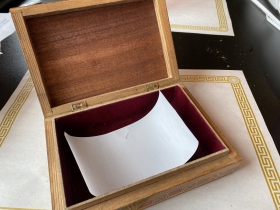 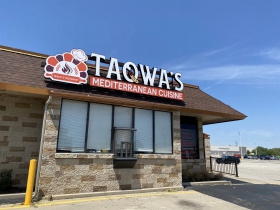 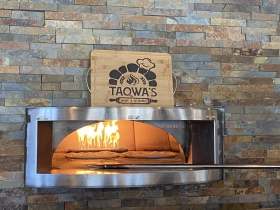