By Melanie Conklin, Wisconsin Examiner - Jun 27th, 2021 01:51 pm
Get a daily rundown of the top stories on Urban Milwaukee 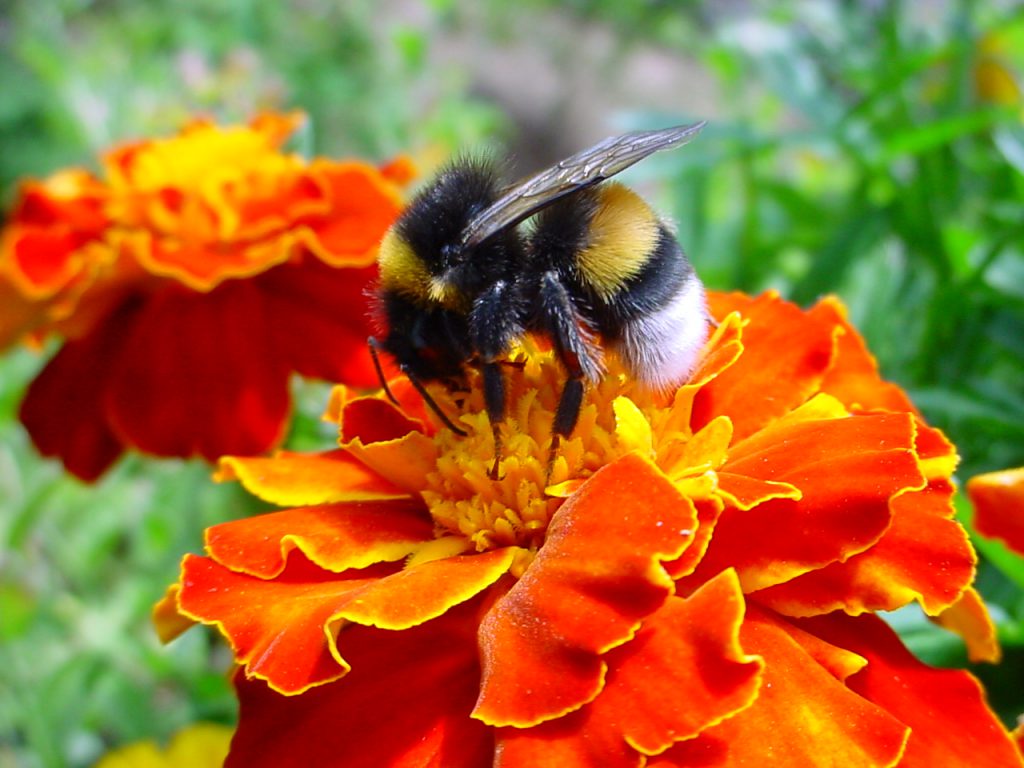 Bee on a flower. Photo by Christian Bauer, (CC BY 2.0), via Wikimedia Commons

The pollinator population of bees has been declining in recent years, a trend the two legislators hope to reverse with a series of four bills. The bills would prohibit the use of certain insecticides by state agencies and allow local governments to do the same. They also want to require plants that were treated with certain insecticides at greenhouses or other places that sell plants to have labeling that discloses the use of the insecticide.

Furthermore, June 2021 would be designated as Pollinator Awareness Month. (Why not Pollinator Proclamation Period?)

“We depend on pollinators both agriculturally and economically, to secure our community’s quality of life and health,” said Agard in a statement announcing the bills on Thursday. “By promoting pollinator health we can help Wisconsin achieve a bright, healthy, and buzzing future. I am proud to champion these important bills.”

Snodgrass said she authored the bills because they not only make sense environmentally but economically as well. Honey and beeswax account for $3.5 million in production in Wisconsin, according to the legislators.

Neonicotinoids or “Neonics” pesticides are absorbed into plant tissue and can be transferred to pollen and nectar, where they can be harmful to pollinators, “causing a high mortality rate in honeybees, compromising their ability to navigate back to the hive and reduces the growth rate and production of queen bees,” the bill’s authors state, noting also that California, Connecticut, Hawaii, Idaho, Indiana, Maryland, Minnesota, Nebraska, Oregon and Vermont have enacted similar legislation shielding pollinators from these harmful pesticides.