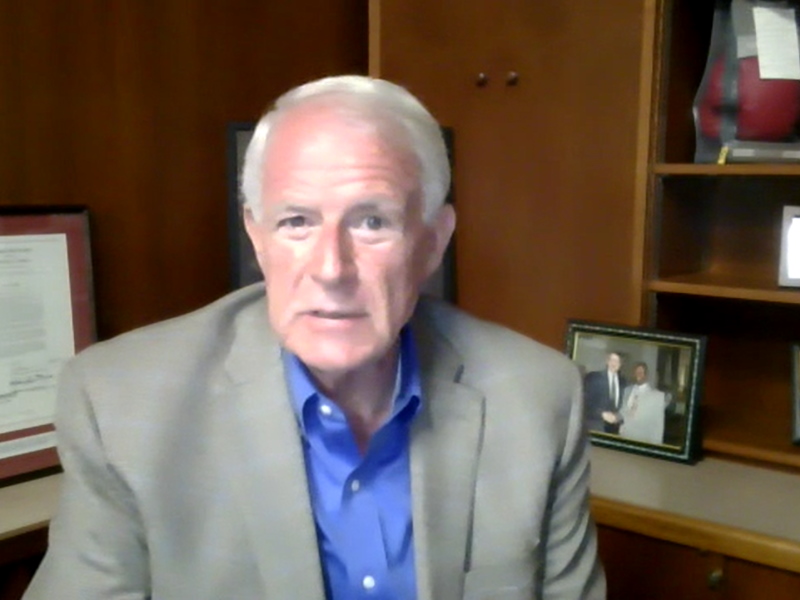 Mayor Tom Barrett addressed the increasingly violent gatherings that have been occurring late into the night in recent weeks.

Recently, on the weekends, large crowds of hundreds or thousands of people have been gathering, primarily in the Water Street entertainment district between E. State St. and E. Knapp St.

There have been fights, multiple shootings and one homicide in the area during the month of June.

“This is very much on our front burner,” said Barrett during a media briefing on Tuesday.

“And now, obviously, there’s a lot of attention being paid correctly, because there is a problem right now along Water Street that goes into other parts of Downtown as well,” the mayor said.

Get a daily rundown of the top stories on Urban Milwaukee
Barrett said that police issued 62 traffic citations and had 42 vehicles towed over the past weekend.

Business owners are saying that massive crowds in Downtown are, to a large extent, not patronizing the bars and restaurants in the entertainment district, according to a report by the Milwaukee Journal Sentinel.

“I understand and agree with the concern that we should have more police officers there, and we’re working to do that,” Barrett said.

The mayor said the city has so far limited the scooter activity in the area and “limited and moved” the food trucks.

[inarticle ad=”UM-In-Article-2″]“We obviously need to get the message out that this is not the place where you congregate, there was too much, I think, open drinking in the streets, there are firearms that are pretty apparently visible.”

Barrett tied the police response to the stagnant revenue, which doesn’t keep pace with inflation, the city receives from the state.