The actions of now-incarcerated Milwaukee Police Department officer Sonthana Rajaphoumi towards a minor will cost the City of Milwaukee at least $250,000.

Rajaphoumi was an MPD officer at the time he was charged for pursuing underage girls for sex. Charges were filed in 2016 and in October 2017, Rajaphoumi, then 46 years old, was sentenced to four years in jail after pleading guilty to two felony charges of causing mental harm to a child. 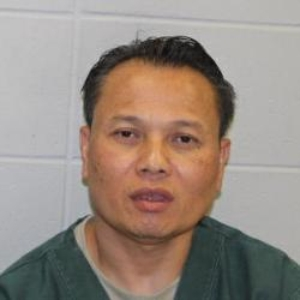 Sonthana Rajaphoumi. Photo courtesy of the Wisconsin Department of Corrections.

One unnamed individual sued Rajaphoumi and the city, alleging that while she was underage he sexually propositioned her and a friend and had physical contact with her on one occasion. Rajaphoumi first met the girls when he was on duty, but contacted them again while both on and off duty.

The Common Council, at the recommendation of the City Attorney’s Office, unanimously voted Tuesday to accept a $250,000 settlement agreement with the plaintiff.

Deputy City Attorney Robin A. Pederson spent 22 seconds on June 7th telling the Judiciary & Legislation Committee that the plaintiff’s attorney presented the offer and City Attorney Tearman Spencer recommended it be accepted due to the risk of having to pay more in damages if it goes to trial.

A hiring committee recommended not advancing Rajaphoumi’s application to join MPD in 2000 because of a background investigation, but the Fire & Police Commission overruled and allowed him to continue the application process.

The plaintiff is represented by Martin Law Office.

Rajaphoumi is in custody at the Dodge Correctional Institution until August. He spent three years at an out-of-state prison before being returned to Dodge Correctional in May. After his release, he will begin a four-year extended supervision program.