Walker’s Point is a Living Museum

So many housing styles and interesting architecture in what was once called ‘Skunk Grove.’ 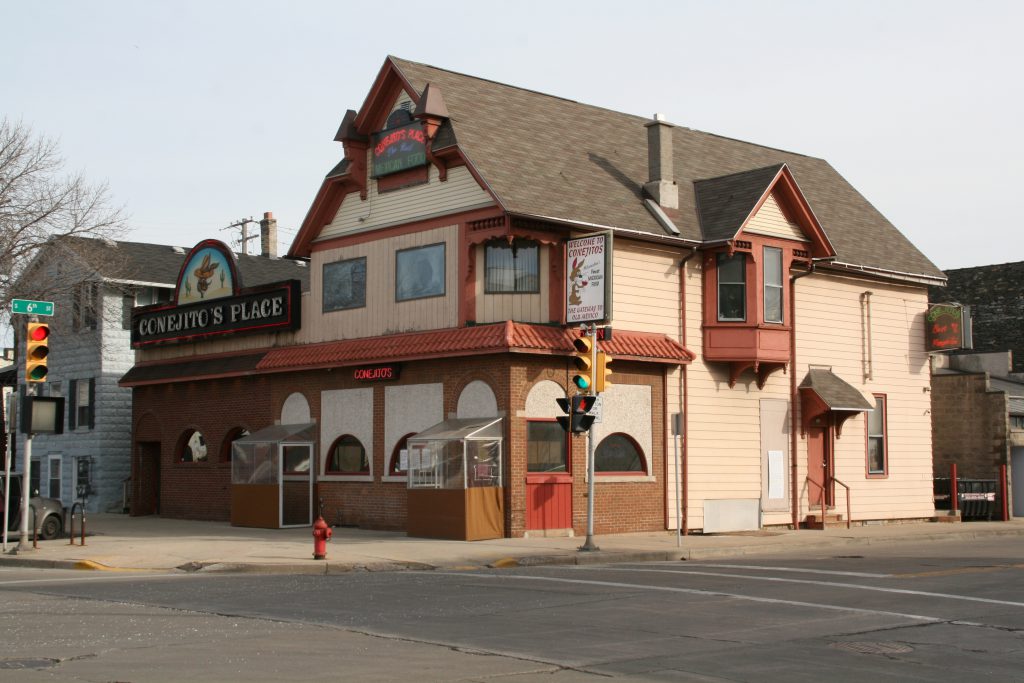 Start: At the corner of 6th Street and Virginia Street

Virginian George H. Walker, a man of considerable girth, was no fool when it came to acquiring land south of the established Kilbourntown and Juneautown. In the 1830s and 1840s, Walker purchased 160 acres of wetland, bounded by the Milwaukee River, 16th Street, Lake Michigan, and Greenfield Avenue. In 1834, he built his cabin and a trading post on a point of land known as “Skunk Grove,” and began selling lots to early settlers.

There was a reason the Point was called “Skunk Grove, as those lots were not ideal building sites for those early settlers. As Robert W. Wells wrote in This Is Milwaukee, “On the eve of its development, Milwaukee had a few drawbacks. Its rivers were still worthless for lake commerce. Much of its future downtown district was a bog, suitable only for ducks and mosquitoes. At a time when the population was hardly sufficient for one village, three settlements had grown up, each hoping the other would disappear. If Kilbourn, Juneau, and Walker had hired an urban planner to advise them, he would certainly have told them that this was no place to found a mighty city.”

Yet Walker’s unpromising swamp soon became a small urban village after industrious early citizens cut down ridges and filled in the marsh. Before long, 3rd St. was lined with elegant homes built by wealthy merchants. Many of those original homes remain intact and exhibit a variety of architectural styles from the 1800s. According to John Gurda in Milwaukee: City of Neighborhoods, “Some residents, in fact, describe their neighborhood as a living museum of housing types and styles dating from the city’s earliest years.” Those vintage homes are the reason for this walk. It traverses a small part of Walker’s Point, but in those few blocks you will see many historically significant homes.

By 1855, the population of Walker’s Point was approximately 3,800, 3,000 of them immigrants, mainly Yankees, Germans, and Irish, who came to work in the factories and later the railroads.

In the early 1900s, Allis-Chalmers. Allen-Bradley, and the Pfister-Vogel tannery brought Mexican workers to the area. This core population remains and today Walker’s Point has the largest Hispanic concentration in the state.

It may have gotten off to a slow start thanks to its location, but Walker wasted no time getting out the vote. Less than 20 years after he built his cabin in Skunk Grove, he was elected mayor of Milwaukee, the first of two terms by a scant majority, 485 votes.

Start the walk at Conejito’s Place, at 6th and Virginia, a beloved unpretentious restaurant, where patrons sit at communal tables to eat on paper plates. The guacamole is fresh, the salsa hot, the mole delish.

Walk east on Virginia, turn left on 3rd and walk north to 408-410 to see the side-by-side homes built by grocer Abel Decker. These home deviate from the popular Italianate style and instead resemble the Federal style often defined by plain surfaces and simple details. Chimneys on side walls that extend above the roofline are typical of the Federal style.

Now turn back and continue south on 3rd to see a parade of vintage homes built in the mid-1800s that display the popular use of Cream City brick. Several textbook examples of Victorian Italianate architecture characterized by more decorative facades and overhanging eves, include homes at 634 and 640 built for lake captain Jasper Humphrey and foundry owner James Sheriffs. Notice the cupolas, perhaps lookouts for the captain. A small, more contemporary home is oddly shoehorned in between the two mansions.

Cream City brick became a local staple after the first brickyard began operating in 1835. The brick was widely praised for its marble-like appearance, rich color, neatness, and cleanliness, according to the Chicago Journal in 1853. By 1855, eight local brickyards employed more workers than the breweries. Use of the brick declined around 1900 when soot from local industry began to soil its delicate color.

Continue down 3rd St. to the 800 block, once the center of south side society, where you will see several architectural styles popular in the mid-1800s. In the next block, at 910, a home built in 1854, illustrates Greek Revival architecture with its plain façade and modest pillars flanking the front door. Next door, at 902, several pillars display a more ornate Greek revival design.

At the corner of 3rd and Walker, a pocket park, Paliafito Eco-Arts Park, occupies a quarter of the block. A sculpture, “The Stone Bracelet,” introduces visitors to the park with its garden, amphitheater, and benches. The sculpture has raised a few comments, possibly due to its scale relative to the size of the park. Some question if it’s art or an odd pile of rocks.

At Washington St., the United Community Center Guadalupe School occupies the building designed for the Wisconsin Telephone Company in the late 1800s.

From this corner look up to see the 280-foot Allen-Bradley Clock tower, completed in 1963, to serve as an official navigation aid. It is the largest four-sided clock in the world with hands that move over a 40-foot face.

Continue on 5th to National Ave. and on the northwest corner is the old Tivoli Palm Garden, once a Schlitz Saloon that also housed a café, a bowling alley, a dance hall, a barbershop, and more recently, it was the former home of the Milwaukee Ballet.

On the northeast corner is Hamburger Mary’s where everything is served “With a hefty side of sass.” Take a minute to admire the mural in the parking lot. Heading south on 5th St. you’ll pass Fuel Café with its large patio and the multi-colored Snifters Tapas and Spirits. Turn right on Virginia and walk three blocks east to Shaker’s Cigar Bar at 422 S. 2nd St., where it’s rumored a bevy of ghosts resides. After owner Bob Weiss discovered human remains under the floorboards on the third floor, he named the room Dead Man’s Penthouse and proceeded to rent it to overnight guests.

After you retrace your steps on Virginia, it’s time to relax with a beer and pizza at MobCraft Beer, or a margarita and a plateful of chicken mole at Conejito’s. 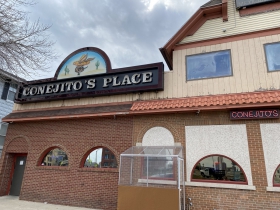 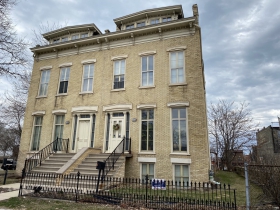 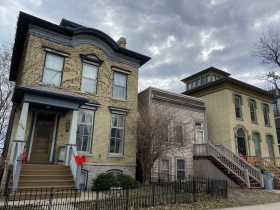 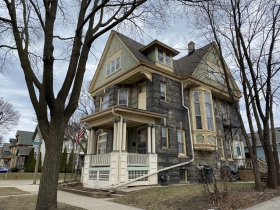 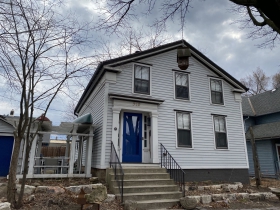 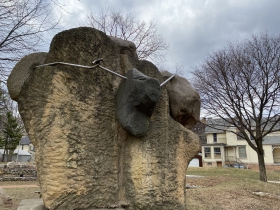