Restaurant closed its Bay View location after struggling through pandemic. 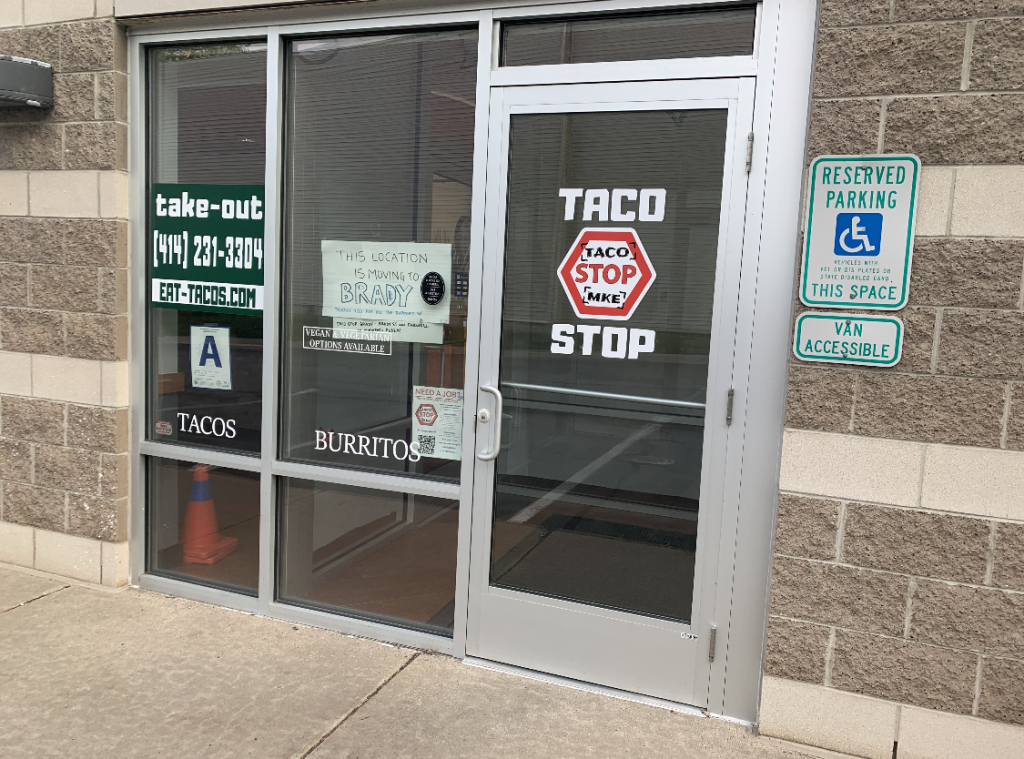 The Taco Stop MKE restaurant in Bay View is closed. A sign in the window says its operation was merged into the restaurant’s new Brady Street location.

The Bay View location, 2121 S. Kinnickinnic Ave., closed almost a year to the day after its 2020 grand opening.

“We tried to open up during a very difficult time and unfortunately the pandemic won this round.. with this location,” the company wrote on its Bay View Facebook page. But the restaurant could come back. “This is probably more of a see you guys later when things get fully back to normal than a formal goodbye.”

According to its Facebook page, the Brady Street location, 1426 E. Brady St., opened in recent weeks. It was previously announced as the fourth Taco Stop location.

The family-owned restaurant has two other locations: 531 N. Chicago Ave. in South Milwaukee and 12862 W. Bluemound Rd. in Elm Grove.

Taco Stop MKE is owned by AJ Agiss, who, according to its website, built the restaurant with the dream of bringing real, authentic Mexican food to the masses. Agiss did not respond to a request for more information by the time of publication.

“Taco stop was formed on the prime principle of being authentic to our culture, people and food,” the company wrote on its website.

Get a daily rundown of the top stories on Urban Milwaukee
The fast casual Mexican restaurant is currently understaffed and looking to hire, according to its website.

The Lower East Side restaurant is located in a strip mall on the corner of N. Cambridge Ave. and E. Brady St. that also includes Supercuts, T-Mobile and Wings Over Milwaukee as other tenants.

Taco Stop MKE is open Monday through Saturday from 10 a.m.- 9 p.m. at all of its current locations.