County On Track for Emissions Goals

Surprising progress in goal of achieving carbon neutrality by 2050. 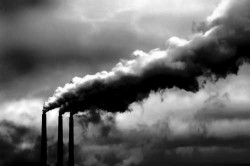 In April, the Milwaukee County Board passed legislation that committed the county to becoming carbon neutral, with some added benchmarks to hit along the way.

Early work investigating the county’s greenhouse gas emissions shows it may already be ahead of schedule.

The legislation, sponsored by Board Chairwoman Marcelia Nicholson, calls for the county to develop a strategic plan to achieve carbon-neutrality by 2050, and guidelines for implementing the plan.

On Tuesday, the Sustainability Task Force Technical Group met for the first time to discuss how the county will meet these goals and review current data on the county’s emissions.

Before the new policy was adopted this past spring, the county had already committed to following the goals laid out in the Paris Climate Agreement. That international agreement included the goal of carbon neutrality by 2050, as well as a 50% reduction in carbon emissions by 2050.

When President Joe Biden announced the country’s commitment to the goals of the Paris agreement he also announced an emissions reduction target of 50% by 2030 from 2005 level emissions. Early data suggests the county is already halfway to meeting that goal.

A preliminary inventory produced by the Office of Sustainability shows that between 2005 and 2018 the county already reduced its emissions by 31%. So the county only has to reduce emissions by another 19% by 2030 to keep up with the pace set by the Paris agreement and the county’s own emissions policy.

“That’s wonderful in terms of our task,” said Gordie Bennett, director of the office of sustainability.

A significant portion of this reduction did come from the county getting rid of buildings and facilities for budgetary reasons. Facilities account for the majority — about 69% — of the county’s emissions, based upon this initial inventory.

But moving out of buildings doesn’t account for all the reduction. In fact, the biggest reduction comes in making buildings more efficient. Carbon emissions from the electricity the county purchases from We Energies have gone down by 47%.

Bennett said it’s possible the county has reduced its carbon emissions by even more than 31% since 2005, because he thinks the estimate of emissions his office developed for that year is a conservative estimate.

Other major reductions have come from eliminating vehicles running on gasoline, in favor of diesel, at the airport and within the transit system.

It also doesn’t include the emissions from tenants of county-owned buildings or properties, or from airlines operating at Milwaukee Mitchell International Airport.

As discussed by the task force Tuesday, a major piece of getting to carbon neutrality is developing a framework laying out where to reduce emissions in ways the county can realistically afford.

Like everything else the county does, efforts to reduce carbon emissions will be affected by the county’s strained financial resources.

The most cost effective strategy will be avoiding emissions altogether through energy conservation and potentially reducing the county’s building footprint. Then comes reduction in energy usage through efficiency, like more fuel-efficient transportation and infrastructure. Next the county can try to replace energy sources with low-carbon or green energy sources. And finally, the last tool available to the county, and one it will want to use the least, is offsetting.

“Offsetting is kind of a last resort,” Bennett said.

Get a daily rundown of the top stories on Urban Milwaukee
This is when the county funds an environmental or green energy project somewhere else to offset its own greenhouse gas production. Carbon neutrality can’t be achieved without it, he said, because the county won’t be able to ever operate at zero greenhouse gas emissions. In a best case scenario it will have to offset what little emissions it has left with a project somewhere else.