By Rob Mentzer, Wisconsin Public Radio - Jun 8th, 2021 11:01 am
Get a daily rundown of the top stories on Urban Milwaukee 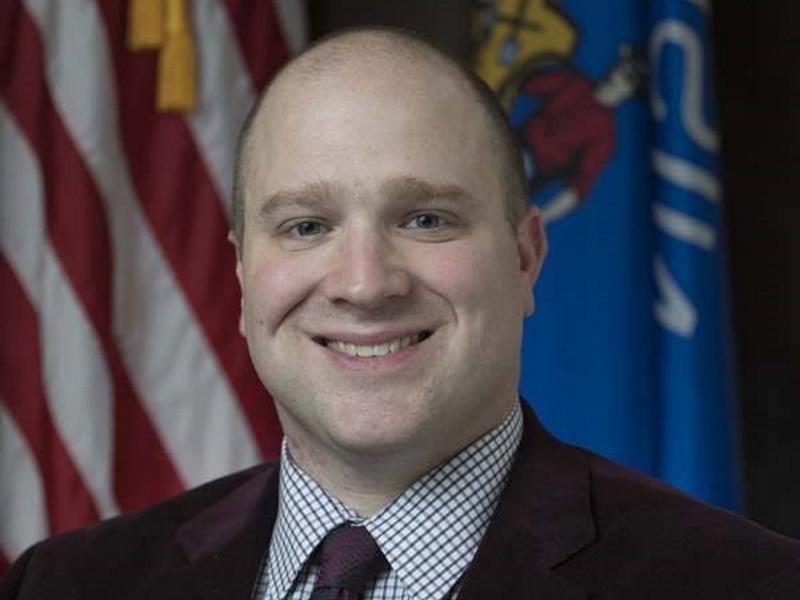 An attack by a Republican Assembly representative that compared a nonprofit children’s museum to the Nazi Party has members of the community rallying to the museum’s defense.

On Friday, Rep. Shae Sortwell, of Two Rivers, shared a Facebook post by Stevens Point’s Central Wisconsin Children’s Museum about the museum’s mask policy. Like many national retail chains, the museum is asking people older than age 5 who are not vaccinated against COVID-19 to continue to wear masks during their visits to the indoor space. The museum said masks would be optional for those with vaccination cards.

Museum director Cory Rusch said the policy was an attempt to protect the health and safety of the many vulnerable grandparents who visit the museum with their grandkids, and he stressed no one will be turned away from the museum based on their vaccination status. But Sortwell’s Facebook post, made Friday morning on his verified Assembly social media account, shared the museum’s post with his own words added: “The Gestapo wants to see your papers, please.”

The Gestapo were a Nazi police force, directly responsible for torturing and killing political opponents of the regime and coordinating the deportation of Jews to death camps.

Sortwell did not respond to a request for comment from WPR on whether his use of the analogy trivializes the systematic murder of 6 million Jews and millions of others in the Holocaust.

Sortwell’s post was shared hundreds of times on Facebook, and as of Monday afternoon, the original post had more than 500 comments, many of which include misinformation about the COVID-19 vaccine or the false claim that a business requesting to see proof of vaccination is violating a health information privacy law. 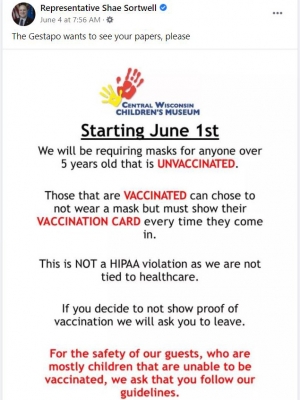 It also led directly to a torrent of negative comments on the Children’s Museum’s social media sites. Rusch said he spent all of Friday, Saturday and Sunday responding to angry online comments, phone calls and other harassment by people from all over the country who were joining the online pile-on in response to Sortwell’s post.

Rusch said he and the museum’s two other staff members were shaken by the experience. He said he hadn’t heard from Sortwell, though he acknowledged he hadn’t checked messages Monday.

“I’m not afraid to say that that was really hard, and I need to catch my breath before I go back to it,” Rusch said.

In the meantime, though, members of the Stevens Point community have begun to rally support for the museum, which they say was unfairly attacked by someone with no real connection to their community.

Wiza said he had written to Sortwell on Monday and had not received a response.

“First of all, I said I think a public apology is in order,” Wiza said. “And secondly, I’d be curious as to what your thought process was on posting something like this.”

“Our children’s museum in this town is an important part of community life here,” Nelson said. “And for a state representative to say something like that … is a horrible thing to do. He needs to rectify that, with a public apology.”

Rusch said the experience of being at the target of so much anger has been exhausting and dispiriting. But he said the museum has also gotten some donations and new memberships from community members who were witnessing the online attacks.

“People have shown us support in many ways: private messages, donations, memberships, virtual hugs,” he said. “It’s really amazing. And all those people, every one of those messages counts for so much.”