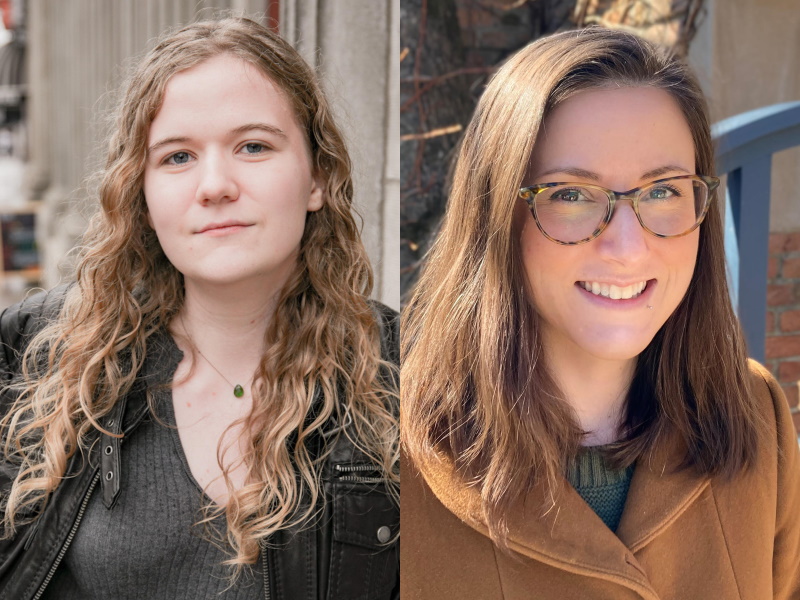 In its desire to encourage female playwrights, Renaissance Theaterworks regularly conducts readings it has titled as the BR!NK festival. It has moved to a new home for its productions (Next Act Theater, 255 S. Water St. which is where the street takes an extreme dog leg east and then south). And it wants to end its season by providing live theater through June 20 (with an alternative digital-only way of viewing June 11-30), by combining five short plays into a 75 minute show complete with set changes called “The Best of Br!nK Briefs.”

The result says more about youthful imagination than about playwriting talent. The whimsy involved provides light entertainment, but no one can judge any of the five authors on dramatic construction or future results.

The opening short, “Smart Girls” by Amanda Schumacher, imagines an office where Alexa, Siri and Cortana (the last only known to Microsoft Android users and recently killed by the manufacturer if my news reading is right) actually live and breathe — as if they were humans and provided their voices according to stupid human commands, much like millions of users of artificial intelligence have become accustomed to. The interaction is lightly amusing particularly if you know how juveniles behave around artificial intelligence.

Most admirable is “Bodies” by Rachel Bykowski – an inventive conversation between a semi-automatic rifle and the female Marine who once used the weapon in battle and is contemplating using it again (suggesting domestic abuse). What makes it watchable is the dancelike martial arts movement between Libby Amato (as the rifle) and Cereyna Bougouneau.

They are two of the four performers used in all the pieces. In other pieces they play dogs and pigs or truth and dare roommates, to give you a sense of the fey moods at play here – and the actors have physical skills, but not the rounded talent to bring it all off. They do have Renaissance’s expert technical help to blend the event with meaningful musical choices.

Ideas are always the most important ingredient in theater – but not the only one. And even some of the ideas don’t hold up at 10 minutes each without the special skills a theater work needs.