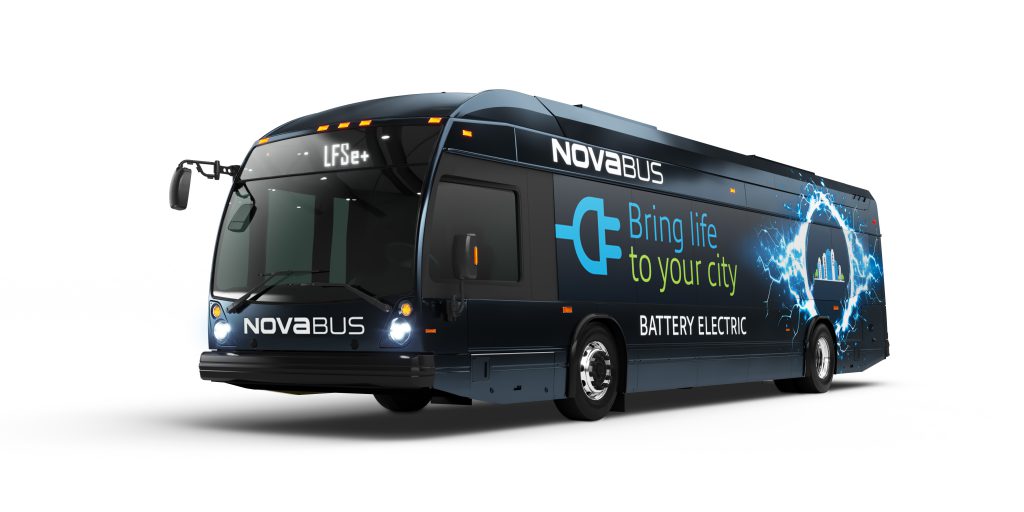 The Milwaukee County Department of Transportation (MCDOT) is interested in revising the county’s bus replacement policy, which was previously changed less than six months ago.

MCDOT and the Milwaukee County Transportation System (MCTS) were tasked three years ago with figuring out how to transition the county’s fleet of fossil-fuel burning buses to clean-energy buses in response to the threat of climate change.

There have been several iterations of the policy in recent years, with various directives related to battery-electric buses, hybrid buses and clean diesel buses.

Donna Brown-Martin, director of MCDOT, has proffered a resolution to the Milwaukee County Board that would change the county’s policy so that the system will transition directly from clean-diesel buses to Battery Electric Buses (BEBs), instead of using diesel-hybrid buses as a bridge technology.

The county’s policy calling for the eventual transition to a clean-energy fleet began with the long planned East-West Bus Rapid Transit (BRT) project. Part of the project includes 11 BEBs that would operate along the nine-mile route, which is expected to be operational by late 2022.

Then a series of budget amendments to the 2019 and 2020 budgets increased the size of the county’s initial order of BEBs from 11 to 15, then made it official policy to eventually replace the entire fleet with BEBs, allowing for the use of diesel hybrid-electric buses as a transitional technology.

In December 2020, the board passed a resolution walking back the bus replacement policy to where the county would “pause” further purchases of BEBs beyond the initial 15, and instead would purchase diesel hybrid-electric buses for future bus replacements.

Get a daily rundown of the top stories on Urban Milwaukee
The decision followed concern from transit officials that BEBs are more expensive to procure and difficult to maintain. Attempts to implement BEBs by other transit agencies around the country have struggled as bus performance can be greatly affected by extreme hot and cold, both of which Wisconsin experiences throughout the year.

In Indianapolis, BEBs being operated by IndyGo often failed to hold a charge when temperatures dropped below 50 degrees, reported local news station WRTV

A report from MCDOT, headed to the county board, outlines concerns about integrating hybrid buses into the fleet.

MJ Bradley and Associates, an energy and environmental consultancy for governments, energy utilities, clean technology companies and transportation operators, has been working with MCDOT to “analyze infrastructural and operational requirements for the acquisition and implementation” of BEBs and hybrid buses.

MJ Bradley and Associates also consults for BAE Systems, an arms and aerospace company based in the United Kingdom, which makes the traction motor and powertrain for Nova Bus, which the county selected as the manufacturer for its initial procurement of BEBs. The company is also one of only two producers of hybrid-electric drive systems in the U.S. market, according to a report by MCDOT from June 2020.

The resolution that called for a “pause” in BEB procurement also called for development of a request for proposals for hybrid buses “as soon as practicable.”

While developing a request for proposals for hybrid buses, research began to indicate “that acquisition and implementation of Hybrids into the MCTS fleet and route system presents more challenges than originally identified,” according to the report.

MCDOT says in its report that diesel hybrid electric maintenance will be more complex, and that fuel efficiency and emission reductions won’t be improved as much as previously thought by transitioning from diesel to hybrid.

“For many of these reasons, the transit industry is slowly transitioning toward BEBs and away from Hybrids as an alternative to clean diesel buses,” the report says.

Hybrid buses are also $300,000 more per bus than diesel, according to the report.

MCDOT is asking the county board to pass the new policy so that it can use the 11 electric buses planned for the BRT as a pilot-program to study their implementation, continue to purchase diesel buses after the study of electric BRT service is complete and forgo the purchase and integration of hybrid-electric buses altogether.