A Flatiron House for the Lower East Side 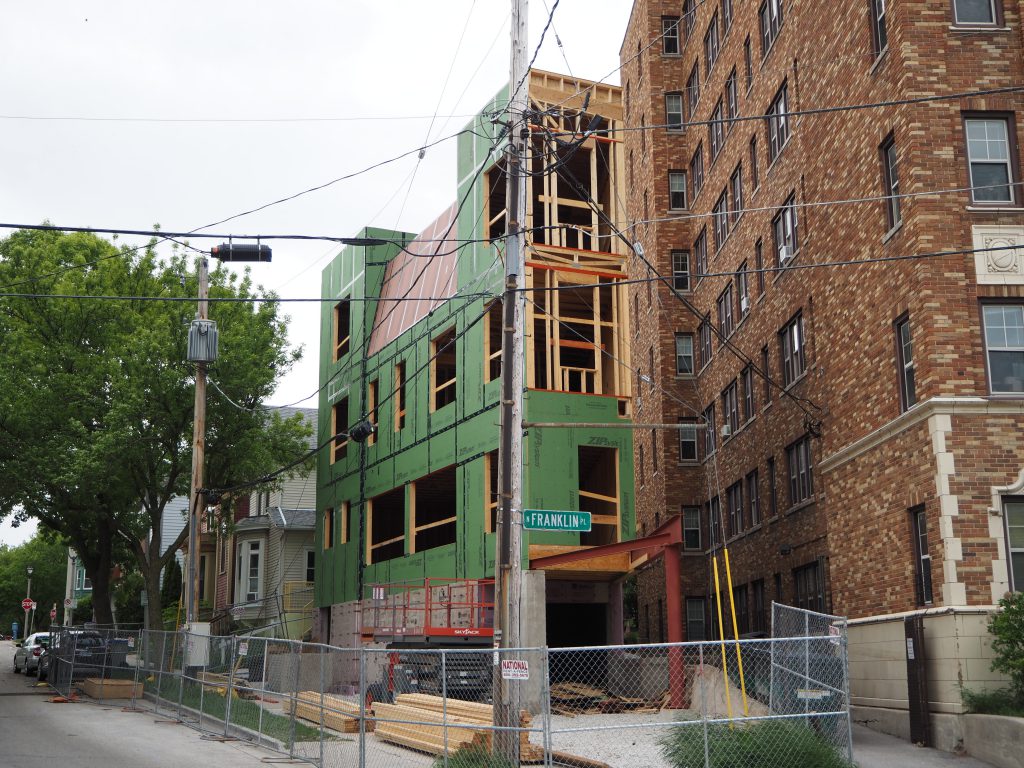 Residential lots in Milwaukee are a pretty standard affair. Rectangles lined up one after another, each about 40 feet wide.

But Maksim Tuzhilkov‘s new house is being built on a parcel that is anything but. For one, it’s a triangle created by the angled E. Lyon Street’s intersection with N. Warren Ave. and N. Franklin Pl. Two, it’s sloped. And three, most unusual of all given its location, it’s never had a structure built atop it.

Tuzhilkov has lived in the adjacent duplex, 1124 E. Lyon St., since 1999. The vacant lot, effectively a grassy knoll with a concrete parking pad, has always been part of his Lower East Side property.

In March 2020 he filed to build a three-story house on the property.

Given the slope of the site, what emerged more closely resembles a four-story house because of a concrete garage at its base.

The height of the property is unlikely to bother any neighbors, even if it were to be twice as tall. It’s immediately south of the nine-story Buckingham Apartments building.

Dan Glazewski of The Custom House is serving as the architect. He’s had his work cut out for him. The final product, for which contractors appear to have months of work ahead of them, will take a flatiron-type shape coming to a narrow point to the east. Steel beams emerged from the blunt eastern edge of the structure and meet at the narrowest point. A door-sized opening on the second floor indicates the beams will likely be covered by a deck.

Get a daily rundown of the top stories on Urban Milwaukee
The house gets wider to the west as it approaches the duplex.

According to the building permit, each floor is about 940 square feet.

Michael Horne first wrote about the house in October, part of a larger story on urban infill houses. A walk of the Lower East Side neighborhood will find many new homes inserted amongst century-old buildings. Tuzhilkov’s new house will fit the mold, standing next to an 1890 duplex.

Tuzhilkov is the owner of Advantage Auto Parts at 11840 W. Hampton Ave. 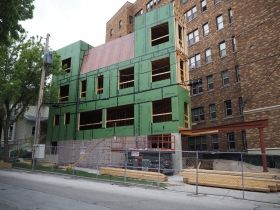 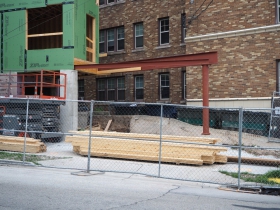 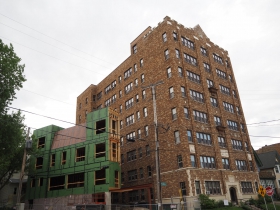 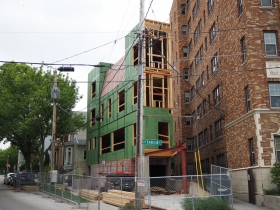 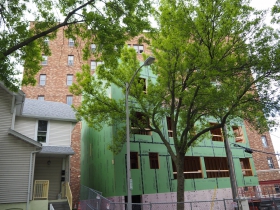 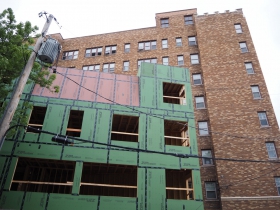