By Matt Martinez, Milwaukee Neighborhood News Service - May 28th, 2021 01:16 pm
Get a daily rundown of the top stories on Urban Milwaukee 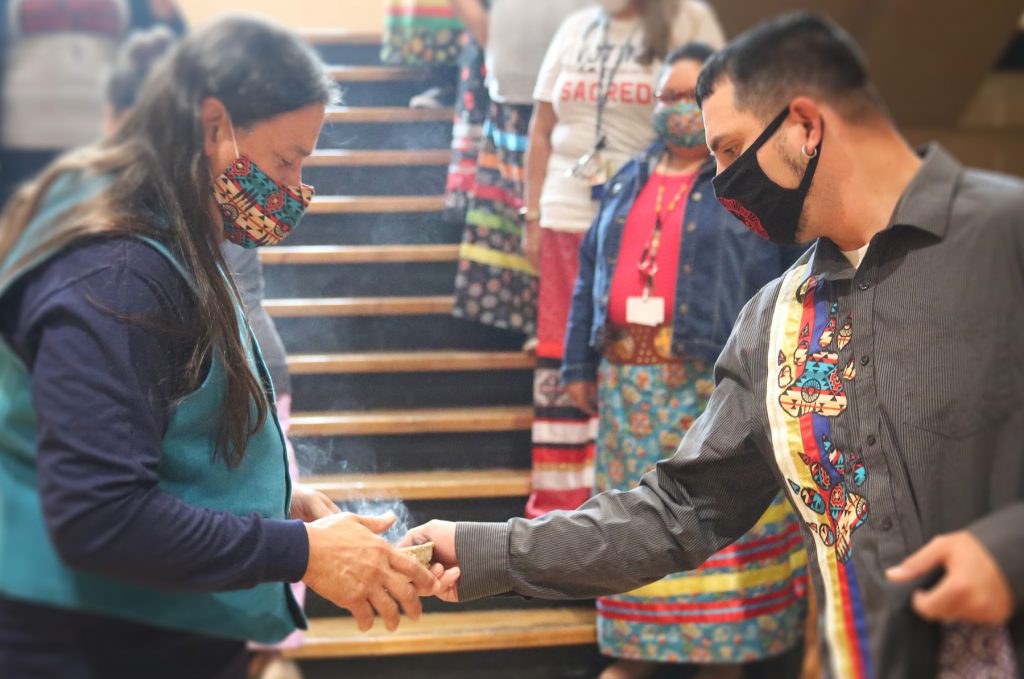 These are integral and celebrated parts of Native American culture. Soon, they’ll take on another significance as staff at the Gerald L. Ignace Indian Health Center use them as part of a new culture-based approach to mental health services for the community.

The center will host the Mental Health Matters drive-through and walk-up event from 2 p.m. to 6 p.m. Thursday, June 3 at its main campus, 930 W. Historic Mitchell St.

The event will be the first of its kind for the center. Maria Farias, program coordinator for Ignace’s Native Connections MKE, said organizers will highlight different healing approaches for members of the community.

For example, Farias said, leaders will offer tips on how to nurture a child with a mental health disorder, how to transition from different levels of education and how to cope with stress.

The ultimate goal is to address mental health concerns while creating a sense of community, Farias said.

It can be easier to approach someone and say, “Come meet me at this fire” and give them the opportunity to speak than to get them to talk in therapy, Black said. There is no one-size-fits-all solution, she said.

“At a craft or prayer fire, people have the opportunity to open up as they want and get comfortable with us knowing they have a certain place that they can go and be open to get help the way they need it,” Farias said.

Thursday’s program will target those from ages 15 to 24. According to Mental Health America, Native American teens aged 15-19 died by suicide at twice the rate of non-Hispanic whites. About 20% of Native Americans reported a mental illness.

At the health center, people seek resources for anxiety, depression and other mental health issues. Many also struggle with post-traumatic stress disorder, Black said. Intergenerational trauma from the historic mistreatment of Native Americans can contribute to this.

It can also be difficult to get people to recognize when they need help, Farias said. Many people struggle, thinking that they won’t be heard or understood.

Thursday’s program will provide a space for being together and healing but also will stress  strength, Farias said. For young men, for example, the focus will be on “restoring the warrior.”

“I want to accentuate there are significant cultural characteristics of strength and resiliency and the beliefs that are sustained within our Native community communities today, highlighting what makes us strong and not losing grasp of that,” Farias said.

What you need to know

The Mental Health Matters drive-through and walk-up event will be from 2 p.m. to 6 p.m.  Thursday, June 3 at 930 W. Historic Mitchell St.

One thought on “Center Offers New Approach to Mental Health”